Destroyed 3 DACs from iFi cause of Static Dischrage, need help

Hello,
Since you have checked everything as described, @Lafonte could be right in his statement.
It is conceivable that this is the cause of the error.

Hifiman is known to have a very poor quality check.
Even with larger models there are always complaints.

If you have another pair of headphones and no problems have occurred in this regard, that would definitely be the most obvious thing to do.

Send the Hifiman back with a note saying you suspect a short circuit that destroyed the equipment.
It is conceivable that if there was a production error, a batch of Sundara is affected.
Hifiman must investigate whether this is due to the headphones or the headphone cable and whether this has occurred once or several times.

As you said, you have a wooden desk and a tile floor, which alone is not enough to cause ESD. Since you also use mats and wristbands, this should definitely be a thing of the past.

I love the “blame hifiman QC” approach hahaha. I know it works well in almost every post but… honestly? They ‘create energy’? Bruh…

I’ve gotten static shock inside my ears from Sennheiser IEM’s. But not from my BLON’s. Does that mean Sennheiser is a shit company too then?

I’m still sitting here in awe of everyone accepting that a charge from a person is insta-nuking multiple pieces of hardware without being this guy: 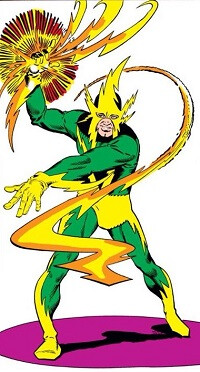 Trust me… I’ve nuked a phone once. I still don’t understand, it felt like not much of a shock to me, I’ve handled other phones with way worse… I guess it’s bad luck?

Yeah, but do you think you brought the juice that nuked the phone or did you complete a circuit from another source?

It does not necessarily have to be an abraded cable.
It is enough if the soldering was poor or if the insulation was not used.
That it can happen is okay.

Hifiman is certainly not bad, as stupid as it sounds, they have often made serious mistakes.
See the Hifiman He 4xx, where it is often enough reported that suddenly the driver failed.
Large Hifiman listeners have also had similar problems.
Something like this must not happen, I’m sorry.

If you have a pacemaker in you, you’ll feel different pretty quickly, and if you consider that it’s because of little things, this shouldn’t happen to you as a manufacturer.

At the end of the day, it’s just a guess that it’s the cause.Hifiman won’t confirm it anyway.
Unless a batch is really affected.
If this is the case, the manufacturer will be replaced anyway and won’t know about it.
And if there was nothing wrong with it, it will be sent back and we will have to look for the cause.

Of course, a manufacturer is not automatically a shit - it can happen and it happens to the best of them.
Individual cases again, but not if there is always something wrong.
You have to be behind it as a manufacturer if you think you are good.
You also have a responsibility somewhere.

Pretty sure I brought the juice? I didn’t have my other hand in the socket

The phone’s battery? It might have been energized and your hand got the power somewhere it wasn’t supposed to go …

I’d find it rather odd that a phone who’s been working fine for 18 months suddenly discharges it’s battery through my hand into itself? But I’m no electrician

i have quite a couple of IEMs and never got any static shock by one. You probably bought a fake.

Yes, i would blame Hifiman for that. Just write them, they’re also on head-fi etc.

EDIT: removed the germany stereotyping. I’m german myself and it was self-irony, not actual patriotism … you don’t that from a german lul

Yes. Sure… Sennheiser is perfect and Hifiman can’t screw a single headphone together without it being a healthrisk

if you didn’t get the irony or are worried about publicly making jokes, ok. That’s not what i’m saying. I didn’t say anything about a health risk - i don’t think the static is harmful to people!! Just for electronic components, like when building PCs and stuff. And i also don’t think this is a common issue, since the Sundaras must be one of the best-selling Hifimans ever, a problem like this should have come up way earlier. But i still think the issue is related to the headphone - if OP doesn’t rub his balls on his DACs for fun lol

So is the current theory that a static discharge to the Sundara which is then conducted to the Amp/DAC is killing it? Even if the sundara body is not isolated from it’s wiring, I’d be surprised if it can kill your gear so effectively. Do you have a multimeter? It’s easy enough to check for a short.

Planars (and E-Stats) are the two driver type with the thinnest (or non-existent) insulation.

Yea I have a multimeter, and I’ve checked for shorts and found none. From the jack to body, and the metal screws the resistance was upwards of 20M ohms. And it’s not that I plug the headphone in and the DAC goes boom immediately. It’s when I have a static build up and I touch the headphones and the discharge then kills the DAC

Sorry, this thread has gotten long and I probably missed this:

No problems with other headphones? Just the Sundara?

It’s very very unlikely headphones could cause this unless it was some sort of intermittent short, and even then you’d almost certainly hear it before it took out the amps.
The fact 3 of them were damaged seems to imply there is something odd going on.
Is the amp plugged into the same socket as the source (PC/whatever)

Most consumer electronics have at least some level of ESD protection, they really aren’t that fragile, when I lived in Vegas, I’d pretty much shock anything I touched that was grounded, and I can’t think of anything I destroyed doing that. My work computer at the time was probably shocked hundreds of times.

According to some here though, that’s just a normal thing that happens when you buy Hifiman gear. it’s build so bad it blows up everything it contacts…

The iFI Zen DAC is bus powered (powered via USB) with option to connect a 5V adapter, which I didn’t use. iFi Hip DAC is battery powered. No external adapters involved. I’ve checked the grounding on USB ports of my PC (rear IO and front as well), their ground was perfectly stable. Voltage output was also stable.