This is the official thread for the Hifiman HE1000v2 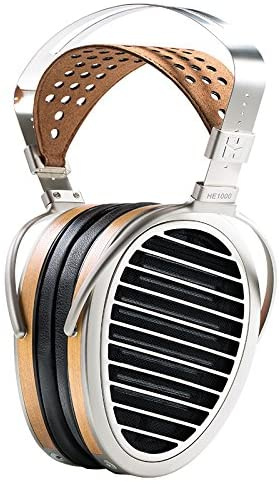 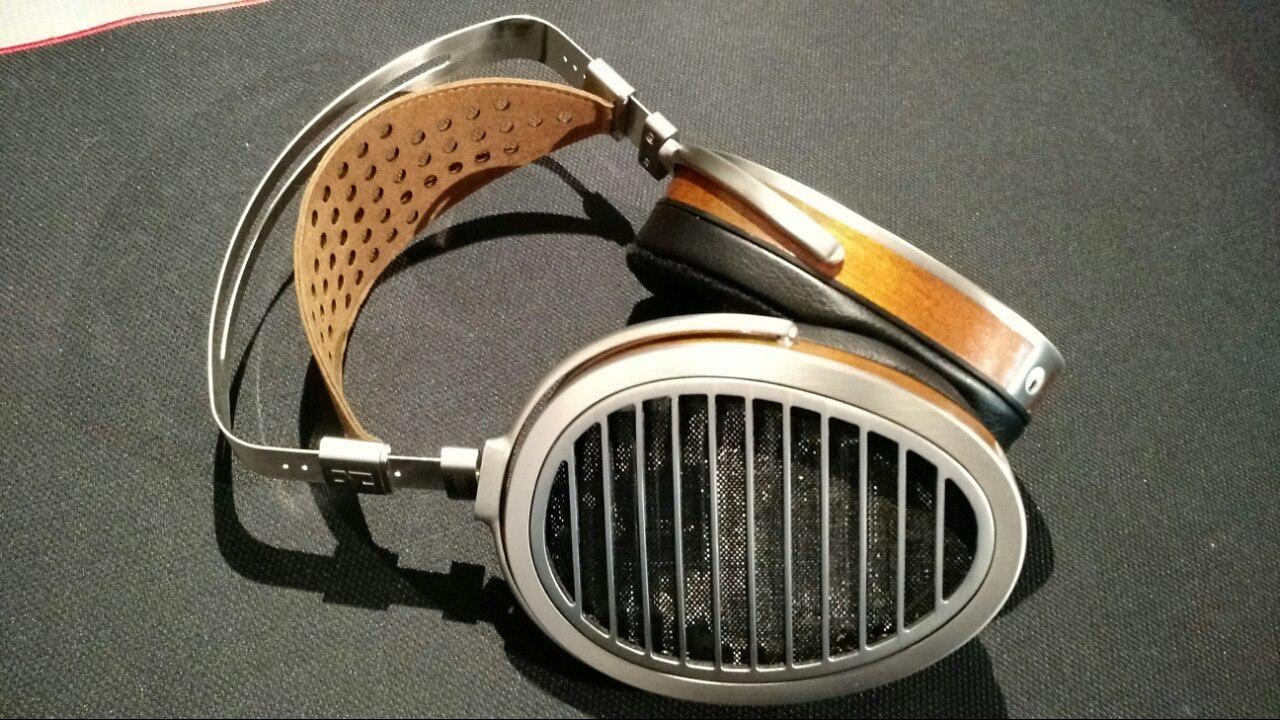 Received these yesterday, so heres a first impression

Disclaimer: Gonna compare other headphones with the hekv2, in my comparison i may use words, like aggression, that may not necessarily fit the description of a headphone naturally. So if I say arya is aggressive, that doeant mean it’s aggressive like the 1990…so don’t get your panties or boxer shorts in a bunch, as this is just a review of my opinions and experiences at my tiny little desk

also I no longer have the arya or hex with me, so this is off of memory

Build seems just a tad bit better than arya,hex, so slightly disappointed with that but no big deal. I was just expecting more. They are light and comfortable which is nice. Comes with 3 gross hifiman tube cables. The box/case is like the hex one, not arya, which is a plus for me.

Used them for like 4 hours last night, I didn’t put anything else on, so i will just compare them to arya and hex, as I feel Hifiman has that distinct height and their own house sound. Probably throw in th900 and 24 for good measure too.

So the hek is more spacious and has more body than the hex and arya. The Hek leans more warmish like the hex rather than arya. The hek has impact like the hex does, but hek is a step up, not like the th900 bass, but it is suprisngly tasteful with added body/space that the th900 somewhat lacks,comparetively. There is no fatigue with the hek that I found, not much aggression, but its still pretty detailed. Smoother than the arya, but still more capable and controlled. The Hek really takes what the arya and hex does and puts it into one headphone. Its got the best qualities of each I feel. The arya being the more “aggressive” of the 3, and hex being the “smoother” of the 3. But that’s just comparing the 3, the arya is not neccasarly an aggressive headphone…etc…and just going off of memory and my own impressions

So as far as negatives go, I will compare to the 24. The Hek separation from low end to mid can be a tad less resolving than the 24, but the hek has deeper bass with more impact, but the 24 is better detailed and has more bass texture. Quantity vs quality. The 24 in the upper frequencies seems to have a wider stage than hek, hek just has some more forwardness, mainly with vocals comparatively, but both pretty much have the same detail retrieval with vocals, but 24 has the edge with vocal timbre.

So pretty happy with it by itself, not sure yet if it fits in my collection with the 24,th900,hawks as of yet, but i do enjoy it. I will only listen to the hek for a couple days and then throw on the others for a true comparison. 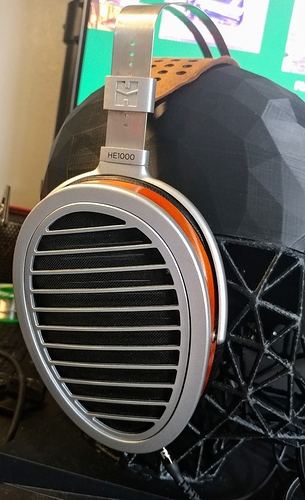 When you get more time with them, I’d love to hear more comparisons between the HEKv2 vs. the 24. Both of those intrigue me and would be on my short list. Thanks!

I’ve been trying out a couple of different cans so I’ll post some brief impressions.

The HekV2, to me, sounds like a slightly more warm and organic Arya. I found it to be a more pleasant and quaint sound that was never muddy or overly dense. I found the Arya a bit more cold and thin in comparison but the Arya makes up for this with its remarkably large soundstage and instrument separation. There are a discernible distance and space between the various instruments that combined with the large soundstage create a very fascinating and unique sound. The HekV2 still has the big Hifiman planar sound but it trades some of the Arya’s sheer size for a more natural presentation. Instead of screaming “look at me!", it’s a bit more lowkey and laidback. It sounds more intimate if the song demands it without sounding grainy or harsh. It’s a very welcoming and engrossing sound that still manages to deliver better detail retrieval than the Arya without ever coming off as fatiguing. The Arya could be considered the more immediately impressive headphone because of its grand scale but the refined technicalities and more pleasing tonality of the Hekv2 more than make up for this in my opinion.

I also briefly compared them with an LCD-2 with which I have also parted ways. The Pre-Fazor sacrificed much of the Hifiman instrument separation for a more smooth and warm presentation. Especially with the Arya there’s sometimes a feeling of empty dead space or a frail sound that the LCD-2 does not have. The Audeze packs a meatier sound in the bass region while still feeling laid back and unobtrusive. The vocals are not particularly pronounced but yet sound intimate within a big soundstage. A lot of it is due to the more traditional music presentation instead of the more spacious 3D feeling delivery of the Hifiman.

If I were to rank them by preference I would do:
HEkV2 > Arya > LCD2
They’re all great headphones though. These are all just my findings using a Bifrost 2 & Taurus MK2. You may have a different experience depending on your gear. I’ll also mention that initially, I did find the Arya a bit thin and frail sounding without having much body or impact. This changed when I switched from the Liquid Platinum to the Taurus MK2. Because of this, I wouldn’t be surprised if the Hekv2 could further scale up if I upgrade my source gear but for now, these are my limited impressions! 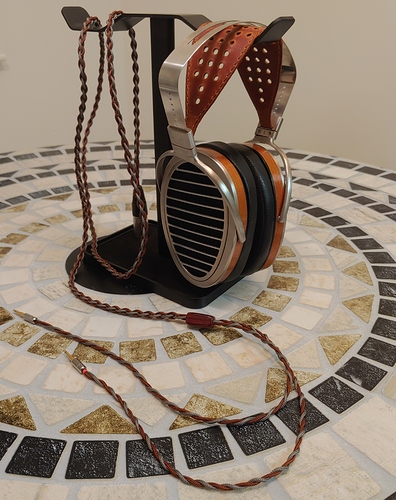 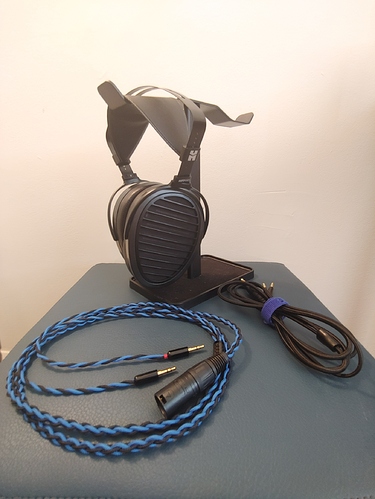 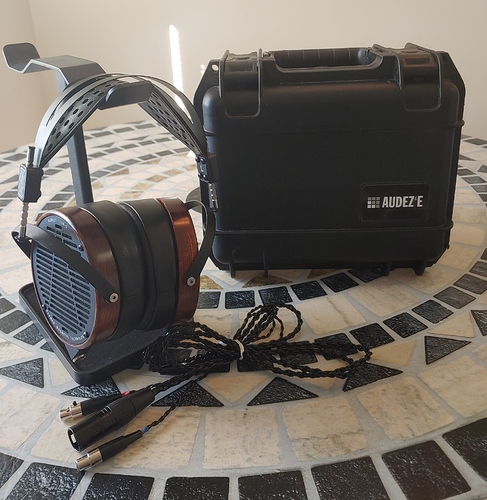 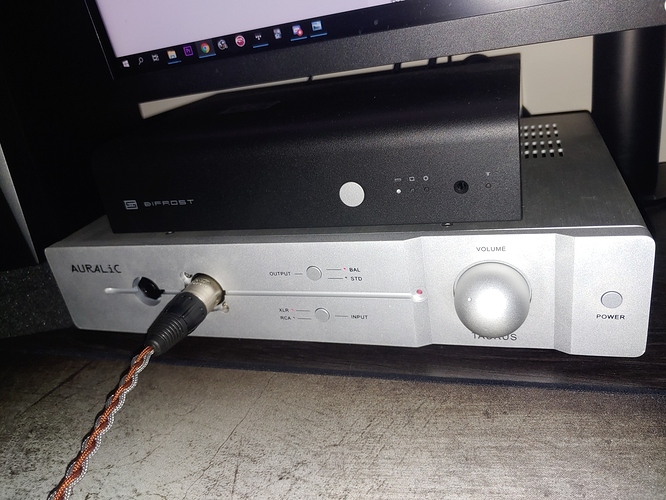 I also briefly compared them with an LCD-2 with which I have also parted ways with. The Pre-Fazor sacrificed much of the Hifiman instrument separation for a more smooth and warm presentation.

as someone to whom the LCD 2 has been crazy detailed with separation and precision that i’ve never experience it’s always interesting to note that it’s not as detailed as many cans in the same price range and higher. can’t even imagine the detail on the two hifiman u have lol. but very noice. noice right up too!

The LCD-2 is still very detailed! I don’t mean to undermine its abilities. It’s also not only that the LCD-2 isn’t capable but that it doesn’t prioritize micro details. It instead favors of a more cohesive ‘musical’ presentation that’s very engaging. I will say though the instrument separation in the Hifiman is very impressive!

The HE1000se is an updated version. They don’t call it v3 because it has a slightly different signature and some people prefer v2. Both are being sold at the same time, so it’s not really a replacement.

The se version does have a bit more resolution and technicalities. The signature is a bit brighter. It is easier to drive by a slight margin and it’s more expensive. 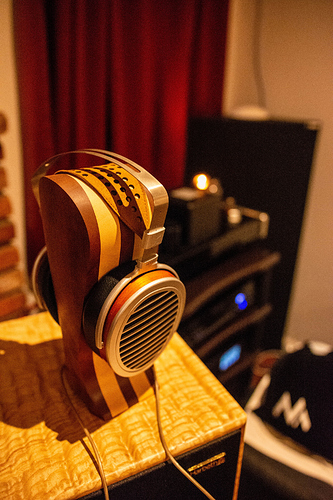 I’ve had these for about a week and finally ready to add my impressions on them. After being able to tap into my monoblocks, this is one of the few combinations that can pull me away from my speaker setup. I can truly say that I have an endgame setup for speakers, IEMs, and now headphones.

The one-word summary of HE1000v2 is engaging. It’s a headphone that draws you in, but not in your face. You can put this on for any genre and chill next to tubes. I really dig the presentation. Some may say that the soundstage is ridiculously wide, where it sounds are coming from far left or far right, but with my chain now, the stage is just perfect.

When I close my eyes, I can imagine a pitch black stage that goes endlessly. It’s like being at a dark piano bar, with a spotlight, and you can’t see anything endlessly. The presentation makes me imagine that if I am singing, the voicing is right at my mouth. I am the performer. The surrounding detail is perfect. The supporting instruments are not too far away and not too forward. It’s realistically to my right and I can still hear the pluck or keystrokes. You can hear the saliva, the air, and the wisp of the singer. The timbre for each instrument is realistic. Pretty mind-blowing stuff. It certainly helps to get the chain just right though. Tonight’s a good night (even though it’s Friday the 13th, 2020) 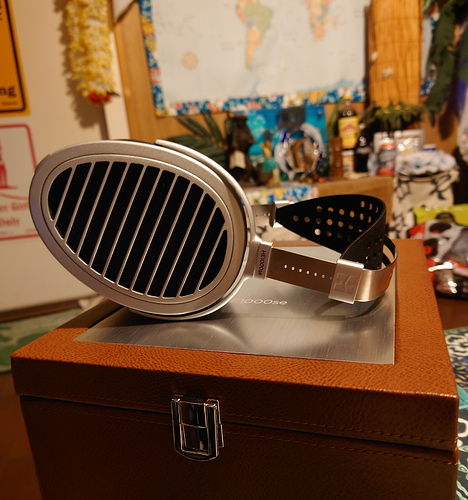 Would love some lamb/sheepskin leather/pleather pads. Not a fan of stock
Anyone know where?

Might be worth contacting Vesper Audio and see if they can make a custom pad set for you?..as I can’t think of any off the shelf after market pads for that set

there is a chance any other pads would change the sound and maybe not in a way you like.