Is a Schiit Stack still worth getting?

Hi i’m pretty new to the whole headphone dac/amp thing and I was wondering if getting a schiit stack is still a good idea. I’ve heard good things about different dac/amps with a similar price point and I don’t know where the magni and modi stands in todays market.

What are you upgraging from?

Not that there is anything wrong with Schiit. At the moment the JDS Atom is probably the best $99 + shipping amp to get. It maybe considered an upgrade over the Magni. JDS has the OL DAC if you want the same brand, however because of form factor they won’t be a true “stack”. If you like the aesthetics of a true stack, Geshelli G-stack might be worth considering, and are back in stock recently. Though looks (acrylic) and price might not be your thing as their DAC costs a bit more.

It’s fine, but it’s not the best in that price point anymore. The JDS Labs Atom and something like a Topping D10 Dac is a great combo. They both objectively measure very well with little to zero noise.

One thing to note with the Geshelli stack is, if you need USB connectivity, their DAC doesn’t have it. Other than that, it’s a fantastic combo (though it’s about $100 more than Atom and D10 pairing).

Having gone through thousands of dollars in headphone amps and dacs(I can’t pass up a good deal ever), the Schiit stack, unless you’re going balanced, is all you should ever need. 3W at 16ohm will power nearly anything. The Magni doesn’t measure as well as the Atom but if you only buy for measurements you lose the fun in the hobby IMO, just make the music sound good. The Modi 3 can hang with DACS many times it’s price if you don’t plan on running MQA or DSD. Today you have so many options for a $200 stack so you can mix and match to your liking, but the Schiit stack is still definitely worth a look.

https://ifi-audio.com/products/nano-idsd-bl/ is a solid Dac/Amp combo with a balanced 3.5mm headphone out, a 3.5mm line out, MQA and ok OTG

How is it for an at home or office setup though? That’s what always worried me about it.

Versatile for me mate, we live on a barge/boat in the UK (space is a premium) works great but I don’t use it OTG tbh but I it does have a good battery life…Home in the galley feeding a Little Dot MkII and 660s…I like 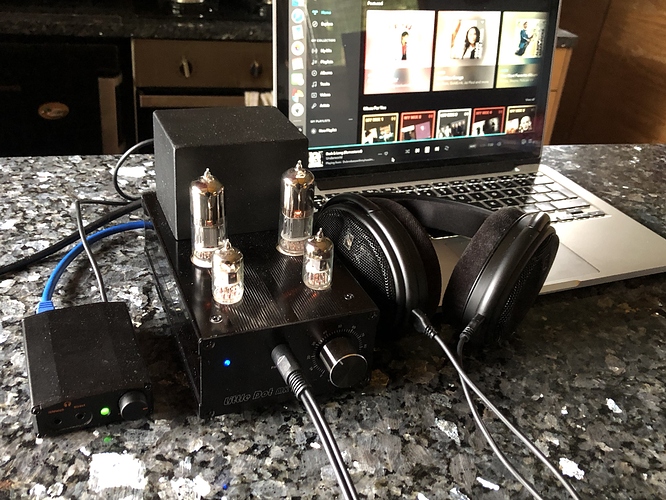 If you don’t mind a tiny (tiny) bit of DIY, the Atom with a Khadas tone board +printed case makes for a nice stack. As far as objective testing is concerned it is the best (testing) $200ish combo- the Tone Board is 99, and the case is 15or so.

As far as the DIY goes, you just order the case printed separately and the DIY part is putting the tone board in the case and tightening a couple nuts. No problem for even the least handy. PM me if you want me to point you towards getting the case printed. 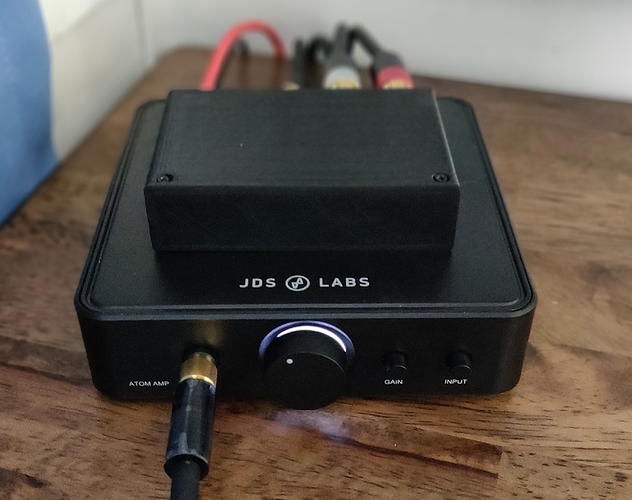 As much as I want a bunch of other shit, I wouldn’t mind scoring a secondhand Schiit stack to go with the Schiit Loki I’ll eventually own.

I used the Schiit stack as my primary headphone driving combo for several months. It sounds very good. The Magni has plenty of power and pretty good fidelity. I recently got a JDS Labs Atom and it is definitely a sonic upgrade over the Magni. I don’t have any other ~$99 DACs to compare the Modi to, though. I’m still a fan of the Schiit aesthetic though, if such things matter to you. But, the Atom is going to replace the Magni as my work headphone amp, as that’s where I do most of my headphone listening.