Anyone tried the Allo Volt Double? Picked mine up from pishop recently. Sadly the chintzy plexiglass case came damaged in spite of highly padded ample packaging, it really is that cheap of a case. I bought a $20 laptop charger off Amazon for power supply and swapped out my desktop setup 2 channel Onkyo receiver for this recently. 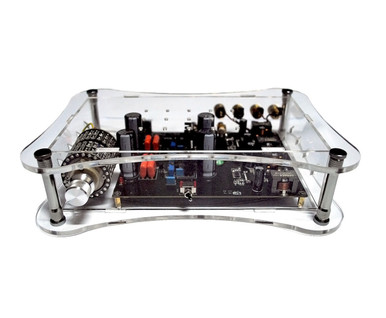 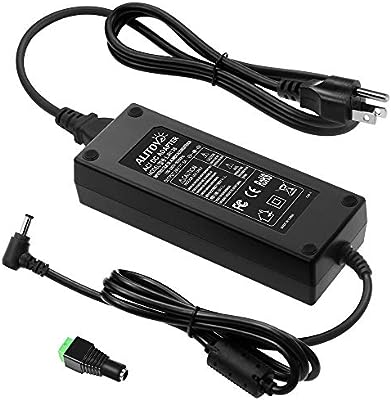 Kind of in shock how much more detailed, controlled, bassy and musical it sounds. Was not expecting that kind of upgrade. I haven’t seen anyone post about it here, at least not recently. Seems like it’s the rough amp equivalent of a Khadas Tone Board. For a n00b like me just sounds really really good. Not sure if this amp competes with the normal rec’s here of Denon pma800ne or PS Sprout 100 for an upgrade from HT receiver sound so I’d be curious if anyone’s tried it and how it stacks up.

FYI long time lurker, first post, might be off on my forum etiquette and yes please do correct me if so

It looks pretty cool. Too bad about the case though. It’s tough for me to get an idea of the sound from the description- I’ve mainly ever looked at Raspberry Pi’s for emulation and never considered audio applications. Welcome aboard!

Did you buy this prebuilt? I thought it was a DIY kit only from what I knew

This would more compete with the more budget amps like the topping pa3 or smsl sa300, which imo it’s a higher tier than. I would also rate it higher than a basx a100 if you had a good power supply for it. I don’t think it’s of the same tier of the pma600/800ne or sprout 100, but I do think it’s a very good value for what it can offer (sound wise at least lol)

Yeah, so I bought it prebuilt plug-and play. All I needed was the power supply and it was good to go. I think there are a couple of vendors that ship to the US, Chicago Electronics Distributors, Pishop, and maybe Allo themselves as well. Build wise it’s kind of a sad joke and care needs to be taken not to damage the flimsy plastic and expose the circuit board to harm, though it does look pretty awesome with transparent casing. The stepped attenuator is a really cool add-on in theory, but it’s so friggin stiff I just don’t use it, I have it near maxxed and use my Asgard 3’s pre out for volume control. But sound wise going from the standard Onkyo 2 channel to OL Dac Toslink + Allo Volt Double was really dramatic. I thought I needed to upgrade my speakers (some older Sony towers), now I realize the speakers are great and just need better source gear.

For the $138 that I paid shipped I’m really happy with it. Seems like a great entry level option for someone wanting to pair nice passive speakers with higher source gear

The stepped attenuator is a really cool add-on in theory, but it’s so friggin stiff I just don’t use it

Ah, that will get easier to turn with use, but you can just bypass it as well lol

Yeah the one I tried, the guy had build a real nice custom metal case, was pretty sweet

Yeah the one I tried, the guy had build a real nice custom metal case, was pretty sweet

If he’s selling those tell him he has at least one customer lined up. Maybe you can play the middleman and work in some referral fees lol

Lol I already know he wouldn’t want to sell, mainly because he doesn’t like working with metal in the first place