Any good 5.1 AVRs, with a good headphone out?

Good as in “clean and not cloudy compared to my smartphone headphone out”, at least.

I can get a Pioneer VSX-832 for dirt cheap, but their own page says 10%THD headphone out (wtf!). Anyone tried it anyway? I don’t want endgame stuff, just clean sound for a little gaming room.

You could just get an avr and a jds labs atom connected to the loop out. Then you have a great headphone out and can choose whatever avr you want

Yeah, well, my current AVR has zero RCA outputs, so!

I think it has a surround back out through rca’s which act as a preamp out, and might be full range (you may have to configure that in the settings of the avr to ensure that there is not a crossover or multi channel splitting. Also aren’t you planning to get a new avr for this setup anyway?

what does that matter LeD? you’re looking for a new solution…that’s a solution!

I think it has a surround back out

Yeah but, useless. It’s a pre. I would have to unplug the speakers everytime I want to use my headphones…

Ah, I thought that it had speaker selector switches that you could mute with lol, sorry about that then. But with a receiver with a line out, the atom idea would be your best bet

Agreed, line out + atom is probably the best idea for a good headphone out (and probably the only good idea if you have T50RPs heh).

Anyway, I’m mainly curious about the options. I won’t (…can’t, even) buy an AVR this month. But it seems like good AVRs are rare. As if these were all all-in-ones sacrificing quality for features. Apparently my old AVR-1312 was an “exception” 10 years ago. Not much features, and everything went into the sound. I want to know about the “exceptions” of the last 10 years.

This forum is full of DACs and amps recommendations, for headphones or two speakers, but there’s nothing about AVRs. I want to know if they all suck.

I should just say that I think the new 5.1 receivers are not going to have really good headphone out’s, but you might be able to look for older, vintage receivers that actually may have a better headphone out then the newer receivers. Manufactures just expect that you use headphones on a computer or phone, rather then a receiver nowadays

I personally think that separate components, like a 5 channel power amp, and a surround sound processor is the better way to go, because then you can upgrade the processor if you need more and keep the amp. Also separate components are typically higher quality sounding then an all in one imo

Manufactures just expect that you use headphones on a computer or phone, rather then a receiver nowadays

Well I never saw a computer monitor over an AVR except in my room either, lol.

The amp sounds GREAT, like it should. The unit is in good physical condition with scuffs and scratches on front panel. Pulled from a 5 year storage. 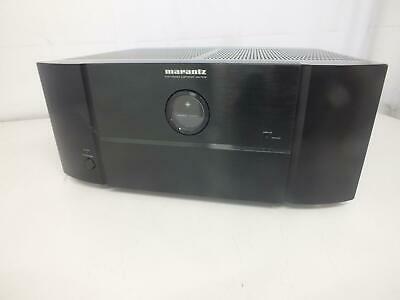 This amplifier has been tested by our technician and is ready for resale! Inputs and outputs work as intended. The back right peg is cracked (see pictures). NO cables or any accessory is included!

In working condition. Only the amplifier, no extra cables manual or remote. Demo is possible in Orlando, FL near UCF. 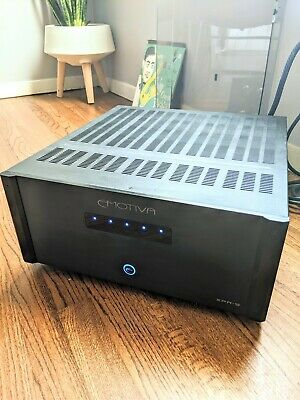 Nice condition, only a few minor scuffs. Original non-smoking owner, purchased directly from Emotiva. Bought it to run a home theater system but we moved so we're downsizing the setup. Enormously powerful with 200W x 5 of class A/B power. Balanced... 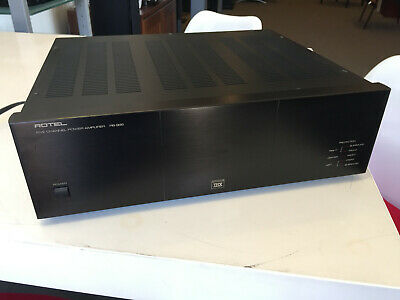 Stuff like this for the power amp, and then a separate surround processor. You can find better prices, I just grabbed a few examples that came up first. You can find good deals on your local used audio sellers/classifieds, and get excellent amps for a good deal. But you would still need to get a processer and stuff, so this would be a more high end option 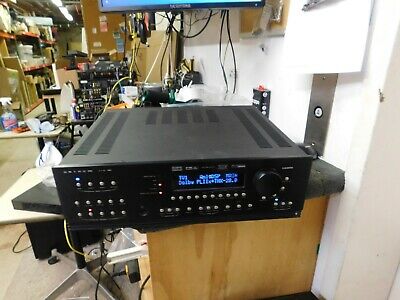 Find many great new & used options and get the best deals for Anthem AVM-40 HDMI Surround Sound Processor - Good working (BIN000) at the best online prices at eBay! Free shipping for many products!

Among the Model 975's many features are •32-Bit CS497024 Processor. •All Channel Stereo. •On Screen Display (via HDMI only). •5 Analog Audio Inputs. •Advanced LFE and Sub Level Config. •2 Composite and 2 S-Video Inputs.

Hah, I didn’t even knew most of these even existed. Thanks again!