Anyone heard the Erzetich Mania or Phobos?

They seem pretty interesting design wise, and are kinda marketed towards high end studio usage, so that piqued my interest. Would like to eventually check some out, but I have no idea where I could find them

Interesting, typically studio gear tends to focus on more intimate sound because wide soundstage can end up being detrimental sometimes. Thanks for finding that video!

Lol yeah, my abyss weighs in at 640g and my mx4 at around 600g so holy crap that’s heavy for a headphone. 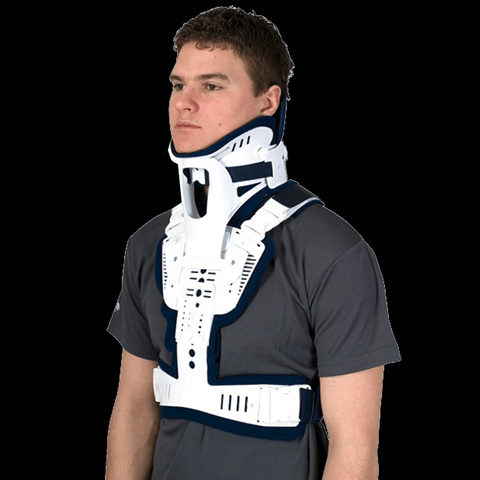 Could be modded with some extra foam and bit of carbon

If that came with built in dac/amp or and battery pack. That is a million dollar idea.

Version 1 will be unbalanced. Then v2 will support balanced and cost $100 more.

2 car batteries with an inverter powering a tray table like fold out turntable, headphone amp, and wine glass holder

No the trick is that we make a proprietary as shit connector and signal that is used to connect the headphone to the system, so if they want to connect a headphone at all they have to buy a converter box to get the signal from the amp that turns it into a usable headphone signal.

Edit: or like buying a camera body, but you still need a lens to use it

I was thinking go pro with external mic adapter having a chip in it where it won’t work otherwise.

I thought you mentioned something like “red camera” where they claimed propietary storage tech, when it’s not so much.

Hmm I like it, a monthly subscription service like satellite tv. Yeah, now that you mention it, we can’t get too proprietary, because then that might cost too much to actually design it.

Heard these two headphones and their youngest on-ear cousin yesterday on HiFi Ljubljana audio show and also spoke to their maker Blaž Erzetič.

I will try to describe how they sound but take this with a grain of salt as I am no reviewer nor a headphone expert. Now buckle up and get ready for a minute of my confused mindflow 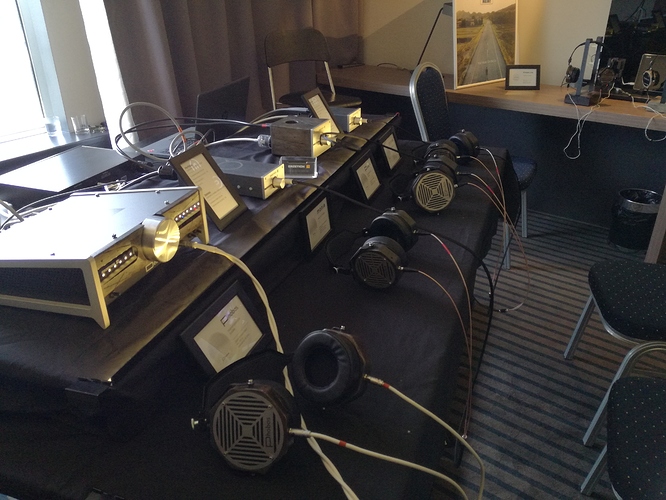 IMG_20191005_154209.jpg4160×3120 3.57 MB
About Mania headphones: They are not as dark as in the sound demo but they are on the darker side. Bass is sufficient and very natural, mid-range pleasant but a bit shallow on times (especially female vocals) and the treble is where it should be. I cannot comment sound stage and imaging as I did not listen to my test tracks. I tested them with unknown music streamed from a high quality dac through all four Erzetich amplifiers. They by all means sound amazing but their bigger brother Phobos sounds better in my opinion. Their maker said, his focus was to create audiophile grade headphones that can handle heavy metal. I forgot to ask him why a titanium coated driver but I assume it is to customize frequency response. 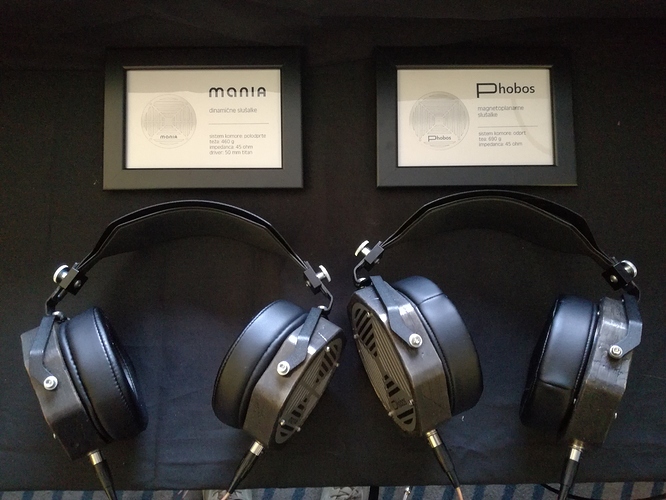 IMG_20191005_154313.jpg4160×3120 3.79 MB
Phobos is a very similar headphone to Mania and yet so different. Both are very comfortable but Phobos has the edge over Mania in some way but I am not sure what it is as I only had about 30 minutes for listening. Compared to Mania it has a bit more pronounced but more delicate treble and just a touch warmer mid range. It is overall a better headphone in my opinion than mania but I have to repeat that this conclusion is based on unknown to-me music.

I also compared these two headphones to my Tin T2 with silicone tips. Female vocals are more “meaty” on T2s but the other two provide more details overall. If you are treble sensitive, then Phobos might be a bit too much for you but I had no problems as the treble is managed very tastefully.

Mania, Phobos and T2 comparison:
I sat down on a chair and occupied the 3 expensive amplifiers (they are a bit different sounding by themselves but I determined this difference is minimal compared to headphone signatures. I also mixed combinations in between the test). Mania is the darkest from these three. It sounds like you were listening to music in a hall when you compare it to the other two. Phobos and Tin T2 are similar in brightness but have much different profile. Phobos has more relaxed mid range, clearer highs and more instantaneous bass. Tin T2 is more mid range focused compared to the other two. 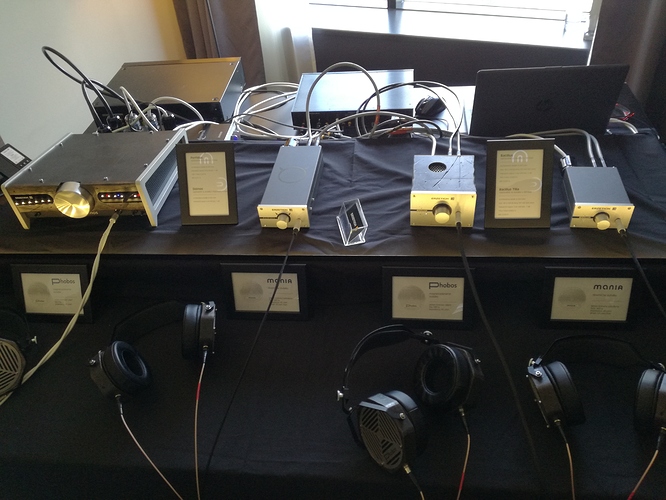 In the end I have to emphasize that company founder and one-man band Blaž Erzetič (Blaz Erzetich) is a friendly person and a very good engineer. In his youth (he ain’t old) he made his own audio equipment and then evolved his hobby in a company that we know now.

If you need or want to know anything else, just ask me.

Nice write up, and thanks for you impressions

I would be pretty interested in the phobos in the future, so I hope I get the chance to hear it sometime

The Phobos is very good, you can check out my short review

And I love how it looks