Are the ATH-MSR7b any good?

long story short there is a good chance i could get these for about 100-150 $, the question is are they any good.
Most of the reviews I’ve seen are fairly positive but i’d like to hear if anyone else has first hand experience with them

I’m curious too, but I personally would snatch them up for $150. MSRP of $250 is quite a lot, but if it’s an upgrade to an Audio Technica M, I may think about buying one in the future.

I really like the GM color with brown pads.

ya they look kinda nice but 150$ is still a fair amount (even though its a nice discount) that could go to another set, which is why I’m asking

I own the old MSR7. Extremely bright. Very closed-in sound, almost IEM like. Bass light (hearing down to 28hz but is very rolled off). Good imaging. Fatiguing (mostly because of 5k and 9k peaks, pinchy treble, more than DT1990). Very good female vocals. Lightweight sound (rolled off lower mids). Resolution is very good for $200. Very thin sound and it has somewhat similar timbre with my DT1990, but more metallic than DT1990. Analytical type of sound, no decay or grain at all (by my own ears). Being very bright, you cannot listen loud, is the type of headphone that is loud without you noticing and you start crank it up and start getting ear fatiguing, a thing that happens on my L700. They should be used for their purpose, for using on the go and not as a all around headphone. It works for csgo, the sound is claustrophobic and you can pinpoint enemies, but the highs… the highs are too pinchy. Is the only headphone I can call it “pinchy”.
And they don’t scale, I hear very little difference across all my sources.
Better get DT770, K361, HD 560S (PC38X), KPH30i, M40X, DT880 (bass light, similar sound sig with HD800), used Sundara.

Cool good to know, considering that from what I’ve been told the B varint is even brighter

So when you say sound is claustrophobic, is the soundstage “typical” closed-back or “no-soundstage” like the Audio Technica M series.

I like the idea of bright and resolving, but I absolutely hate the M40x’s lack of soundstage. My Pro4AA doesn’t have any either, but the M40x in particular is unbearable for some reason.

I owned the msr7 for a bit of time… soundstage narrow, imaging is alright fairly average, fatiguing? eh not really… beyers are brighter so this definitely isn’t extremely bright, very good for mids and highs as the bass is recessed which can be fixed through simple EQ. Designed a bit analytical but not even close to something like a 1990 or 990. If you don’t drive it right though it gets much much brighter to the point of annoying/sibilant 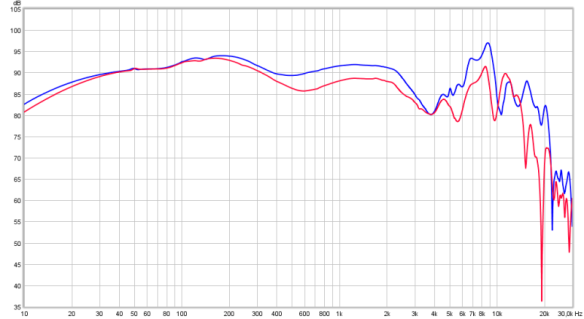 Only in games they’re claustrophobic, and to some extent it’s also because they are also closed back. Humans should hear stuff around them, otherwise they don’t feel comfortable.

Ok I test them again when writing this. Can’t hear the 33hz bass from Eminem - Back from Bahdad even if I push the cups closer to the ears, it increases the bass but not the low bass. It does have a way smaller sound than DT1990 mostly because of the smaller driver I guess, it sounds more 2-dimensional. It sounds harsh. The transient response is actually similar to DT1990. Harsher than DT1990. Very thin. Very black background. It has the tendency to sound crisp and snappy no matter what I listen to. I like them because they don’t have the boringness/grainyness of Philips headphones. And yeah, they are not headphones to listen loud. The sounds are intense at small volume (I think this happens on Beryllium-plated drivers and this does that without it).
The bass slam/hits are very weak, bass light, absolutely no grunt, no midbass, but very good lower mids.
After all, they sound crisp, clean, clear, very bright, thin, analytical, intense, small, fast, basslight, present (very), easily can become harsh with the volume knob, extremely easy to drive. Listened 2 albums in a row without even realizing :lol:

Also want to add that they are not comfortable, I needed to put a book behind the cups for 3 days straight, the clamp is too strong, at least me, well they are… portable headphones so they are made to not fall down when you ride the bike or running at the gym :lol:
But this is not the biggest problem, most of the weight comes from the middle of the headband, is like something is touching on top of my head. So make sure you have some quantity of hair on your head :lol:
And after 3 years, they squeak when moving or adjusting them on head.
And the paint from the cups, had Gun Metal, “corroded” (can’t find a different word) and now the cups are black instead of brown :lol:
And one of the shorter cables already died at one end.
And it doesn’t remove the surrounding noise like I’ve experienced with another set of headphones, it was one that could bend the headband flat, can’t remember the name. It’s not near the effect of an IEM. With IEMs I can hear every breath and it’s annoying and MSR7 doesn’t do that.
Watch the innerfidelity video of them, he used brute force to change the way they clamp. It’s a very strong steel, but when thinking about it now, the strong clamp is intended, otherwise they lose bass quantity so now it doesn’t sound as full as brand new because I didn’t liked the clamp force.

alright, that’s my kind of headphone.

Might give them a shot, but may not depending how much impulse control I have. I’d like to save up for some more expensive AT open-backs, or maybe Moondrop’s rumored headphones if they ever make it to production.

Msr7b or Sivga Robin? Which do is better all rounder?

I haven’t tried the MSR7B but the robin is a good headphone but I wouldn’t call it an all-rounder it heavily favors the bass, for me the robin is more of a guilty pleasure kind of headphone for certain music types of course, a lot depends on your music preference , budget and your gear