Anyone have experience with a balanced argon mk3 with a tube amp like the loxjie p20? I’m looking to get into tubes and a closed back headphone. I currently use AKG 712 with atom amp. Also any info on the AKG with loxjie p20 too, thanks!

I really don’t think that would be a good combo imo, not really enough power tbh, it’s not a strong amp. It would work but for that price getting a magni heresy would be what I would pick

What about a tube amp? And is it worth it to get balanced? I have no experience with balanced

I don’t think the Argon’s are a good choice for a pure tube amp, so you’d be looking at a hybrid, how much do you want to spend?
The P20 seems like a terrible match for argon’s, it’s like 40 Ohm output impedance
The Vali would probably drive them, but I’d want to hear from someone who’s hear the combo.
The CTH is OK with the T50RP3, so it would probably be fine, but it’s a step up in price.

Would the argons not work with a tube amp because they are generally not powerful enough? And would the Atom be enough to power the argons? My budget is up to $300

Low impedance headphones and Planars in general, don’t usually play well with tubes.
It’s not power it has to do with the output impedance of the amplifiers and the loads they are designed to drive.
Hybrids don’t usually have the issue, but the P20 specifically does.
You also have the power requirements issue with the Argons.
I’d probably go with the Schiit Asgard 3 at that price, or the SMSL SP200 if you want to go THX.
You might get away with the atom, but the Argon’s are somewhat notorious for requiring power to sound good, so again you’d want to find someone who’s actually tried the pairing

I would say the asgard 3 is a good choice (the 2 is way behind in performance compared to the 3), the a3 is def my pick, I think they pair very well with argons

Only way a pure tube amp would work well with Argons would be either by using an Output Transformer (Change some of the Voltage to Current), or Use some REALLY high transconductance output tubes (Zana Deux for Example) if you want to go OTL.

Idk enough about other topologies such as the Parafeed and Circlotron to give a correct opinion as to whether those designs could function With Argons (well anything can function with enough power I guess, but maybe not efficiently/pragmatically), although I believe Parafeed also utilizes Output Transformers based off of assumptions from the Bottlehead Mainline, so take that as you will.
(Circlotron has a floating Power supply and couples DC with the tubes themselves, essentially a different type of OTL amp, with some other unique quirks).

The Second Example Of OTL and High Transconductance however is very particular seeing how the most common tubes for this type of design is the 6C33C or 6528 (Or Equivalents) and the former is a very difficult tube to work with due to the HIGH heater current (Ranging to almost 7 Amps at 6.3V for a single triode), and there are few examples where that specific tube is used for a Headphone Amp (This tube IS used for Speakers However).

6528 could also work and are easier to work with (Only 5 Amps) but would essentially need one per channel, so maybe a La Figaro with 5998 (2.5 Amps) (The La Figaro cannot handle a 6528, maybe it can but from the look of the transformers, I’d rather not try), but the price is high for the tubes and amp and the certainty of it working is low.

The Darkvoice can also take a 5998 and can’t work “well” with the Argons, so it’s unlikely the La Figaro can, even using pentode drivers for more power. Besides, at that point you’ll be limiting the tube rolling possibilities of the amp since you’d always need to buy high transconductance power tubes.

As stated before in other responses, best way to get Argons to work is essentially an adequate Solid State, or a powerful Hybrid that can give the current requirements/impedance requirements, which is why the P20 is inadequate, due to power limitations in general (at 64Ohm it only produces 665mW, which isn’t adequate in this case, especially with the relatively high output impedance).

Oh also reason it took so long to respond was because of homework, got a 27/28, because of this little gem: 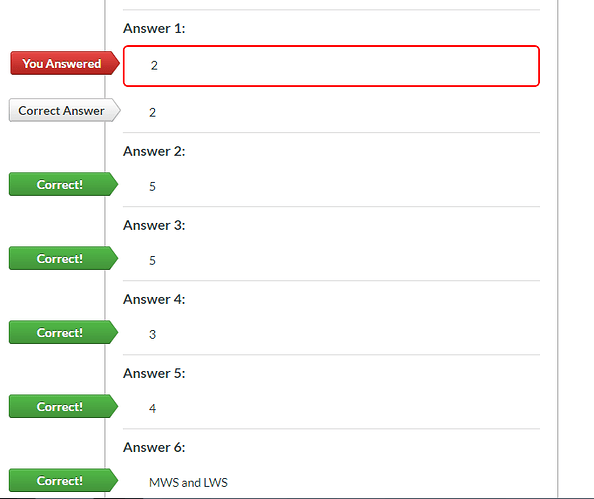 Tldr don’t get a tube amp with argons lol

Also that’s some real shit on the homework. Canvas I’m guessing? I had to work with a school to set one up canvas for them, feel bad for the students lol

Oh yeah, not the only time one of these have happened, at least it’s funny to see when it does. Makes my day in a weird way.

I have an Atom and the Dekoni Blue - which is a T50rp mod like the Argons. The Blues are the one set of cans I currently have that the Atom powers insufficiently. The problem is in the bass. The bass is just a touch sloppier and boomier using the Atom than with something with more power like the SP200. My Magni 3 (not the +) had sufficient power to drive them well. So I suspect you’ll want an amp that has 2400mW power at 32 ohm minimum.

Yeah in most cases Bass is the most current heavy thing an amp has to perform, if the Power supply isn’t up to it, or there’s too much resistance in the wrong place, there may be a lack of bass or a less refined/defined bass.

Also speaking of the Magni, my dad bought himself a Hersey and the Power Supply for that sucker is heavier than the amp itself. It get’s pretty warm too besides being so big already. I got him a Loki Equalizer and had to label both so he wouldn’t get confused (both have the same type of connection, so if you don’t see the actual Power Supply, you may get them confused).

I have ordered the balanced Argon mk3’s but can I get a regular unbalanced amp? I got the balanced mod just in case I even wanted to use it but there’s no harm in running balanced headphones on a non-balanced amp right? Only other way around can cause issues?

Didn’t read the entire topic but… Why make it so complex? MT-602 (or whatever tube pre amp you like) between your dac and amp.

I just want one box on my desk I can plug my balanced argons and unbalanced dt 770’s into and power them well and nothing break. I don’t need anything fancy, just power with a decent DAC or connect my fiio ek10.

Should I just order a schiit heresey from USA with the europlug and pair it with my little fiio? would that work?

Apparently magni gets quite hot so heresey is better

Neither the Hersey nor the Magni are tubed so I don’t know how this even relates to wanting tubes.

I dont want tubes. I just want to use my balanced and unbalanced headphones on the same device.