I have a load of questions in relation to my plans for a 5.1.2 system in my new living room as laid out below. My main question is does the L shape make the whole thing a non runner? There are a few obvious problems with the room (The fake chimney breast being a major one). The TV, a LG G1 55 is placed on the fake chimney breast, this being a little bit out from the main wall where I am thinking of placing the speakers. The other being that the surround speakers will have to go on the opposite wall to the TV rather than the side of the room. The living room section of that room is 16ft L * 13.5 W * 9Ft H.

So My current plan is to go from the G1 (Netflix, Antenna, Now Tv for sport, Amazon Prime, Apple TV app, antenna, and satellite) to a Devon AVR-X1700H via HDMI/EARC.

The speaker plan then is for front ported L & R channels above the orange and blue chairs towed slightly down and in towards the main listening position (couch), I’m currently thinking something like the Elac DEBUT B6.2. I would love to match them with a normal centre like the Elac DEBUT C6.2 however I think the aesthetics are so clean that a centre channel would ruin things. So I might pair them with a KEF T301C or just go full 3 X KEF 301 for LCR and keep the gallery aesthetic. I know you’re not supposed to mix LCR however, if you look at the below pictures you’ll see my predicament. The G1 is so clean wall mounted and the two KEF 301s would fit either side of the G1 on the breast.

For the back wall surrounds I was thinking something else front ported but maybe smaller Elac DEBUT B5.2 over the dining table towed down towards the couch or again stick with the gallery aesthetic and going with a set of KEF 101s.

No idea what to do subwise, but I’m not really to concerned about that I’ll find the right sub.

I’m open to correction/suggestion on any of that. I suppose my main questions are:

Please feel free to critique this plan in any way you want!

P.S Yes I know the TV is currently slightly too high and yes I will be putting rugs down and canvas art on the walls. 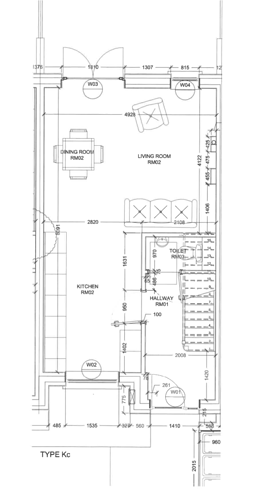 Layout509×979 66.5 KB
The Living Room, which opens out onto the dining room/kitchen. The TV is mounted on that fake chimney breast on right of living room. Measurements are in mm. Celling 9ft high. 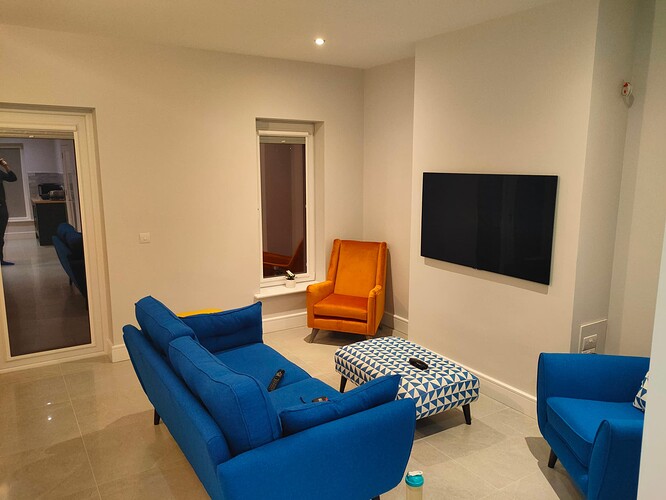 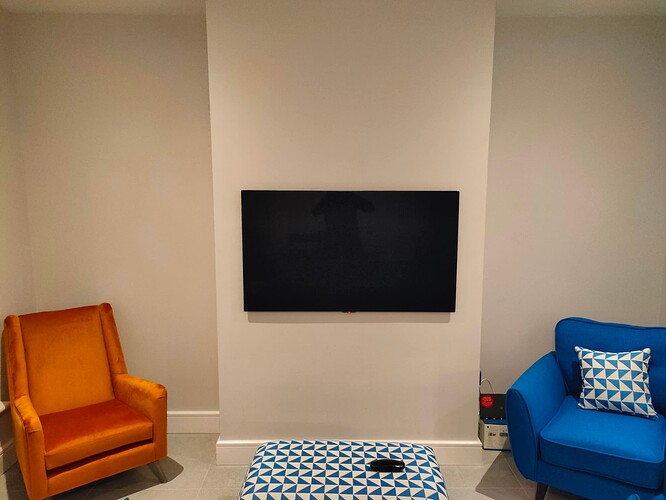 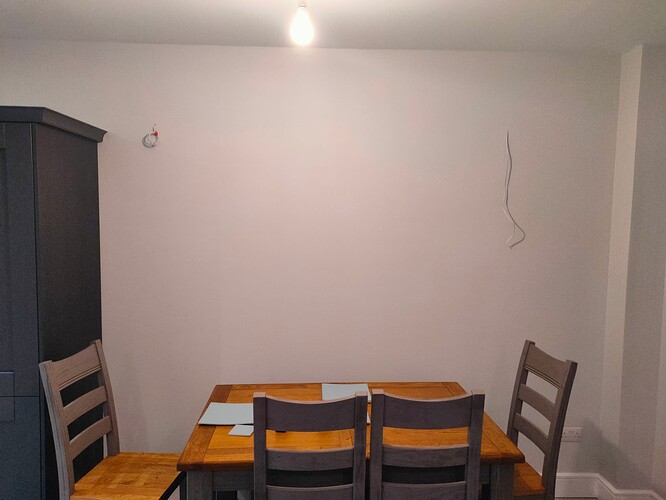 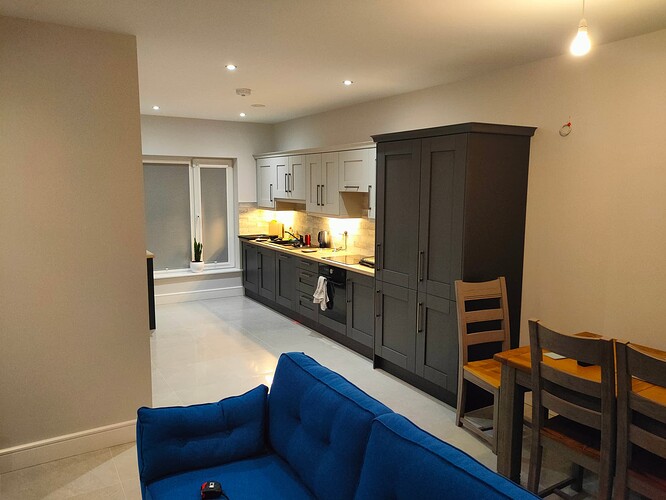