So I’ve been on a casual hunt for new headphones for the last 2 years or so, but my Beyerdynamic Custom Studios are finally showing their age, so the hunt has become a little more urgent. I got to demo the LCD-2CBs at a shop the other day and was blown away, they felt like what the LCD-XCs had originally promised to be, and in fact, sounded real damn close to LCD-Xs and LCD-2Cs. I don’t feel like I’ve heard much from anyone about these beyond a few initial reviews, which is why I’m hoping to hear some more user/community reviews on here.

I’ve been looking for my closed-back endgame for a while and these seem to be it. They’re easy enough to drive being 70 ohms, and they don’t break the bank at about $900. I’ve tried just about every alternative around that price, and even above, but so far nothing really stands out. The units on my list that I haven’t heard yet are: Aeons, Ether CX/C 1.1(although I have heard original Ether Cs and wasn’t super impressed), and the ZMF Eikon/Atticus, so if anyone here has tried any of those in addition to the LCD-2CBs, I would be very interested in your insight. I’m also open to other suggestions around or below the $1k price point for good closed-back neutral cans, primarily for listening, but with occasional mixing usage.

Focal elegia? Prob the most neutral closed backs I’ve tried under 1k and fairly easy to drive and use portability (though the stock cable is ass, so I’d buy and aftermarket). I’ve also used them for mixing, and they work great, better than most my other headphones. If you didn’t like the ether, you most likely wouldn’t like the aeons, and the cx/1.1s aren’t super different from the original ether c, but the mrspeakers stuff is kinda good for mixing/monitoring because of how compressed they are, but definitely not a studio reference sound. I’d say the elegia is more leaning towards reference than something like the ndh20 or aeon/ether. Haven’t tried any zmf stuff. I was impressed by the LCD 2 closed, but I don’t think they are really suited towards mixing going off of what I remember and my own lcd 2.2.

I’ve tried the Elegia, I found the “missing octave” that a lot of people talked about with them to be quite a problem, as I like a fairly forward upper mid/trebble range. In terms of focal gear that I’ve tried I definitely liked the Clear Professional (AFAIK literally just a black and red colour scheme of the normal Clear) a lot more, but they’re almost double the cost of the the LCDs, and are open back, plus the bass extension and smoothness of any of the LCDs has them beat to my ears. If focal could do a closed back version of the clears I might be a little more interested.

TBH the elegia is very close to the clear for my ears, and both are very accurate for mixing imo, but for more music, I would agree that they are lacking a bit in the 3 to 6k range. The LCD 2 closed is definitely fuller sounding imo but not really good for mixing. The LCD x is much better suited to mixing imo because of the more neutral mid-range response and better higher end treble vs the 2 closed. The closed LCD 2 is really good, just not for mixing, so that’s something you have to consider, is how much mixing or studio work you will actually be doing.

Edit: I should also say the elegia also isn’t the most enjoyable unless you are aiming for neutrality (neither is the clear for that matter). But detail and accuracy wise, they definitely have my lcd 2.2 beat

Edit 2: for clarity, I should state that the 2 closed are definitely a worthwhile option (would recommend) and more enjoyable than the x closed, but I would look for something different for serious mixing.

Yeah that, 3-6k region is one of my favourites. I do generally enjoy a neutral sound (for reference, my main speakers at my desk are a pair of genelec 1029as with a 7040a sub), but at this point I do a significant amount more listening than I do mixing. Have you tried the Audeze Reveal plugin with your LCDs? I was playing around looking at how it affect FR graphs by selecting the different options and blasting white noise through it, and it painted a pretty similar picture to how I perceived the FR of the headphones. I didn’t have it available when I was actually demoing units, but I’m definitely going to try it out when I go back to the store I found with the 2CBs.

I have not. I’ve used sonarworks reference 4 and true fi, and they work great for what I need them for. I have also used toneboosters morphit and it’s pretty interesting. I didn’t even know audeze made a plug-in lol, I’ll have to look into it. Also, you judge using music too right? Just want to check, because using stuff like white noise can give you an accurate sense of fr, but does not reveal much more than that. For mixing it’s really important to understand all the flaws and quirks of your headphones using both measurement or reference levels, as well as real world preformance, otherwise your mix might sound great on your equipment, but subpar on a different setup. I’ll have to see about the reveal plugin. I just like to have something as flat as possible before I eq for best results (prob why I like a very flat mic for vocals now that I think about it.)

I was only using white noise to check what the plugin was actually doing to hypothetically correct the headphones. For actual headphone testing, I just use music. I have a playlist that a couple of friends and I are building up full of reference songs, some are just really well mastered, so are general go/no-go tests, but there’s also a few tracks on there selected specifically because they’re poorly mixed in a specific aspect, so we use them to test if the headphones reveal that flaw, or mask it.

You’re golden then. Have you also considered something like the ultimate ears uerr? Might be something to look into

I’m definitely curious about higher end IEMs, got a pair of CCA C10s for the moment for mobile listening purposes, but for long term listening I’d rather have something over ear.

I am so happy with these so far. They sound exactly what I hoped high end closed backs would sound like. Perfect counterpart to Ananda. They are the polar opposite of everything that makes bad recordings unlistenable…these make everything sound freaking awesome.

I also love my pair of Mobius, so I probably really enjoy the audeze house sound.

Hi all, I curently own the LCD 2 Closed and I love them. I would love to upgrade to the XCs but don’t know if it warrents the massive price. Anyone compared both and know if the XC is better? Cheers.

I personally preferred the LCD 2 Closed, the XCs had waaaay too much treble, although caveat, I haven’t done an A/B test with the latest revisions.

Thanks, form the forums Ive read the XCs are way more flat but have more detail. I just bought some focal clears real cheap and they will be my flat HPs for detail. Don’t know if I need flat/bright XCs. 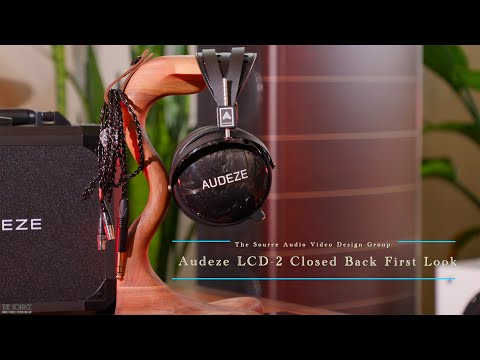 Intro way too long, don’t sub beg as the very first thing in the video - get into the content and do that later if you really have to. 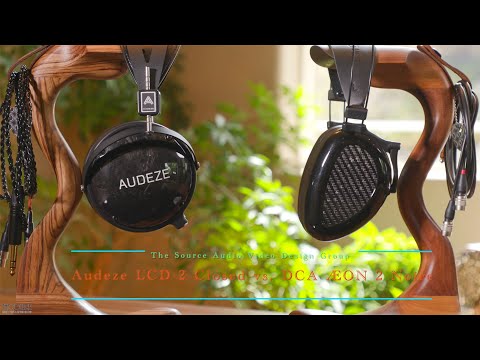