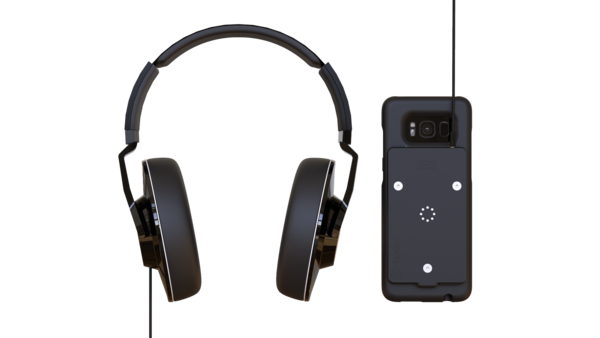 that’s curious…but the 16GB and 32GB storage options are literally useless and a slap to your face. I’m also disappointed that it doesn’t mention phones it’s compatible with.

Well it’s more made for the dac and amp portion I would assume, but yeah it makes no sense to go with anything else then 128

128 is really the lowest entry for a few lossless files

if you have a hand full of DSDs, WAVs and Flacs the 32GB is a joke

Especially dsd and wave for sure

The 16GB storage is probably just a bonus – or a way for them to use the exact same enclosure anyway because apparently they also make a similar (battery) case with integrated storage (I mean, it would be weird not to be able to use your integrated storage, and/or not being able to play youtube/game audio even).

Still, a smartphone + THX case, versus the LGs with dual/quad ESS DACs?

Hmmm. I personally think the thx might have the better sound because of the thx amp

Just saying this because I remember Zeos recently saying the Fiio Q5S with or without the AAA add-on thingy probably “wouldn’t make much of a difference”. And it’s using AK chipset(s). And the LG is using ESS chipsets (apparently really clinical/analytic/neutral/transparent or one of those audiophile words.

And yeah, it’s not about the chipset, it’s about how it’s done. Still would be an interesting comparison.

The dac is very good on the LG phones, but the amp can be kinda iffy sometimes