First off, this is one of the greates rock 'n roll songs ever. After that, there’s a low frequency noise that modulates with the synthesizer early in the song. I heard it on all my speaker-speaker amp and headphone-headphone amp combos so it’s not an equipment thing, it’s in the recording. It’s audible on this YT stream:

It’s right away with the synths. To all you mixers and masterers out there, what is that sound? Is that a product of the synthesizer they were using or did someone record the synths too hot?

Lol. My 8yo heard me laugh about this and asked to read it. He reads it and says “What’s wrong with him?” He comes back a few minutes later saying “That guy on the internet probably looks like this!” 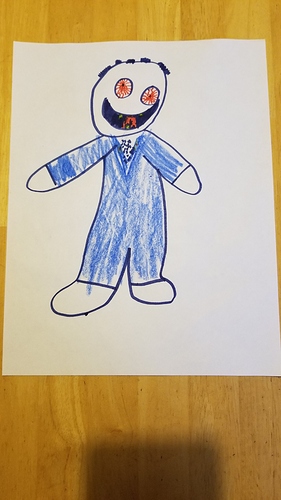 needs more hair on the chest, but it’s bloody spot on!

It almost sounds like the keys bottoming out in the keyboard. Since it was probably recorded with a mic, this could be a possibility

That’s quite possible. Thanks!

My phones ringtone that