A couple weeks ago I had a friendly correspondence with Lukasz Feliks of Feliks-Audio in Poland who was able to offer me a B-stock Espressivo Mk I (a customer had traded it in to upgrade to the Euforia). It just arrived today and man, what a sound! I’ve plugged in a pair of DT880 600’s today and have been listening for a few hours. I now get the tube sound thing. Wow! I’m blown away by it. So beautiful, and not just the sound. The build, hand crafted and just beautiful to look at. 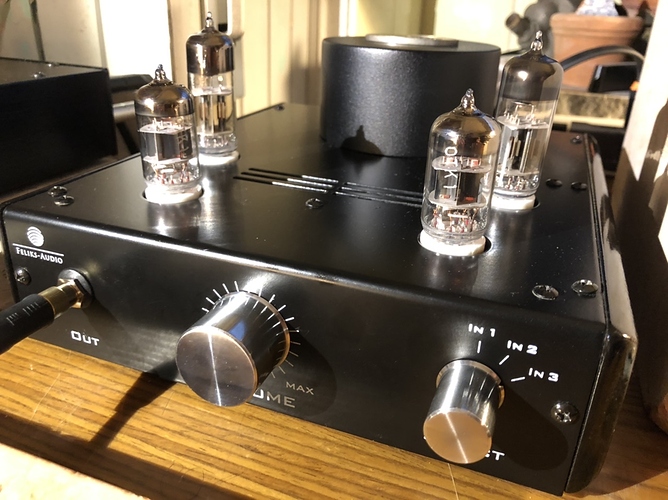 It’s the first time I’ve really enjoyed the DT880’s, although I find they have limitations that don’t allow them to express the full richness of the amp - distortion at high volumes for one and still too much treble peak, even though noticeably toned down compared to the solid state amp I used in on previously.

Anyway I wanted to start a thread on best synergy/pairing headphones in any price range for OTL amps in general and (if anyone knows the Feliks-Audio sound, this amp in particular).

I have word from the horse’s mouth that the some of the best pairings with this amp are:

Anyone have any more suggestions, experience with OTL and HP’s?

(btw: I tried them with the planar Sundaras, and after weeks of posting annoying questions on this forum about whether they might pair well with OTL’s and why not, I can safely say they sound like crap, absolutely no synergy whatsoever, so I’ve laid that particular ghost to rest. ) 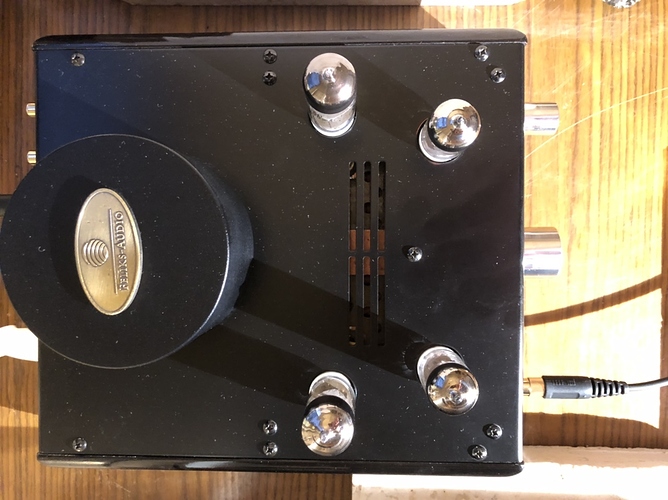 That list is pretty good. Other models from the ZMF line also reportedly tube well. Apparently Zach makes a lot of his designs with a tube amp in mind. But outside of those the high impedance Senns and Beyers would be the go-tos.

Also, congrats on scoring that amp. I’m straight up jealous of the amp deals you’ve stumbled into.

My 3 favorite tube amp headphones are my Grado GS1000i, ZMF Auteur, Senn 600. I have a few others that play/pair fine but overall those 3 give me just about all the listening SQ i desire off my variety of tube amps.
Happy listening, i look forward to see what others have To say too.

Same two for me.
Also Klipsch speakers if I can add in a speaker instead of a headphone.

Thanks man, I’m pretty happy with them too. Pretty amazed that it’s so easy to talk to these guys like Felix Audio and Lake People, and find that it’s not some random person but the guys that run the company that answer with time and patience.

yes! It had occurred to me because it has line outs for speakers at the back (as well as three different source options). Some cheap but synergistic desk speakers might be great further down the line. Thanks!

If it can put out 2 or more watts and you don’t mind trying something unique… https://www.decware.com/newsite/TinyRadialProject.html
I enjoy these much more than i should any speaker at it’s price point and with it’s size limitations in a desktop environment, i swear and i mean that with pure sincerity.

Grado headphones seem to mate well with tubes BUT folks either enjoy their SQ or not. I am particular to my own and the PS2000 model. I’ve heard a few of their other models but have my own preferences as stated.

I would love to try those: pretty interesting site. But they’re all sold out! Every single model. Good sign I guess. Will keep it on my radar. Thanks for the heads up

Keep an eye on this thread, he has fun making them and puts them out in batches and tells us all about them. He uses some really great quality wood so you really get a nice little centerpiece and conversation starter. 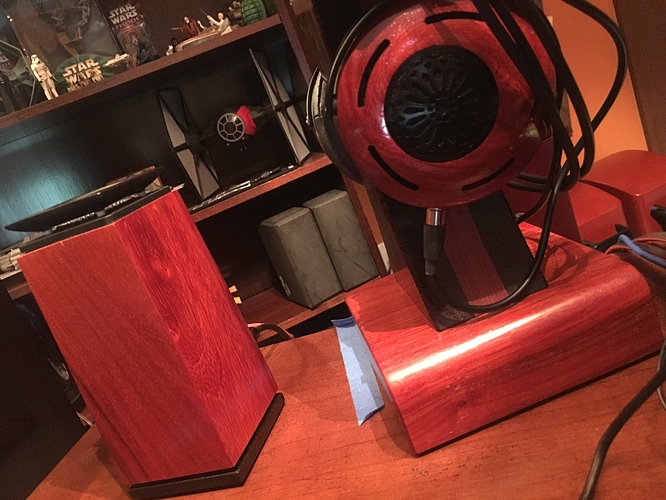 beautiful speakers. Just worth looking at them, especially with the ZMF popping in for a chat

To further answer your question on HP pairings, I do not own these, but have spent some time listening to both the Meze Empyreans and the Senn HD 800 & 800s models on a Prima Luna Tube amplifier and truly enjoyed all 3 more on the tubes than the solid state i had access to in that instance.

I aim on buying a Zen Mystery Amp some day in the future, along with their headphone amps. And then the tiny radials and maybe the DM945s. Though I don’t really have room for it yet.

There’s also something about the look of the radials as well that appeals to me.

More power to you I fully encourage and stand behind your Decware choices!

It’s a solid boutique brand of a few select pieces all maximized to make big sound from minimal wattage in an extremely musical manner. I “get” Steve’s philosophy on sound quality from minimal but good pieces and I have very much bought into and have been enjoying A few low wattage minimalist pieces.

Having said this I also very much enjoy high wattage solid state power playing on large full sized speakers . It’s 2 different flavors and I’m fortunate enough to have just enough space to cram both types of systems in and reap the pleasures of both! So very looking forward to the day you actually make that call and put your order in!
Oh and his headphone amps really do not get the credit they deserve IMO. They really hit well above their price points even when fully decked out!

Yeah. After moving stuff around, I will be able to install a 300 watt bryston amp as well (which I will be pairing with a lower sensitivity speaker like a PMC DB1 gold or a Legacy Audio Monitor HD.

Headonia 2A3 - Luxury High-End Headphone Amplifier for two pairs of headphones, simultaneously     The sensational sound-stage and the sound of the full-scale recordings with exceptional clarity and transparency, with a hint of tube warmth...

Anyone heard this combo?

I have, while I think it’s good, I think you can do better at that price range imo. I kinda prefer the viva egoista 845 or the trafomatic primavera with the susvara because they offer more control and more impact, while being more spacious and holographic imo. The 2a3 had a very nice timbre and enjoyable sound, but I think it could have more control over the driver based on what’s out there, but if you got a very nice deal it might be worthwhile

Edit: also I think if you are after a 2a3 amp, the Eddie current studio is my preference over the auris, but it’s a bit different signature wise focusing more on transparency and slightly less fun tuning

How come these tube amps work ok with planar’s when normally it’s considered a no no?

Good question, they just do idk lol. Most high end tube amps work a ok with planars, quality components and specialized designs enable this? I even have an otl amp that drives planars very well, I guess it comes down to design and quality of components used. Most of the sub 1k tube amps don’t do well with planar regardless of topology from my experience, but once you go up from there they tend to drive some planar quite well

How come these tube amps work ok with planar’s when normally it’s considered a no no?

It’s something of a misnoma that tube amps can’t drive low impedance loads, you can design a tube amp to drive anything, the issue is that you need transformers designed for the job, and there are a limited number of commercial transformers that are suitable for headphones, so manufacturers are reduced to having to use custom transformers. And that pushes the price up.
One of the questions Donald asks when you inquire about DNA amps is if you have any harder to drive planars, and he’ll push the Stratus over the Starlett if you do, but he won’t warn you off.