About 2 years ago I purchased a budget native 1080p projector called the Vankyo V630 that retailed at $200 on Amazon. It has served me well but I have an issue that I’m not sure how to fix it.

I will leave an image below on this post but a yellow spot has formed on the image that is quite annoying, and is only getting bigger upon further use. I am guessing after doing some research that is called “screen burn” and I guess since I have it on for too long sometimes that caused this. (To be honest I have fallen asleep watching stuff and have not turned it off so it was on until the morning lol).

Anyway I’ve seen videos people getting in to the projector by removing the sticker off of the bottom of it, revealing a cover to remove, and replacing a part inside it.

Anyways sorry for rambling but if any of you guys know what I should do or what I should buy, I would really appreciate it. Thanks in advance!!! 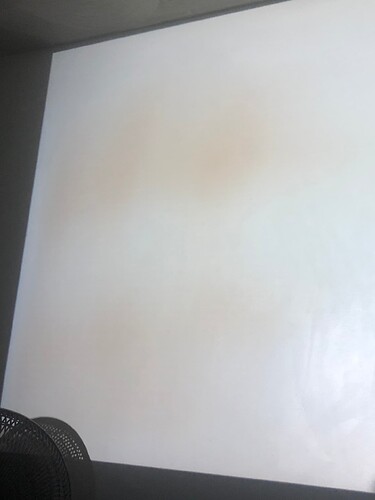 image1920×2560 84.4 KB
(The video being played on the projector here should be fully white, as you can see there is slight discoloration)
1 Like