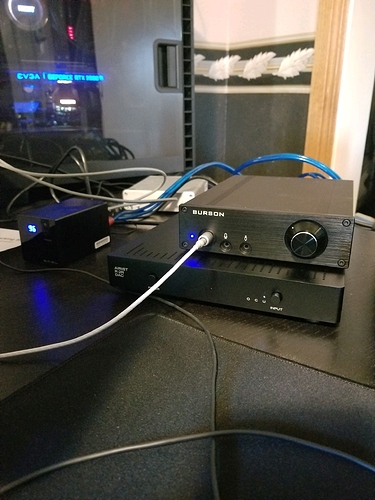 IDK what it is about the A-100 but I’m just so glad I own it. Built like a tank, endless power. And I’ve yet to hook up my speakers to it.

I have the Burson Fun-Classic and it VERY impressive to me. Most fans are split on the best opamp. Mine came with the Classics and I love them. To be fair I ordered a pair of Vivid opamps and tried them out for a few weeks, but I still preferred my Classic’s.

Power wise it has tons of power for me. I have very efficient headphones and I don’t listen real loud.

This was the first amp that I ever really loved. The sound is amazing, to me.

TBH, I have had some quality issues. During my last “issue”, The dealer refused to respond to my emails and the manufacturer only replied a week later. Coincidentally a day after I went public on Headfi, I got a response. The resolution was disappointing, but effective.

I still LOVE this amp, but I may replace it with the Monoprice THX AAA 887 in eight weeks.

Resurrecting a thread from quite a whole ago. I have two strong feelings about this amp:

They are like a BMW in that they look great and work awesome! When they work.

I have had a few issues that culminated in me receiving and installing a new PCB today. Man there are a TON of screws! I was so afraid of breaking something it was nerve wracking. The volume knob came off eventually. I caused a few small marks on the knob and frame, but black marker to the rescue.

I was VERY curious to see if it would work after I got it all back together and it actually does!

I binged on the weekend with The Blues Brothers. I haven’t really thought about them in decades, but I was browsing Blues and it was a super deal. And of course it sounds great on D30>Burson Fun Classic>Vanatoo T Zeroes.

Two pics. The bare board is the replacement and the one in the case had to come out. 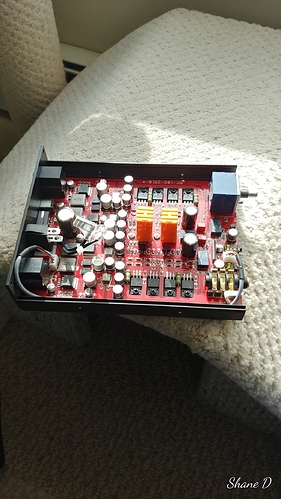 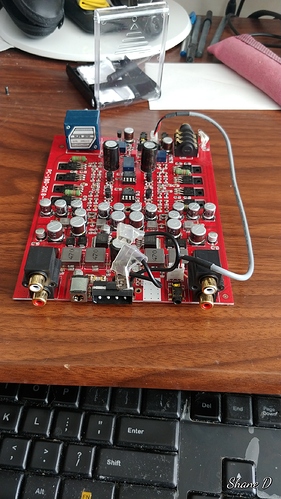 Just for trivia, 22 screws in total.