So a lot of the music that I like to listen to isn’t on streaming services. I like a lot of soundtracks especially to video games and anime and such, and all the streaming services usually only have knockoffs or the intro. But a lot of these soundtracks are pretty pricey to buy the physical copy, and iTunes doesn’t usually have them. So I was wondering what you guys do, besides “that which will not be named”

Steam and GoG sometimes have the game soundtracks aswell.

Qobuz, HDTracks and Bandcamp are usually the go-tos. Though I can’t speak to their collection of anime soundtracks, HDTracks does have a category for them.
See also:
Lossless Albums
ProStudio Masters
7digital

Afaik a lot of them are mainly available as CDs, and CDs sell because of the physical collectability. Full OST discs are alright, but singles are definitely expensive. Some popular streaming platforms like itunes have stuff from popular series, but it may be a bit hard to find since you usually have to search by the actual artist/album/song title.

You can find digital through… less than legal sources, but those are usually CD rips, not actual digitals direct from a seller.

So yeah, importing CDs or the high seas is usually the only way to get higher quality than 320MP3/256AAC

Disney has a reputation for having its monopoly on copyright license agreements be more powerful than other record labels. It’s why you would have been hard-pressed to find pirated music from Disney that was high resolution. This applies to soundtracks specifically, too. But now, Disney has started to make some of its soundtracks be fully available digitally for online streaming platforms. What intrigues me is that international license agreements from Disney prevent some soundtracks from being available digitally. Knowing Disney has not released all of its music catalogue on streaming platforms in high resolution quality without copyright geoblocking irks me. But it’s a business with legal copyright agreements to gain profits without piracy. So, I understand why Disney has limitations on what can be easily released in high resolution to everyone everywhere.

Yeah tell me about it. Point Break (OG version) score is over $300 on Amazon. Looked everywhere else for it.

There’s a few others like this that just aren’t available. In many cases, the rights holders couldn’t or wouldn’t strike a deal. 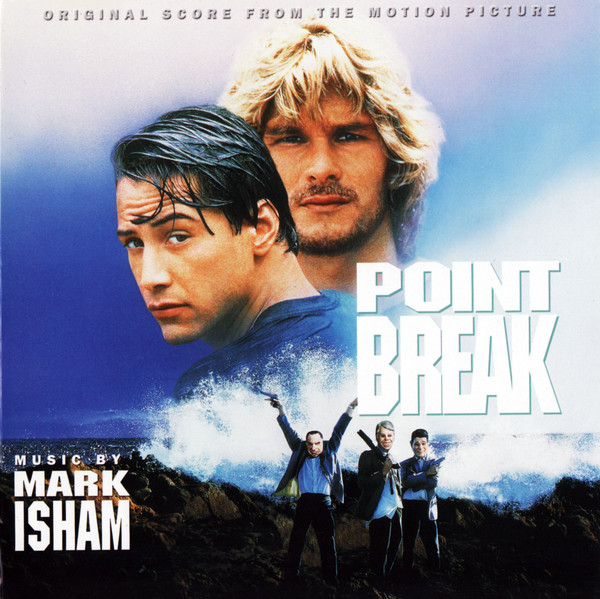 View credits, reviews, tracks and shop for the 2008 CD release of "Point Break (Original Score From The Motion Picture)" on Discogs.