Does anyone know a good place to get cables for DCA headphones like the Aeon 2?
I don’t want to spend 100+ and most aliexpress cables I found look rather cheap.

I really love the looks and build of the Tripowin headphone cable but it doesn’t come with the special termination for DCA headphones (only comes in 2.5, 3.5, HD6X0 and HD800)

I want a braided cable that’s <1.5m because I use my aeons mostly outside with my NX7.

Ill be getting one from here when my drop x eons arrive.
Had an iem cable from them and it was very nice.
Just be sure to check the split length as i found their default length a bit short

edit: didn’t see the wanting braided, they do have a custom shop but unsure of the options

I don’t want Hart for two reasons:
I don’t want that universal plug thing because it’s not so convenient and adds unwanted length for portable use,
and it’s from the USA which is a no-go for me, because it’s always a pain to import anything that’s not from china.

I bought the connectors from Dan Audio and did the rest myself.
Seemed the cheapest to me.
I’m also thinking about doing another one myself on a Pentacon connector for my Hip Dac 2.

Shipping is $16 from DCA directly so I’ll probably get them from china together with a 4.4mm plug and the other stuff I’ll need.
I’ll try to mimic the braided sleeved cable style that tripowin did with their GranVia cable

Be careful with the plugs from China on the Dan Clark headphones.
They can cause real problems.
And that can be a nuisance that may require repair.
Because these are often imitation plugs that are very poorly made.

I have to say that the Dan Clark ones are worth buying, even if they cost a lot.
They can be taken apart completely so that you can solder them nicely and put them back together again.
I made a cable myself and it has been in permanent use since August.
So I plug it in, unplug it in the train, in the hotel and at home, and I haven’t had a single problem in this form so far.
Even though I’ve plugged and unplugged them at least 300 times, they still work like they did on the first day.

So I would simply advise you not to save money at the wrong end.
Rather save on the plug where the headphones are connected to the amplifier.
A simple plug from Neutrik is perfectly adequate and also works well.

Another tip: I ordered the Aeon R/T, which unfortunately you can only get from Dan Clark himself, with the plugs.
Because I live in Germany and I wasn’t sure whether I would make a cable myself at some point or have it made or perhaps need it for a repair.

Because of 5-15$ it really doesn’t matter anymore even if you do it yourself.
A repair can be more expensive because of such a small plug it would be really annoying.
Is only well meant of me, in the end you decide of course yourself about it

But are finished cables like that one okay or could there also be a ‘risk’: 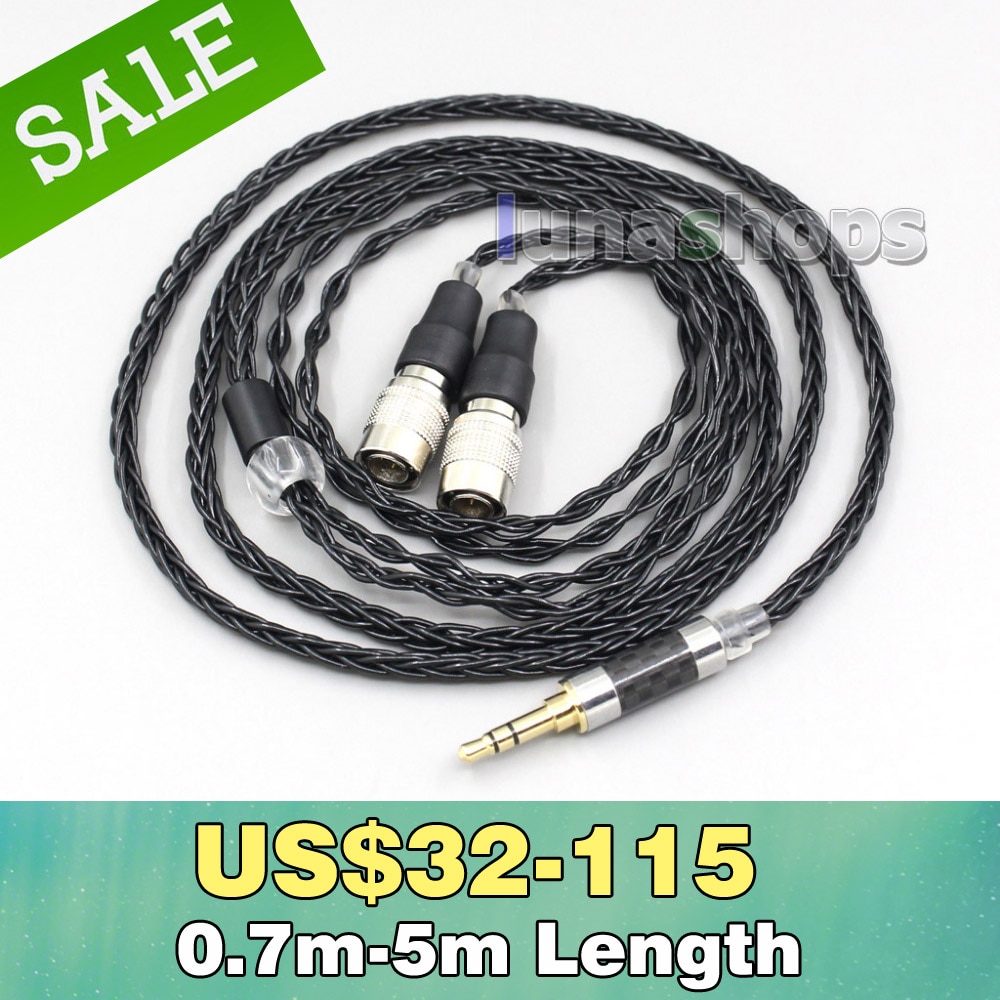 you don’t have to do the swappable connectors they do have options for just 3.5, 4.4 etc

I know, just wanted to know if any of those finished aliexpress cables are actually good.

I probably could just get the Tripowin cable and swap those 3.5 or 2.5 connectors for DCA connectors tho.
Might even be less expensive than buying wire, a 4.4 connector, a split and sleeve

I’ll refrain from talking about cables on Aliexpress.
There are certainly serious traders as well as dubious ones.
You can ask what kind of cable it is and then decide for yourself.
In the meantime I only buy shielded cables like the Viablue Epc 2 in its construction.
I never have any problems with amplifiers or the like.

From my personal experience, I distance myself from Aliexpress because many purchases I thought were good were rather a bad buy.

If it is nothing, you can unsolder the plugs from the Dca and from the amplifier connection and solder them to a high-quality cable again.
That would be the minor problem.

But it’s not a bad idea if you can get a finished cable at a lower price.

Sorry, i misread your initial post.
Odio also do diy parts (though i cant see the DCA connections)

Just ordered that plus some 550 paracord. It should all fit 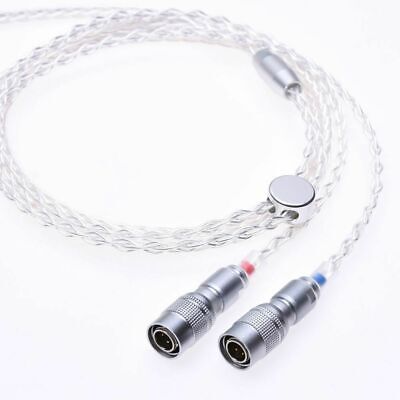 I would reccomend checking out Forza Audio Works, Norne Audio, and Hart Audio Cables for a wider variety of prices and options.

Hello,
No, the soldering works.
DCA also gives the pin assignment where plus and minus belong on its page.

The plug is a bit tricky, it took me a while to understand how to open it.
You probably need two small pliers.
A normal pair of pliers and a pointed pair of pliers.

With the pointed pliers you go in where the contacts are and spread them.
(Be careful not to bend the contacts).
And with the normal pliers you open the outer casing until you realise you don’t need them any more and unscrew the rest by hand.
(Do not press too hard on the outer casing with the pliers or you will leave marks. If necessary, cover with a cloth or similar).

When you have opened it, push the black grommet and the outer casing of the plug through the cable, solder the pins and then screw it back together and tighten lightly as described above.

Thanks a lot.
I originally planned to use 2 wires per pin but I’m not sure if this would fit into the 4.4mm jack, because this would be 8x 26 AWG wires.
If not, I’ll have to just use one wire per connector.