Can you noticeably appreciate the difference between tidal and spotify?

I think in general (especially among people with technically bad equipment in the first place) the quality of music formats are overrated.

Test yourself to see what kind of differences you can hear: ABX High Fidelity Test list

For me personally the difference between 128kbps mp3 and 320kbps are easily recognizable. I wouldn’t even need an comparision to tell you the bitrate if I listen to recordings that I know. But between 320kbps and lossless… I am mostly guessing. Same goes for 44khz/16bit vs 192khz/32bit… mostly guessing.

Also I am not 100% sure on this, but I think that it’s a marketing lie that tidal has the master: 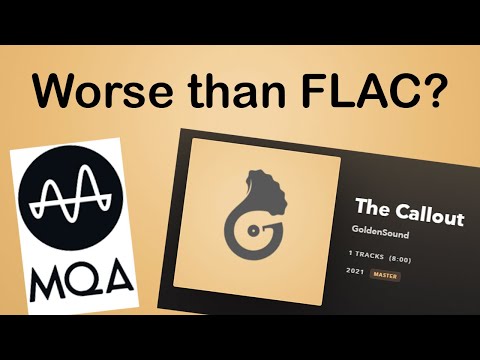 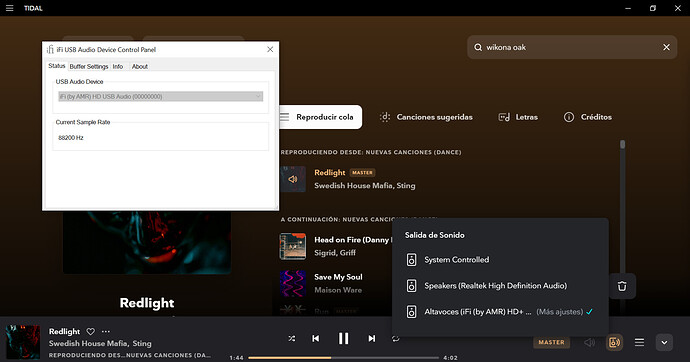 Why are you asking exactly? If it is because of your 88200hz sampling rate…

So the question is, when TIDAL tells you that they stream in MASTER, what does that mean? I have no clue, so I took a look at their site:

And clicking on the link in the first quote:

MQA files are compressed through a process known as ‘Music Origami’ in order to make them small enough to stream or download. TIDAL utilizes MQA’s Core Decoder compression technology to achieve the first unfold and deliver higher than CD-quality. This first unfold is capable of an output of 88.2kHz or 96kHz.

So what does this tell us? On one hand, TIDAL claims your sampling rate doesnt matter, because it unfolds their MQA files to whatever sampling rate. On the other hand: That is complete nonsense… I think the video I posted gives you some insight into why this is a scam, but just that claim alone is ridiculous on a technical level. If you ask me, I would rather get a lossless rip of the CD (or any lossless, non-MQA/non-Master stream) instead of their MQA version. No one knows what kind of lossless compression and jitter they produce behind the curtain.

I’ve always wondered if that site works, considering it’s running from the browser and doesn’t use the dac in exclusive mode…

spotify and amazon are garbage imo to tidal for hifi. mqa is mostly nonsense as very few of them actually sound better then normal hifi. and its minor stuff that you really have to be listening to pick up on.

but, for me, tidal sounds better non mqa then spotify or amazon.

so what is the optimal setting to have a higher audible quality than spotify?
or even another app is worth it. I just want to try to know if the “very high” of Spotify can be improved.

I’ve always wondered if that site works, considering it’s running from the browser and doesn’t use the dac in exclusive mode…

What do you mean? It is testing differently compressed audiofiles… you don’t need dac in exclusive mode for that.

spotify and amazon are garbage imo to tidal for hifi

Have you done an ABX test? I call bullshit/placebo.

And in my experience, Qobuz sounds better than ANY of them, high res or low-res.

Yep. Qobuz has more depth and better imaging and separation, at least to my ears.

Isn’t it going through windows compression? like whatever you have set the audio driver to, and then idk if the browser player even has the capabilities to play those files, pretty sure people out there claim mqa sounds better without even having an mqa capable dac for example, not sure at all on this one tho…

Do you talk about settings or sources? Setting wise it is what I said: set your audio device to whatever specs your source has. It can’t get better than that.

If you talk about sources: You can get high-res audio, but it’s hard to come by. Quobuz is one site that comes to mind. I think Tidal also advertises higher end sources, but I can’t tell if there is anything at all to that or if it is all bullshit. Indie music is also often sold in high res versions via bandcamp for example.

If you talk about actually sounding better: Dont worry about it… even if you can distinguish between 320kbps and lossless, it won’t sound “better”. Except of course you want to utilize the placebo effect. In that case do not do any ABX tests, as they might destroy that placebo.

Isn’t it going through windows compression?

There is no such thing. It is going through the windows mixer, but that doesn’t degrade the sound quality, as long as you don’t have any effect software like equalizer apo or something along those lines. Maybe you can measure some jitter or I don’t know what, but I doubt that there is any listenable effect at all. The reason to use dac exclusive mode is for reducing latency in music/sound production.

If people claim MQA sounds better without mqa cable dac, maybe it is because MQA is bullshit that makes things worse instead of better. No clue…

In my case I confirm that when I connect a “master” it turns magenta.

I mean I think after certain point everything high res is bs, as in it isn’t humanly discernable, but I’m pretty sure windows takes whatever you play and upsample or downsample it to whatever bitrate you have set on your audio driver.

And the mqa thing, my point is most people haven’t even heard it, you need a special dac to “unfold” those files, yet I’m sure there’s people that have been paying for tidal and mqa for ages without having one.

But I rely on A-B evidence.
I want to be sure that it sounds better! Placebo is no good to me.
For example on YouTube or SoundCloud for free where the music is compressed sometimes it sounds more alive and in the case of SoundCloud in its free version there is music that has sounded more alive, better image and scene, more body…
It’s crazy. I don’t know what to do with tidal or whether to try more options.

The simple way to tell mp3 at lest for me is that it sounds exceptionally clean and alot of the edges are smooth. Also drum solos, drum solos get suprisingly changed when running though the mp3 converter.

Does it turn purple in the abx tidal test? cause if it doesn’t the dac isn’t playing an mqa file, right?
Not that I think it’d sound better tbh, but the test is worthless if you’re not playing the actual file properly anyway…