I’ve recently got the Diana V2 and I really like it and I want to make the most of it.

Currently I have the Fiio K5 Pro which should be pretty good for its price but I’m not sure it can get the most out of the Diana. It has no problem driving it volume-wise, I’m barely over the middle at gain 1, but I heard that better dac\amps can sound better. Does anyone have any experience with upgrading a dac\amp? Does it really make a difference other than volume?

As for replacement candidates, my budget is around $500. A dac\amp in a single unit would be nice but I have no problem with a stack.
So far I have 2 leading candidates:

But I’m open to suggestions

Liquid Platinum used or when it goes on sale are ~$400. Worry about the DAC later.

I’ve recently got the Diana V2 and I really like it and I want to make the most of it.

You’ll need something alot higher than $500 to make the “most of it” but the liquid platinum doesn’t sound like a bad choice for your budget. I’d pretty much avoid combos. I agree with jedi in this case drop the money on a amp and use the dac in the k5pro for now until you can upgrade to a separate higher performing dac.

Your character maximized one skill tree while ignoring the others. Love to know the story of how you got there! The Liquid Platinum will go a long way as suggested. Use your existing Line Out from the Fiio K5 Pro to feed the Liquid Platinum.

Love to know the story of how you got there!

would be interesting to hear for sure lol. will be interested in finding out where he goes with amp and dac in the future

As Lalo would say, you gotta respect a man that marries up.

why would you cripple such a high end headphone with mediocre DAC and amp for it? if you step up into TOTL territory, your entire chain has to be TOTL*.

It is a funny story

I’ll try to go over it briefly.
I was never really into sound until a few months ago. I had a simple sennheiser headset for years and 2 years ago I upgraded to the sennheiser 599SE which were great. I also heard about their 600 series but I didn’t want to spend 500$ on headphones.
A few months ago I heard about the 6XX which are 200$ so I decided to give them a try. They sounded great! I suddenly started enjoying music and installed Spotify for the first time.
But… for some reason after using the 6XX for more than 10 minutes my ears would clog. The same feeling you get after going out of a club with very loud music. Drove me crazy.
But the damage was done and I couldn’t just go back to the 599. So I tried the 560S and the Sundara. They were OK but something was missing. So I decided to just go for it and went for the Diana. I only got them a few days ago and they do sound great! and don’t clog my ears

I got the Fiio for the 6XX when I was still trying to use it.
And that’s how I got to this point.

you would get alot more out of spending more especially on a inefficient planar like the diana. At a absolute minimum I would say the cayin iha-6 is excellent for planers because of its high current mode, or if you want something like class a like the singxer sa-1 with the jumpers put in (which currrywongs video on it). But the diana’s will scale pretty linearly in price to performance up to about $2500 because ther’re very resolving,

Not sure about tubes…
I want something that will be good for everything: Music, Netflix, movies etc…
Aren’t tubes more music oriented?

@M0N might have some suggestions as he’s got a lot of experience.

The Liquid Platinum is a hybrid. The tubes just as a little bit of tube. The amp makes the power from SS, those kinds of amps are called hybrids.

Save some money, sell everything you are not using. Read up and ask advice. Spend once and be done, the fiscal pain will go away the enjoyment will last you a very long time.
If you really want to be done afterwards stay far away from here and all places like it. Congratulations and good luck. Happy listening always.

sell everything you are not using

You got two kidneys, you can do with one.

Yeah, that’s why I got the Diana

The question is the dac\amp will make the same amount of difference?

it will but were talking way more than you probably willing to spend lol. just to put into perspective i run my diana with lampizator amber 3 + Eddie Current Studio B and until recently it was a headamp gsx mk2. you have to pay for that kind of synergy and improvement from the source side.

with that said you don’t have to go that high, yoiu can safely go with something in the 1.5-2k used range for both the amp and dac respectively and get a great sound out of this set.

The first one already went with the Diana

Thats the going rate for kidneys these days?

Yeah, those are way out of my price range…
I can go to maybe 1k but that’s the highest at this time.
But can you try to describe the difference? If the volume is not an issue is the sound fuller? more detailed? Is it like moving from the Sundara to the Diana?

Looks like I’m wrong on a quick Google search lol. Time to upgrade the Diana 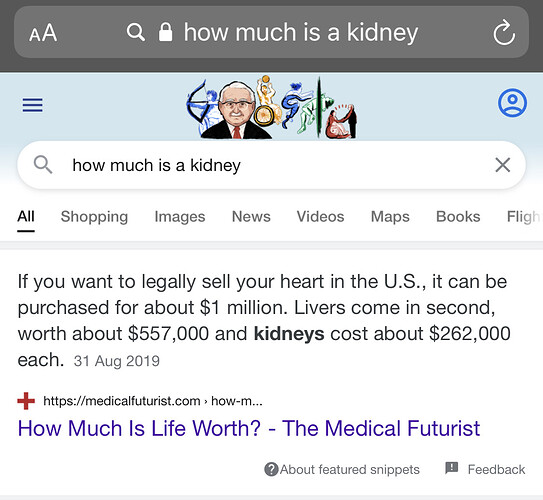