So I’m trading in my precious last of the headphone jack generation Galaxy S9+ for a Galaxy S22 Ultra, and of course thanks to “FUCKING APPLE”! It does not come with a Headphone Jack, SD card slot, or a FUCKING CHARGER! “ok I’m calm now”, any suggestions? should I just pony up and get the THX Onix or is it overrated and overpriced?

Hello,
no it is not You can also use other Dac dongels.
They are better than what comes out of the phone, as long as it is a reasonable dongel.
The market is well fed as far as that is concerned.
It all depends on what you want to drive now and in the future so you don’t have to buy twice.

Thanks for the thread. I very seldom use music on the go, but have been looking
for a phone dac too, as the headphone jack isn’t quite powerful enough for using my little (but good) ksc75 modded. Also considering an iem later. So…I tried the
Apple dongle (found one with usb C instead of lightning, as I have an old LG 5) which plays 24/192 by default from the usb out. But that dongle is also too weak on volume. So something with a BIT of power, but which Won’t drain my phone’s battery much, which isn’t mentioned in company ads! (S9pro for example) Battery ones like the Qudelix and Btr5 seem good, but I really don’t need all the app features, though could consider one if that’s the best option. Prefer less than $50 or maybe 100. Thanks for the help.

Tempotec Sonata HD Pro is a nice unit for $60.

Hello,
I only use the Nuprime hi m Dac on the Apple/Adroid tablet and am satisfied with it.
It costs a bit but it’s okay, I can’t complain.
It also drives the Aeon R/T effortlessly without any loss.
If something was missing, it would be resolution, but to be honest, I’m used to the big devices at home.
So it’s more like complaining at a high level.
It’s perfectly adequate for mobile use on the road and I can hear loud enough.
Apart from that, I also like to use it in the car via USB to the tablet for a little better sound.
But of course the speakers are not the best that are built into it.
In terms of power consumption, it doesn’t suck up much power, which is also very good, so what it can do is satisfactory.
Of course, there may be better and cheaper ones, but that’s not the case.

It depends on what you want to do and what you have in mind.
The built-in chips with amplification seem to me to be a bit more sensitive than the portable headphone amps and built-in dacs like the Ify Hip, which are still available.

I am on the same quest lately since I broke my helm bolt. (2nd time in 2 years)
I found this site which is quite extensive

[email protected] The ranking are based on my subjective personal preferences as a USER, matched with my own equipment. I am NOT a professional reviewer. THIS IS NOT A BUYING GUIDE! INCOMING…

Holy crap…thanks! I’ll be spending some time reading!!!
Have ckd a few. Very comprehensive…but no mention of power they draw.
eg. I’ve read elsewhere that the Hidiz S9 pro is powerful and good, but drains phone battery quickly. Don’t know if I am overly concerned about that but really have no reference or experience with that.

Usually he does mention battery drainage. For some reason, it seems missing for the S9pro.
It is an aspect that is important to me to my phone battery is not as it used to be

I have a pair of sennheiser 6xx, Tin T2’s and blon bl03 that I manly am using right now. so the Sennheiser’s would be the hardest to drive. 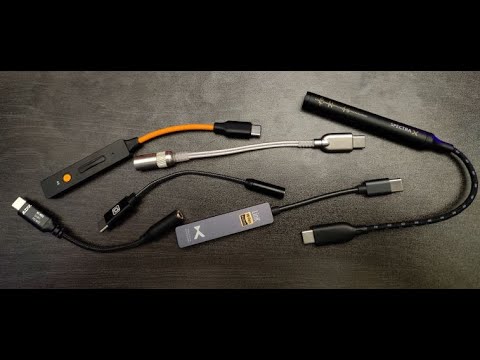 Honest Audiophile ( Dave ) just did a review of a bunch too, and he really liked the Periodic Audio Rhodium, which I have seen a lot of people speak highly of for a $50 dongle.

Of course if you are in the US, the the Apple one is a great neutral choice for under ?$10. The EU model is volume limited, so most people don’t recommend those.

I use a Fiio BTR5, and it does both Bluetooth and wired, but the features seem better on the Qudelix-5K ( when those are available again ). If you need power both of these are enough to drive most Sennheiser or Hifiman headphones. I use the BTR5 with my HE400se, and it does great wired, while struggling a bit with Bluetooth.

Re battery…ha… me too…I’m on my third for my old LG5 which has fit my needs just fine. Wish they had made the v series in 5g! or even made them anymore period.

Plenty to ck on his site tho…thanks again.

Thanks. Will ck those. I’m at least getting a better feel for these, even tho I did
some research earlier. These are helpful.