Down the rabbit hole I go!

The deep… Twisted… Money eating rabbit hole… Oh I’ve tried avoiding this, but now I own vinyl, so I guess I’m dipping my toes in anyways.
So, since I really don’t have any experience in this, and I’m not looking to jump into the deep end in this part of audiophilia, what are some recommendations of where to start? Things to look out for, both good and bad?
Again, I’m not wanting to just jump in the deep end, more dipping my toes in the water to see if I even enjoy it. Slippery slope fallacy, I know.

As far as Hardware, U-turn orbit is a great reasonably priced TT.
As far as records, the mastering and pressing really make a difference. It can be worlds apart from a shitty pressing, ok pressing and great pressing.
Almost all re-issues from Analog Productions are top notch.
Check discogs for notes on different pressings/mastering.
Look for mastering engineers like Bernie Grundman, Ryan K Smith, Kevin Grey. 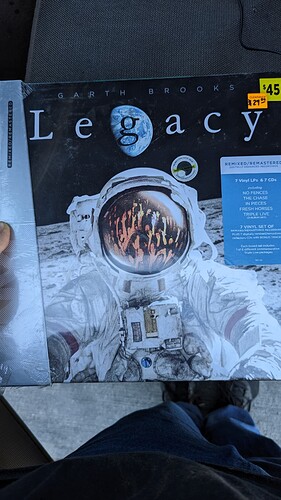 As far as Hardware, U-turn orbit is a great reasonably priced TT.

I’ve heard good things about Fluance players. I believe DMS featured the RT80 in his “Baller Budget Vinyl Setup” video. I noticed the biggest difference is the platter. MDF (U-Turn, or pay $85 more for acrylic) vs Aluminum. I’ve honestly no idea what kinda difference that’ll make. The other difference I see is the cartridge is AT91 vs AT91B…

Edit: I believe this is the one

I believe the Fluance is also a good way to go. Acrylic works very well as a platter because of the low sonic resonance. The thing about a TT unlike any other playback device analog or digital, is a TT is the most like a musical instrument. Every piece of material its made out of makes a big difference. A big factor is at least get a TT were you can set the counter weight of the tonearm. The ones that can’t be adjusted use a crazy amount of downforce and will add considerable wear and tear to the records.

I think the way I’m gonna go as to a TT is Fluance RT82. The platter can be upgraded to the acrylic version, the cartridge can be upgraded, (from what little I’ve gleamed) U-turn’s anti-skate is preset thusly limiting the choices if cartridges (again, from some claims I’ve stumbled across).
For a pre, I’m tempted to go Fosi Box X2, maybe iFi Zen Phono, but probably the former (I remember Zeos saying it didn’t quite have the gain, and I’m a bit of a sucker for tubes).

I will also put another plus to the Fluance: it has a Auto-Stop feature, which I think is very welcome, especially if you’re not used to vinyl. Also, if you want to save a buck, Zeos commented the Zen Phono Air is basically the same as the regular one, but comes without a PSU and only RCA outputs. If you don’t need the balanced output is a good option.

Other alternatives: for Ultra-Budget, AT-LP60X is an option, I have one and don’t have any complains. I think is fair game if you just want a sip of the Vinyl world.

In the US there is also Music Hall, they have some interesting affordable options with integrated phono stage, like this one:
https://www.amazon.com/Music-Hall-MMF-1-5-Turntable/dp/B077XY172W

I would advise against the AT-LP60X as the tracking force of that type of TT will put significant wear and tear on any records played on it.

Yeah, though there’s the same concern that the gain might not be high enough

Don’t quite see how that goes, seems to me the gain from Zen Phono/Air is about the same as the Schiit Mani. The Zen offers up to 72dB which is way more than your standard cartridge may need. Both seems fairly well regarded, and you can always add gain latter with a pre-amp or similar.

I would advise against the AT-LP60X as the tracking force of that type of TT will put significant wear and tear on any records played on it.

That’s not my understanding. Every needle and cartridge design have a force specification, and putting too much or too little force off this value is the real problem. For example, Ortofon 2M are usually around 2g I believe. The LP60 cartridge is I believe 4g, which some people consider too much when compared to other cartridges. However, the LP60 line is very old and I highly doubt they would be running for that much time if they were eating records like this. That has definitely not been my experience for the past 2 years or so.

That said, is a cheap TT so if you can spend more, I would recommend so. The Fluance line does seem nice, and I particularly like the Bamboo color.

I’ve measured some TT’s that don’t have an adjustable arm and its off the scale at over 5G.
I keep mine set to 1.65g which seems like a sweet spot.

vinyl doesnt get damaged by needles that easy. if it does, your doing something wrong. for a reference, i had a fisher price(yes the toy company) turn table when i was a tot many many moons ago. using free records that came from various places. and im talking give away records. these things were thin and cheap. and i abused the hell out of them with that turn table. and they never stopped working just fine. 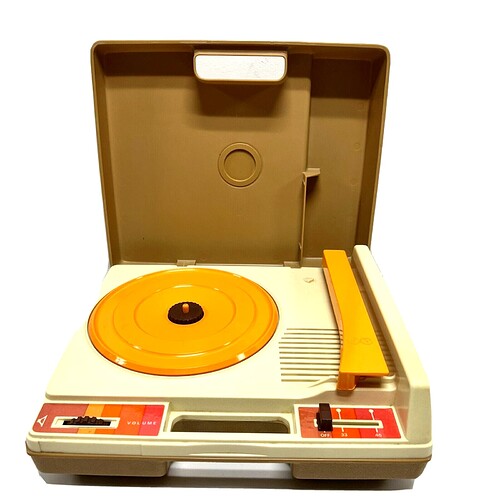 and let me tell you, playing 45’s at 33rpm is hella fun lol. you get a slow motion, distortion version, thats a blast to listen to on occasion.

not that i have listened to records in years, but i have thought about picking up a turntable again. the fluance models get pretty good recommendations. so do the AT models.

pretty much about every turntable, the platter and needle can be changed. the platter and plinth matter for anti vibration, like someone else pointed out. the record vibrates the needle. the phono stage amplifies that vibration so you can hear it. eliminating other forms of vibration, can give you better sound quality out of it.

if a turntable is damaging records, its not going to sell many for very long. and certainly wont make it on to anyones best list.