I currently own the Yinyoo Topaz and would like to get a new pair of headphones.

I’ve done a lot of headphones and generally, I’m not necessarily conquered. But there are two that make me want to: ISN H40 and FiiO FD5.

As you can see, I love bass(head) and big soundstage. I really want a fun sound and to have the impression that the music is in 360° with a big dominant bass and feel a “musical trip” for my taste.

Thank you if you can help me ! 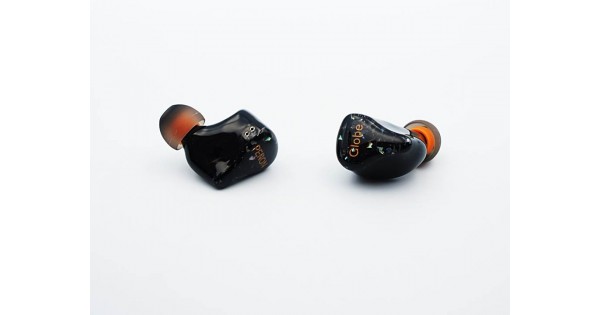 The Penon Globe is what you want - lauded as extremely musical and engrossing.

I heard the orb had very good coherency between the drivers. Does the globe also have that and when you say musical, is it a natural tonality?

It’s got a rich, organic, and spacious sound. It grabs you by the shoulders and throws you into the music rather than telling you to stay at a distance and enjoying the view.

Also, I would stay away from the Fiio FD5, it’s too treble peaky. It annoyed me so much I sold it within a week. The tuning of it asks too much of its big DD driver, resulting in an overall meh sound.

Thank you so much for your ref. They looks awesome. Do you think they can satisfy a basshead needs ? How you can compare them in bass against FD5/H40 ?

I know the “treble peaky” problem from FD5 and it’s not really a problem for me. I can EQ or change tips. And for the “power greedy”, I have a E30/L30, I don’t think it will be a problem.

As you can see, bass is elevated to Valhalla and beyond.

I’m on my first day of trying a set of Globes*, and for now would feel bad if someone were not forewarned that “lacks details” is an extreme understatement. To my ears more than mere details are missing as part of the tuning. Too much compromise for the lush warmth, unless that’s what you must have at all costs.
It has its charms, but an EQ could boost warmth at such great cost elsewhere, seems odd to use a $300 IEM for the same effect.

What’s notable about the FD5 is that it has so much bass without sacrificing ordinary tone and detail.

I personally had zero issue with FD5 treble, using wide bore nozzles and even short wide tips. I don’t think I’m insensitive to treble, so it’s bizarre that I’m seeing two different experiences emerging from users. (Treble unbearable vs treble no issue - rarely in between)

*Please remember this is a first day impression. However I have heard FD5s as well and they had no such issue from first listen.

UPDATE: Only just got Xelastecs which I was using. They’re fairly short and have a wide bore, I thought they would let through treble and not boost bass. How they could make things so dark I have no idea. I am listening with some Tenmak Whirlwinds on (short, wide bore) and the profile is far far less muddy and dark than it was.

Pretty ticked off after finally spending the money on Xelastecs, because if I keep the Globes (and this time listening, boy, there’s a chance of that!) I’ll never be using the Xelastecs again. Sheesh. What a hobby.

This is a strike two for me where I ought to tip roll before opening my mouth.

Xelastecs are awesome eartips yes, I clearly prefer them to spinfits. Thank you very much for your review and I’m sorry if I’m a bit late in replying but now I see the FD5 (and H40 so far) a bit far away from the purchase.

Before, I wanted to take FD5 or Globes. Now my eyes are on the new IEM from ISN, ISN EST50 for $450.They are very similar to the Penon Volts (in driver and signature) for half the price.

If you’re looking for an upgrade, these might be the ones to look at. I’d still like to see comparisons on other Tribrids (like the Xenns UP from Mangird) but they’re a bit too new and not a lot review. They deserve to take a look.

I’ll probably go ahead and buy ISN EST50 and write a review and compare with IEMs that I have (mostly bass dominance).

Did you buy them yet?