This is the official thread for the FiiO K9 Pro 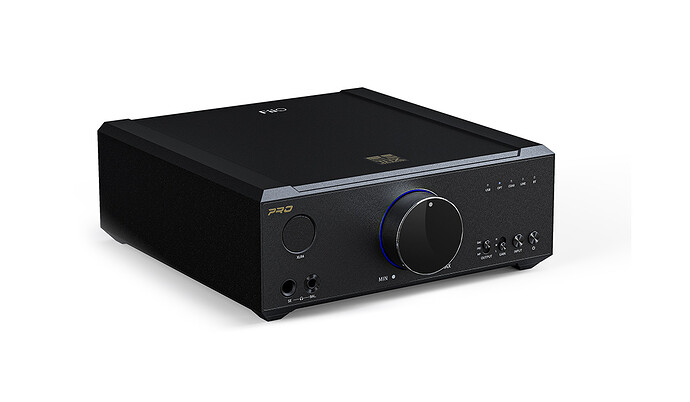 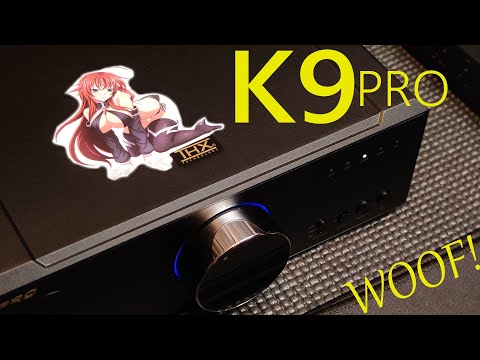 I have one of these on the way, can’t wait to try it out - will provide any thoughts here when I get it.

will provide any thoughts here when I get it.

Looking forward to them

I usually don’t have a lot of interest in combo units like this, but something about the form factor/aesthetics are uber-attractive to me. Has a Japanese-design vibration.

agreed, that’s a good looking piece of kit… a far cry from the flimsy / plasticky look the K5 eludes.

all that’s needed now are some good headphones from Fiio, not just IEM’s.

Careful what you wish for!
I’m imaging a Little Dot debut effort.
You know what though, I DO wish there was more randomness/different stuff out that people just bought.
As I’ve been listening to K712, I’ve thought about how sometimes EQ’d it sounds wrong and sometimes stock it also sounds weird. It’s a strange but different presentation, and I like that.

I think the groupthink and FR target-adherence infecting even the “non-science” community is a danger. I believe us to be at a little bit of a crossroads. It feels like pro cycling sometimes, the “better” it is - the “worse” it is. Seven people will understand that and I apologize for going into a rant post.

Ok lets get the bad things out of the way first , using their switches and buttons from their portable line is annoying. Sure it gives this nice clean look but for a desktop solution I would like buttons and switches with actual tactile feedback. Also the ink used for the labeling is ass and you can only see the wording under a bright light. Lastly the inbult EQ has noticeable degration to the music.

This is for the AKM version of the K9 pro.

Sound is natural and relexed with proper decay. Nothing feels out of place. Same goes for the attack as well. There isnt any sharp overshooting peaks in the attack like alot of the ess dacs like the SMSL M500 and gustard X16 and TRI TK2 do to make the music sound more exciting. This can also be seen as a dulling of the sound but personally I like low the K9 pro has good control over the transients ranging from sharp to smooth to dull rather then always accent peaks.

Tonality I would say is a touch warm. Overall its a very pleasing tonality but I would say it pairs well with headphones that have body on the thinner side as it slightly widens individual bodies. On thicker sounding headphones like the emu teak you can get some significant overlapping while D5000 everything is placed nicely.

Which brings us to soundstage and imaging. This is the star of the show for the K9 pro. By whatever voodoo they are able to make every body perfectly contained so you can pin point everything to its location

continued wow I didnt know I could use up the full character count.

This is even scarier when used as a dac/preamp to my BR03 speakers where they can throw sound that sounds like its coming from the back of the room.

In terms of long term listening on both the line out and the headphone amp I would say its very nice as you still get hammered by treble information but its not spiky so you can listen to for a long time.

Oh yeah I almost forgot about bass dynamics. Very tight and controlled. No excess reverb and it really showcases with headphones with thight bass like the AWKT.

In conclusion this is a mostly uncoloured touch warm dac/amp with natural sounding dynamics and good for long listening as it doesnt boost details but presents them as it is.

Would be highy recomended if it was still being produced. That being said I’m looking forward to the ESS version. Hopefully they keep the same strong points that the orginal has.

I believe Joshua had a take on it a couple of days ago. Would be nice to include here. 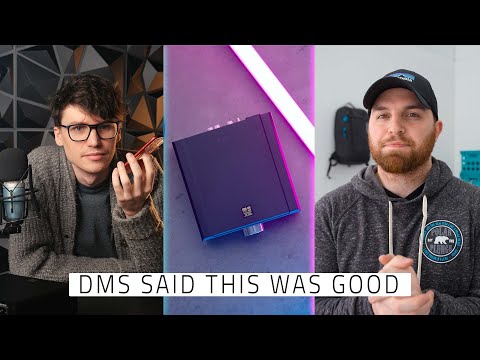 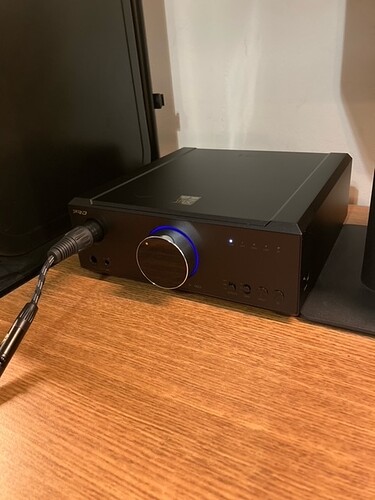 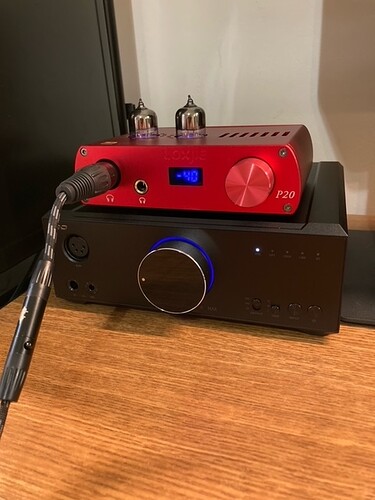 First of all, I love the build. @llysender is 100% right about the labeling though, it is practically invisible lol. I’m sure I’ll get used to what each one does over time, but I have to pull out the phone flashlight to read anything which is annoying. Other than that I think it is well-built and has a sleek design. The volume pot is large and smooth, feels good. Additionally, the Loxjie P20 fits perfectly on top and uses the balanced outputs if I want to switch to something a little warmer.

Soundwise, I’m convinced that I don’t have the analytical listening ability that others do on this board, but I’ll give it my best shot. With a THX amp, I was worried about it being a little too bright for my tastes. I am coming from a Bifrost 2 → Jot 2 which is a warmer sound signature that I love. The K9 PRO is definitely a tad brighter / sharper on the treble but not quite enough to be sibilant for my tastes, which is good. Very relaxed, clean sound. Starting to get a little fatigue but I think that’s because I’ve been listening for a while now and I think it may take my head a while to adjust to the new sound.

Tonality I would say is a touch warm. Overall its a very pleasing tonality but I would say it pairs well with headphones that have body on the thinner side as it slightly widens individual bodies.

I didn’t really understand what this meant until I listened and now I think I get it. On the Focal Clear Mg, which is an intimate, dynamic beast, it did sound a little… almost “bloated” if you will.

I was most nervous about the bass because the Bifrost 2 was the biggest change I noticed when upgrading my DAC, there was a perceptive change in the bass, and for the better. The FiiO doesn’t disappoint here, EDM tracks that drop the bass still sound punchy and nice.

Going to keep listening but enjoying this so far and if this fits the bill of what I was looking for I will likely end up selling my Schiit stack.

Been A/B-ing back and forth all day with these and my Schiit Stack - I’m surprised at how that fatigue isn’t really going away on the K9 PRO. I can hear that it’s a very nice, laidback sound but the longer I listen I kinda get this feeling: 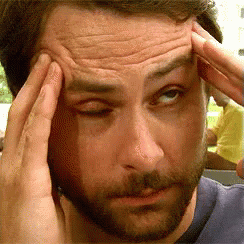 Will keep trying for the next few days but if it doesn’t go away then ultimately it may just be a little too bright/sharp for my enjoyment. Which is a shame because otherwise I think this is a sweet little unit!

Anyways some free tweaks for you to try. Download the fiio cotrol app, attached the BT antenna to the K9 pro and set the low pass fiter to super slow. You most likely wont hear any difference but that setting cleans out micro peaks in songs that might be too much for you.

Also You can always try pairing with your Jot 2 for a smoother top end. Not sure about the synergy since I dont have one to try but no harm in hooking them up I think?

Edit:
I was mentally going though the varous chifi dacs Ive head before and honestly none(even the topping D90/SMSL M400 that uses the same dac chip) comes close to the level of instrument separation of the K9 pro. If you listen to very full songs esp those in the symphonic metal genere its hard to get a good compromise.

Or maybe its that separation and detail thats causing you fatigue?

You’re right - I’ll play around with different combinations to see if something works. There is something about the K9 on its own that is 100% causing fatigue in my listening that I don’t hear on the BF2/Jot2. 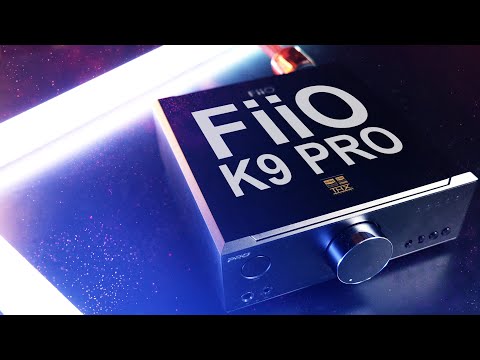 Well I have been on the fence on getting this for the past month. I needed a new DAC and figured having another headphone amplifier would be nice too. Finally pulled the trigger after this review. It’s sounds like what I’m looking for. I’ll post my thoughts on it here after I get it and use it for a few days.

Honestly Josh review was so much better in pointing out the key pros and cons. But yeah I do hope this will be the baseline for future dac/amps since this AIO does so much right.

This AIO unit looks compelling, seems to be getting solid reviews. Endgame reviews, in fact.
I’m one who preferred a lowly hip dac V1 to a very good XDUOO XA-10. Mainly running Sundara (balanced) and FH3 (SE).
I wonder if I have weird or lucky hearing in that I like gear that happens to be inexpensive.
Wonder if the K9 Pro would be different enough to justify itself.
If Fiio ever ceases support for the companion app, can the K9 Pro still function at almost peak functionality?

It honestly depends on what you are looking for really. As with what Josh said its a precise sounding amp thats is mostly tonally accurate with slight thickness and very precise imaging. Yeah its pretty much endgame for me but some people might find hearing every reverberation of the string at the expense of a more lush overtone a bad thing so ymmv.

If you are chasing IFI smooth warm slightly slower decay more sustain getting Zen DAC/Can Signature with a 4.4 to 4.4 interconnect might be better. If you are ok with a more aggressive midrange burson playmate is another choice to consider.

With reguards to app honestly its pretty useless. The only thing worth nothing is that the filters can be changed via the app but honestly there is hardly a need to change the filter in my book as the stock filter gives the most precise sound.

Anyone A/B’d this against a Matrix mini 3? I’ve loved my mini up to now but it’s not super good with some of my favorite cans (LCD XC 21s, ZMF Auteur) and I’m hoping the K9 here is a better match.

The mini-i pro 3 headphone out is pretty meh, K9 pro is much better control and resolution with less lower mids smoothing as well assuming you dont need the streaming capabilities.

That being said the line out of the i pro 3 is really nice and where I think majority of the budget went. Somthing like a used Cayin iha-6 or singxer SA-1 might be worth if you plan on using the matrix network features. Otherwise if bluetooth is enough for when you need wireless functionality then yes I can safely rec the K9 pro.

Personally I only have the HE560v1 and HE6se v1 planar wise and the K9 pro runs them no problem.