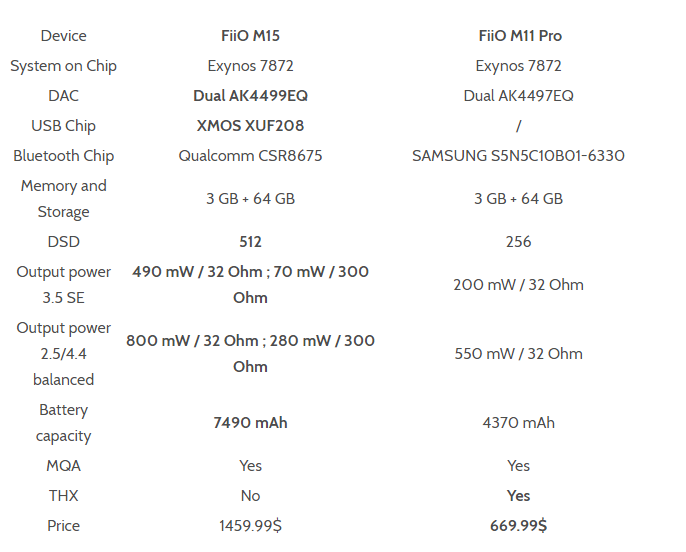 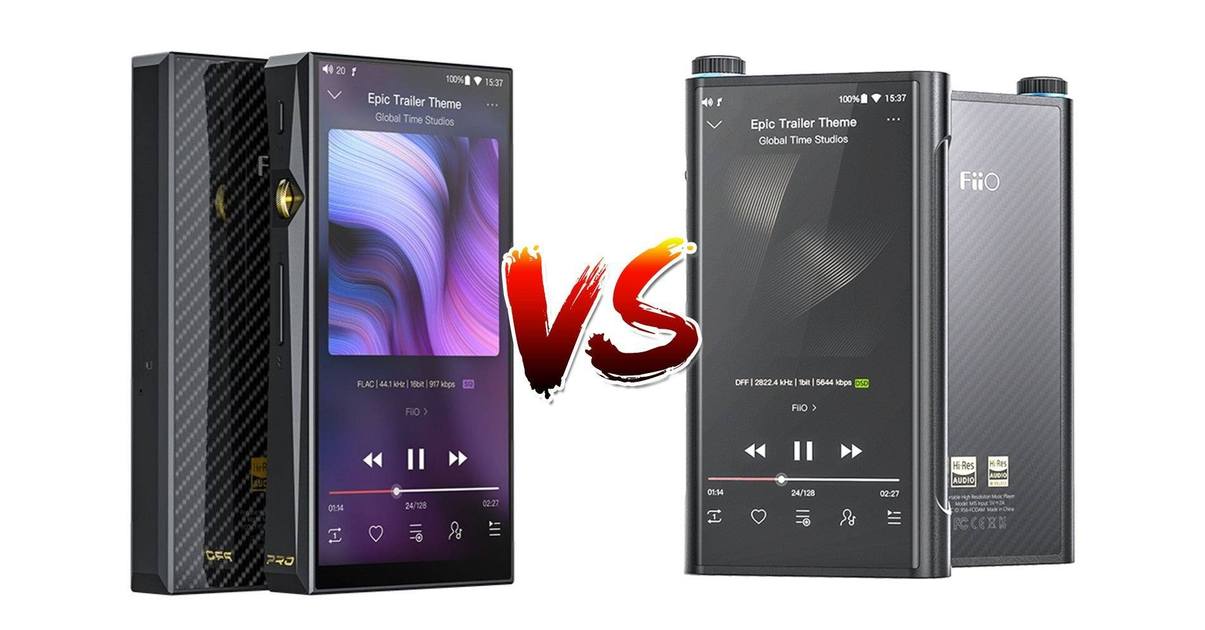 Have you heard about the release of the FiiO M15? It’s the latest and greatest from the Chinese company, the first big thing in 2020. But what about their previous flagship? The M11 Pro is their TOTL of the last decade, and it surely won’t let its...

M15 is pretty expensive. They already annoyed a lot of M11 owners when the released the M11 Pro a few months after.
I’m sure both the M15s timing and price won’t make customers the happiest.

I just picked up an M15 and got some hands on time over the weekend. It’s really solid and may be better than any desktop ss option I have right now. It’s a little warmer than neutral, but has a similarly silent black noise floor compared to my THX 789 and portable, but it doesn’t have that sterile sound I’m not crazy about. From what I’ve read, if you were only using iems, the M11 and M11 Pro should be fine, but the M15 was pushing my ZMF headphones pretty effortlessly this weekend, and the over-ear toggle really makes a difference. I haven’t tried the HE6SE from it yet, but I am curious.

I don’t generally like iems, and most DAPs I’ve used may have sounded fine, but had a godawful UI. I can’t really compare this to other flagship DAPs sound-wise. I’ve heard the SP2000 and it sounded really good, but I wasn’t in the market for a DAP at the time, and the UI was driving me away if anything. I own a Mojo + Poly and it has to have the least intuitive setup imaginable. Once you get it working, it’s ok, but the M15 just trounces it in terms of accessibility.

I’ve mainly been playing FLAC files from an SD card, but there is a shortcut to install all the popular streaming music apps. I installed Tidal and it works really well. MQA is supported, but not fully for streaming yet. It should be coming in a firmware update. The M15 may turn me into an iem convert when all is said and done. I have mainly been using it balanced with the JVC HA-FD01 and the Campfire Andromedas and I just ordered a pair of Campfire Atoms to see how much bass this DAP can put out. It’s a very expensive purchase, but cheap when compared to it’s competition. So far, I am very pleased with the new toy.

I’ve been thinking of getting the m15 to be my all-rounder solution for demanding over ear headphones. I have a minimalist style for audiophilia and prefer to keep from desktop amps and things like stacking. My previous setup was the Focal Elex running directly from my Fiio M6 which sounded great. However, my Elex had a channel imbalance issue so they were returned and I’m thinking of getting the slightly easier to drive Focal clear to replace them.

Alternatively I’ve been looking at jumping right into a ZMF Verite open or closed or a Diana Abyss V2 but I know from experience with trying other 300ohm headphones under 100 sensetivity that something like that will not work with the Fiio M6 if I don’t stack it with some amp like the chord mojo.

I’d prefer to keep my source simple. Do you think the m15 would work for me? Or do you think I’d be better off saving thousands of dollars and just getting clear to pair with my m6?

That is definitely a key word here. Thoussaaannnddsss

You could get a android phone as a dap and add different amps as you see fit.

Find an android on eBay and buy a amp that fits your taste. Android phone will have a better operating system (without restrictions) and last longer imo. And you can swtich the amp when you want to try something different.

Hmmm. Well the m15 would do it for sure, it would most likely be just as good or if not better than something like the mojo. At this price range I personally prefer the cayin n6ii for it’s features (and presumably sound) over the m15 from what I have seen, but I haven’t heard it so I can’t really comment (I haven’t heard the m15 but have heard the n6ii)

Well the m15 would do it for sure, it would most likely be just as good or if not better than something like the mojo.

Hmmm yes, what’s intriguing for me about the m15 is it seems to be an amp disguised as a DAP…

the cayin n6ii for it’s features (and presumably sound)

I’m going to research this now. Part of my questioning at this point is definitely what other options for amp-daps there are out there.

And yes it’s big, but I don’t mind that so much as long as it’s “comfortable.” For instance, a stack in your pocket isn’t really comfortable.

That being said if there was such a powerful device that was more the size of the early iPhones then I’d be down for sure.

Oh! And I should add that part of the reasoning for upgrading from Focal to ZMF is what I see as further simplifying my setup given the security of their lifetime driver warranties.

I’m loving the m15 so far. Absolutely loving it. But I don’t know that I would recommend it other than for your exact specific reason of not wanting things on your desk. I had looked at the n6ii and the sp2000 and thought this had comparable specs for less money. I went from sitting at my desk at work from 8 hours a day to standing for 7, so my listening circumstances changed a lot. I wasn’t really in the market for a DAP prior. I had heard some but wasn’t crazy about them.

The m15 has all the power in the world to drive your Focals, and likely the ZMFs. I’m waiting on my balanced cable before trying mine. But, like the others said, the m11 can probably do the same. I haven’t found my ZMFs to be too picky considering they are 300ohm, but you’d be missing a lot by getting ZMFs without some form of tube amp.

As good as the m15 may be, I am still sacrificing by going portable. Comparable desktop results are available for a lot less, and they have a small footprint these days.

Maybe the question is how do you really top the m15 in the current market? Because I’m beginning to think that it’s the best DAP on the market regardless of price.

It could well be, but I can’t tell you that lol since I don’t have any experience with it. I just know at this price a good phone and a chord Hugo 2 or woo wa11 or wa8 would be my choice, but then again, it’s definitely not as convenient

I love the m15 and it’s more than enough for me considering it’s being used almost only at work. I’d want more at home on my desktop, and if this was all I had I would likely look into a desktop first- with mobile possibility- like M0N mentioned with the Hugo 2. I think the m15 may be the best value when combining sound and UI, but the SP2000 likely has better pure sound. I just don’t care for how sluggish the operating system is

Not familiar with vrms either, and a quick google search was a deeper dive than I wanted to take. I’ve heard the sp2000, but that was some time ago, and I wasn’t listening with the thought that I would one day be in the DAP market. I do know that the m15 uses 2x of the same DAC chips the sp2000 features. When the sp2000 came out it was one of the first units I ever saw with AK4499EQ DAC chips, and part of me thinks that novelty contributed to the inflated price you see now. I think that price should have come down some now that the tech is a little more mainstream, so to me the m15 seemed like the better deal. But, there are plenty of examples of 2 devices with the same chip sounding wildly different, so I take the internal similarities with a grain of salt

Astell and Kern “This Dap vrmms”