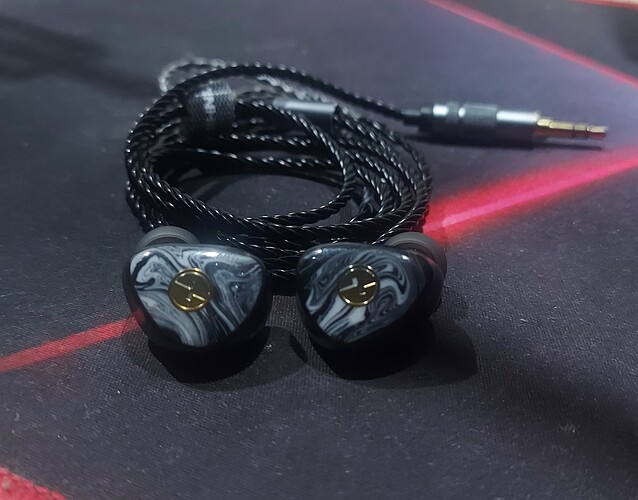 Ah, Tin Hifi, the one brand that introduced to me their Tin T2s, and also that one that kickstarted me to collecting IEMs and pretty much blown out of my mind when I first got the SE215 as my IEMs for use and pwned it hard by the T2’s sounds. It is safe to say that, it was never the same after getting Tin, but ever since getting the T2s from Tin, it’s nothing but all mehs, unnecessary revisions and a quiet decline ever since from them, and I think the only good ones that I have known from them would be the T2s, P1s and the T4s, being followed up by unnecessary revisions of the T2s and the T5s which I have heard from some people, sucked; making me discouraged from getting a Tin-brand IEM for a while, until now.

I cannot believe this one is not of the main ones out there from Tin and should be one of main ones for they have damn improved from the T2s with this one in terms of sounds and looks in my opinion. The sounds for this price is freaking great and I cannot believe this one was able to compete with the Ikko OH10s which doubled the price from these and I have watched the video of Dan’s Audio Reviews, which showcases how versatile these IEMs are.

I love the balanced sounds, just the right amount of bass, sure the mids are a bit recessed but it’s still good enough to hear the vocals, and the treble is still detailed even though it’s on the relaxing end. Fit for me is a huge improvement it might not be to some, cable is ok so far it’s not being kinky and weird and the looks? I am all for it, I love the new looks of the T3 Plus. They should continue to improve upon this model starting now, for I think this is Tin’s redemption IEM despite its price.

how is their soundstage and imaging?

For the price, it’s very good, the soundstage width is great for the value you’re getting out of it, sure it’s not as mindblowing or spectacular like the higher-end IEMs out there but to me it’s great. Imaging is great as well for I am able to distinguish each instrument that is playing and it has that balanced sound where you can hear the guitars, the bass and the drums playing, and it is more apparent to hear them when you play an acoustic track. I listened to Nirvana’s Unplugged in New York with this, and man it’s heavenly, the drums from Dave Grohl, the Bass from Krist Novoselic, Pat Smear’s backing guitar, and Kurt’s strumming and singing just harmonizes quite well one another, despite the mids of these are a bit recessed and that is one of the possible downsides, along with its low-end a bit too much to some, but to me it’s just the right amount of bass and it’s great.

Ok here are some updates regarding the set of my T3 Plus:

Unfortunately after using mine for a while, the stock cables of T3 Plus are becoming a bit weird and kinky, so I guess it’s safe to say that a cable change is needed according to some reviewers despite it being soft. And I feel it’s also fragile, so you have to be careful with it, if you are planning to keep on using the stock cable somehow.

The M-size tips of the T3 Plus seems run a sliver-smaller, as evidence to my left ear hole not getting a proper seal but a bit of adjustment to the left ear piece, it seals fine.

Unfortunately after using mine for a while, the stock cables of T3 Plus are becoming a bit weird and kinky

I definitely can attest to this. I used mine last night while I was doing some painting in the house. After about an hour I pulled my phone out to check some messages and man that cable was a tangled mess. So, went back to my bluetooth buds and started looking for a replacement cable.

did you satisfy it’s kinks or flee in terror?

I don’t know how to desribe it, it’s Yesn’t

when you referred to boring / meh iterations of the TIN T series, did that include the T4 and T5?

the T5 and T2 EVO are the main culprits for that one. And the P1 Plus is basically a P1 with a new shell and more expensive so that one gets added to the list. Also don’t forget there is also a P1 MAX now and I am come the fuck on Tin! enough with the P1 revisions as well, it’s time to move on and create the P3 or something, hell make the T6 while having the T3 Plus’ sound as your main basis and improve it ffs.