FIRST SPEAKER AMP - Not quite sure what to go with

So, Im more looking at spending $100-200 US on a speaker amp to buy alongside a pair of Jamo S803 (Im going with the black ones. Would go for the C93 ii in Dark Apple, but I cant find them in that color anymore DX)
Either way… The plan is to be able to use the speakers in a desktop/small room setting for now, then once I get a place of my own, probably have them become front channels for a home theater set up(at that point, I may swap back to my iLoud Micros for desktop, and keep the amp in the event I wanna go with a pair of passive speakers instead.)
Anywho, I would love some recommendations for a speaker amp, keeping in mind I will probably be using my Zen DAC to feed it signal.

You might possibly be able to find a used Parasound Zamp V.3 at the top end of your range. Should work well with the Zen using variable pre-out. I also enjoyed my Topping MX3 that the Parasound replaced and has a built in DAC and bluetooth and a very small footprint for a desk setup.

That is one I have looked into. I would be tempted to use balanced, but then I start to question what the benefit would be… I also would have the urge to find a way to change the freaking color… Or learn to live with one silver thing on my desk…

In case yall cant tell, part of my problem is over thinking shit… possible mild ocd, but we wont get into that…

My set up is predominantly silver (Light colored wood desk and navy blue walls means silver works better for reading details on equipment) A few black items work as accents when arranged nicely. I suspect the opposite would be true.
Also Balanced is not as necessary as you think unless you’re doing longer runs from your dac to your amp

Nah, short runs, and most everything in my set up is black, a dark wood, or a darker gray.

At that point, I have my JDS Labs Ol Switcher

The other issue I see at that point is what am I paying an extra $30 for over an SA300?

the concert series sounds a healthy chunk more refined. that being said, with the 4" driver on the c91 ii’s you are sacrificing a little(not much) low end for more detail.

edit2: you can also sand the veneer down later if you feel like it and buy new applewood veneer. veneer is thin and does not take much sanding to sand off.

But are they almost 3x healthy chunk more refined? The C 93 ii are $315 on Amazon, and out of stock everywhere else. If I am settling, it is because of the (rather large for my budget at least) price difference, and not being able to get the color that I would like.

Have you considered the Emotiva?

Crutchfield has them. Order from them if you order. You get reward points and the crutchfield peeps be awesome.

Not 3x’s better, no. But that’s not really going to happen in this day and age. You will notice the difference if you could a/b them.

The s803’s are fine speakers. I have steered quite a few people to them. Was just saying if you really wanted the c83 ii, there are ways to make them look the way you want.

You can get a 5.0 c series system for not much more than the c93’s alone. Really depends if you feel like jumping up a tier on your mains.

Have you considered the Emotiva?

I have… If I REALLLLLLLY stretch things, I could jump on it.

Crutchfield has them. Order from them if you order. You get reward points and the crutchfield peeps be awesome.

Okay… I am sorry if any of this comes off as rude… I actually just woke up and havent had my morning coffee yet, and am simply trying to make counter arguments, SO…
Crutchfield is out of stock. On the C 91 ii and C 93 ii. Unfortunately, there is no telling when they will be restocked.
Yeah… So do a number of other places… I simply dont seem to buy from anywhere enough to make it actually matter. I never earn enough to be able to do anything (or anything I find useful) and/or they expire before I make another purchase.

The s803’s are fine speakers. I have steered quite a few people to them. Was just saying if you really wanted the c83 ii, there are ways to make them look the way you want.

I would really like the C93 ii, but I am also concerned about my budget… And I have been worried about doing something like Plastidip in concerns of altering the sound somehow.

You can get a 5.0 c series system for not much more than the c93’s alone. Really depends if you feel like jumping up a tier on your mains.

A 5.0 concert series, or S series? And if you are talking about the S803 Walnut 5.0… That is where I will say NO, cause that shit does not look good to me at all… White doesnt appeal to me for whatever reason…

I am gonna have to do some research to understand that, not gonna lie…

I was looking at the 5.0 S803 set when they where $200 on Amazon… However now that I am more ready to jump on it, the price has shot back up. I have also taken into consideration the idea of trying home theater in stages: 2.1, 3.1/4.1, 5.1
One question that has come up is: How much is it worth it to chase the shit thats more then twice the price in one area, making me have to wait longer for other items I want/need to get(a car for example)? In this instance, is it worth my money to stretch that much harder to go up a tier that costs me almost three times as much, and not be able to jump for an amp to ensure I dont get a unit DOA?

music comes from your mains, surrounds can be anything, literally. not much comes from the surrounds in movies but some effects, just about any 50$ pair of speakers will do. your center should be the same or close to it as your mains, as the center is what 90+% of dialogue in movies comes out of if you have 5.0 enabled. 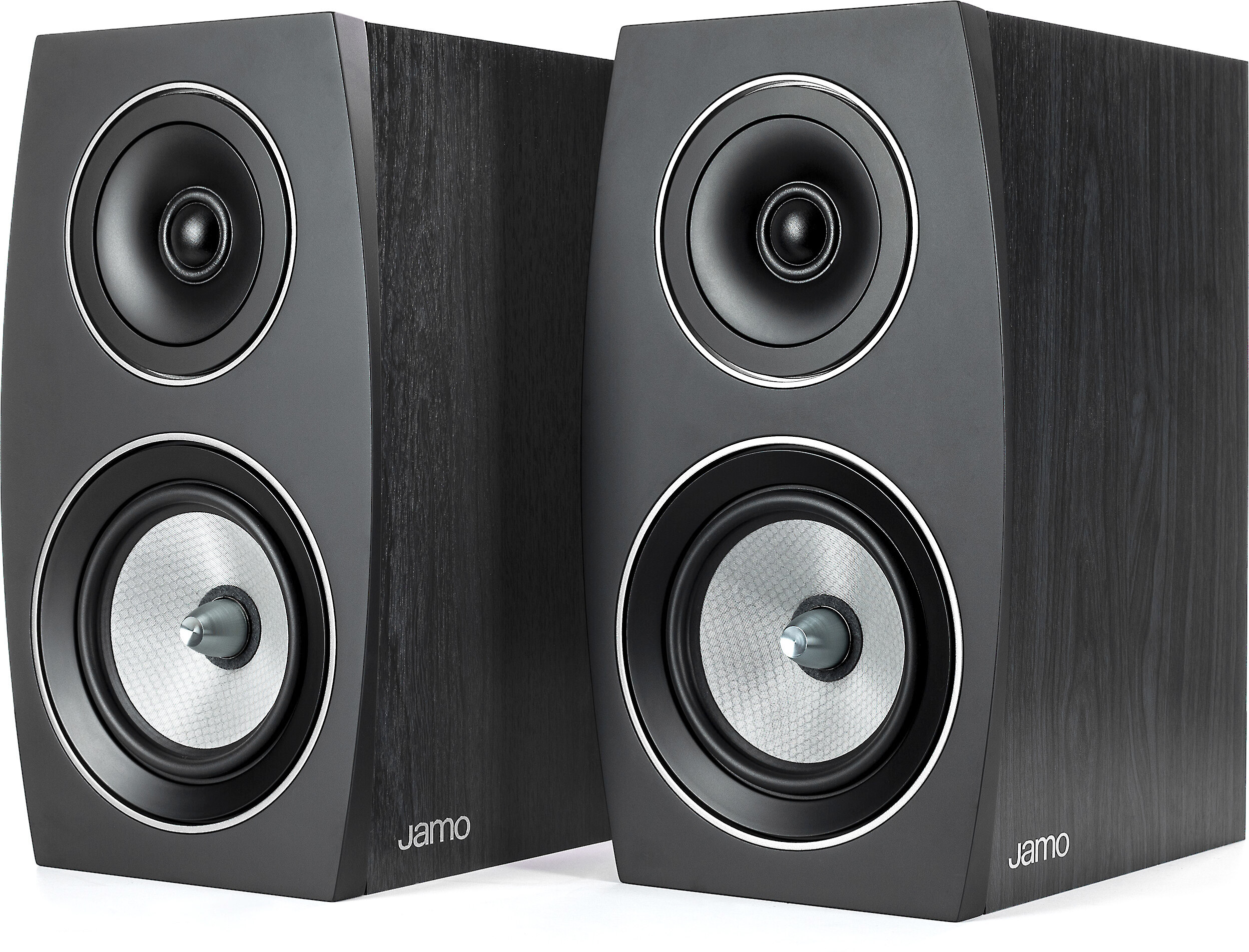 FREE 2-day Shipping: Dynamic sound that'll make you smile Did you know that Jamo has been building speakers for over 50 years? That wealth of knowledge is

another consideration, if you have the room, is the s805’s. they are small floorstanders that use the same drivers as the s 803’s, but in a larger enclosure tuned lower. They are currently on sale for 180$ish a pair. the s 807’s share the same footprint and have an additional 5" woofer to let them dig even lower. they are on sale for 250$ish for the pair.

but do not over stretch your budget. there is nothing wrong with the s 803’s and for 90% of people on the planet they are end game. i was the one promoting the jamo 5.0 while music direct still had them at 200$/set. half a dozen of my RL friends and i do not know how many on these forums have ordered them. everyone i have talked to loves them. I listen to them at my neighbors couple times a week rocking out. I almost picked up a set myself many times just because of the price at the time, even though i have more then enough speakers and do not need them at all.

oh and i almost forgot, if you plan on getting 5.0 down the road, i would look at avr’s and not power amps.

with your budget in life atm, you will get more bang for the buck out of an avr. 5.0 with power amps and pre-amp processors for 5.0, are expensive. You can get a nice dennon or onkyo or yamaha for much cheaper over all. I have a sony and love it, but they do not get the best reviews compared to the 3 mentioned above.

edit: most of the base 5.0 avr’s from those companies go on sale for 200$ or less through out the year. Unfortunately last fall, just about all speaker/amp prices jumped about 20% due to inflation and new taxes from china.