I’m wondering how much better the Utopia is, vs the Clear MG. Especially with EQ, how do they compare in sound? I can’t find a clear enough comparison.

So I have a dilemma. I ordered some used Clear MGs, slightly worn pads, but good. Then I saw the Utopia for £2k used, with new pads, extra cable, pristine condition. So I canceled the MGs and ordered the Utopia.

But turns out the MGs were already shipped. I can contact the courier and cancel it. But… Do I? Which should I cancel? I’d save a lot by cancelling Utopia, and I love the MG’s design. But if the Utopia really sounds better, I would choose it. I just don’t know any real comparison.

Upgrading from Focal Elegias, which I had some gripes with, especially the unfixable treble, and unnatural timbre.

So… You have both inbound? If so and the financial pinch is absorbable, I say give both a try and sell the one that isn’t as good.

The performance ceiling on the Utopia is WWWAAAYYYY higher than Clear MG. IMO Clear MG’s tuning is…well let’s just say if you didn’t like Elegia’s tonality and timbre you’ll likely be disappointed with Clear MG as well. I don’t know if EQ can save it. Maybe, but I’m a skeptic. Utopia’s tuning is arguably the most natural sounding in Focal’s lineup, as it should be, being their Totl model.

The tricky part of Utopia is it is signal chain picky. It can be much less than its best with many signal chains. However, IMHO it’s virtually impossible to make Utopia sound worse than Clear MG. It should be noted, though, that Clear MG is my least favorite Focal. I’ve heard all but Celestee and Elear. If you wanna hear me drone on incessantly about Focal’s, watch this: 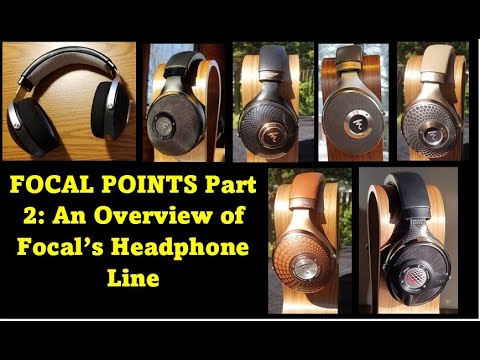 Thanks for the reply, I actually watched lots of your videos yesterday haha. You made some good comparisons that narrowed my choice to Clear or Utopia. Your reply tells me everything I need to know, I appreciate it!

I think I’ll cancel the Clear MG (saves shipping cost etc). I also can’t really afford both until I get paid, so I need one of them refunded.

To be fair, if I kept the Clear MG’s, I’d probably still be dreaming of the Utopia’s until I got them. So I’ll bite the bullet now, and upgrade my amp setup later. My uncle has an RME Adi-2 fs I could try, I’ll see how they scale up.

the two are so vastly different, particularly in price point, I’m not sure if you can really provide value proposition for the two against each other.

I haven’t heard the Utopia, but I have heard the Stellia and the Clear og were 90% the Stellia, so the savings could be worth it…but that was the og and I understand the newer models aren’t as warm / fun as the og.