Let me explain a bit, the Axe-FX III is a guitar modeler by Fractal… The device also act as an audio interface when connected to your computer and has an arguably decent headphones output, among many others…

Just wondering if any fellow guitar player / audiophile have experience with this and how well the Axe-FX III compares to a proper dedicated headphone amp.

I would assume it’s more than good enough but I haven’t heard it, it’s a higher end unit and typically there is some care put into the headphone amp

Says here the headphone out is 35 ohms, so not the best, but I’m sure it’s not bad. 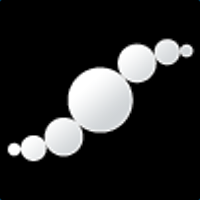 Is there any recommended Headphone Impedance for the Axe FX III ?

Ehhhhhhhh that’s not good lol. I wasn’t able to find that info, thanks for finding that. Yeah on an elex or something that’s really going to mess with it

Could use a planar with it and would be just fine, or 6XX.
Project Polaris has a variable output impedance and it doesn’t affect any of my planars when adjusted all the way up to 120 ohms

Interestingly, some folks in that forum are saying that the higher impedance headphones do sound better.
I’ll try to find some official information from the manufacturer in regarders to the headphone out.

I was using the 6XX prior to switching to the Elex.

Perhaps, it’s time to uncloset my Liquid Spark and compared to the Axe-FX III…

This is not really true when comparing different headphones

I was using the 6XX prior to switching to the Elex.

Wouldn’t hurt! The main difference with output impedance is low end damping. But it also might be an indicator that it wasn’t given special attention when it was being designed. So if your headphone is less than 8x higher than the output impedance, it sounds more bassy, but not in a good way.

Well, my cheap stack of Liquid Spark + Topping D10, actually sounds brigher! Not in a bad way, but in a more clearer and more defined way.

Might be placebo, as this is from 5 minutes testing, so I’ll test more these upcoming days.

EDIT: Definitly not placebo. Big difference with the Elex, at least.

Time to go amp hunting for my Elex, now…

That’s right! That was part of your campaign when running for Admin, wasn’t it

Just saw you have HD800s in the Aeon thread. Why not use those? They would be perfect. Aeon would be even better when you get them!

I think he was wondering if it was a better Amp/DAC than something dedicated to the task.
So it’s more about working with all of his headphones, rather than finding one it works with.

Ah, well yeah an external amp would in fact preform better than the fx III

You are saying the 300 ohms HD800s would be perfect with the 32ohms output of the Axe-FX III than say my 80 ohms Elex?
(Still waiting on receiving the 800s and the Aeon2 though!.. yeah expensive week!)

Essentially the Axe-FX III is used for playing and recording guitar.
I just enjoyed the ease of use of just having my headphones plugged in there at all times, since I spend a lot of time playing / recording guitar.

So for the past months the Axe-FX III has been my main audio interface… for playback, gaming, guitar, recording, etc.

But not that I realise that going through my D10 + Spark stack with my Elex sounds considerably better than the Axe-FX III… I have to re-think my whole audio setup at home, lol.

Kind of a fun dilemma, though, ain’t it!

Now I’m thinking of using one of the output of my Axe-FX III to go through a DAC (using a XLR cable).

Now I’m thinking of using one of the output of my Axe-FX III to go through a DAC (using a XLR cable).

To do this you would have to get a dac that supports coax spidf or aes/ebu and connect it that way. So you would want to look for a dac with usb and spdif (as an aes/ebu dac might be harder to find that’s not pro gear)

Right, 300 ohms is outside that 8x window, and planars aren’t affected by output impedence.

Though if you wanted to keep using it as your DAC, feeding it through your LS would allow you to use all of your headphones with it