Sadly this is ending, so he’s selling the robot. 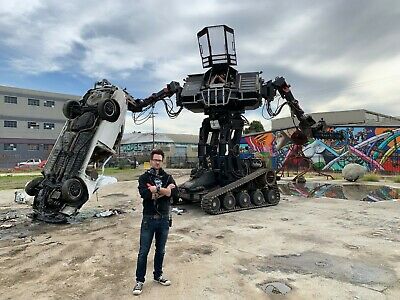 This robot was originally constructed as the United States’ entrant to the well known USA vs Japan Giant Robot Duel. It’s piloted by two people, and stands 11.5 ft tall when it’s squatting down, and about 16 ft tall when it’s standing up.

You don’t see that often, lol.