Am I supposed to find it funny the same way the Birds Aren’t Real people are supposed to be funny?

I’m not sure how or if you are supposed to find it funny. I’m merely saying that I find it funny, there’s a kind of absurdity to it. Intentional or not, I can’t say, which in itself is interesting.

I caved to peer pressure, and ordered a set of the Reecho SG-01 OVA from Penon the other day. Hoping they're actually thin enough to be comfortable for me to wear while side-sleeping. Yeah, they are quite small. You should be fine.

Let’s see, in terms of staying away and I just discovered this on a random YT recommendations about the Chus apparently being shit to him and you should get the Variations instead of the Chus and those fucking things are too overqualified for the price, hell by a landslide the Variations wins, because a budget IEM has limitations and cannot just go head to head with a fucking higher-tier IEM.

Also the dude is some kind of a mad priest, rambling about his constant graph about his Etymotic ER2SE or XR whatever the fuck that IEM is, and its graph according from that dude, is the absolute so called apex of high-fidelity. I am like “is this dude for fucking real or is he just trolling?”

If you know who he is, you know but I am not mentioning him for he shall not be named in my opinion.

That or the true believers are out there poking bird carcasses because the bird drone manufacturers
have gotten so good at making robot cameras look like dead things: bones, guts, feathers . . . “NICE TRY GOVERNMENT!” as if they fell asleep watching Screamers after drinking too much pool water.

i am 99% certain the dudes a troll now

dudes a troll… and ruins a great animu girl

S/HE WHO SHALL NOT BE NAMED thinks they can review headphones that they don’t own, and have never heard based on a frequency response graph alone. A shitposter with content of the lowest quality: contrarian piggy-backing of popular reviewers.

Buddy is nothing but snark, manages a scarstic tone without any humor, and probably thinks his irreverence makes him special.

This jackhole is not worth youtube clicks, as I would prefer to accidentally click on an AV Atmos video than anything NOT TO BE NAMED puts out.

It would seem so, I mean I just discovered the individual and back then I don’t really know about him. I kind of want to forget about him all of the sudden, for I know I won’t be learning shit and he’s just trolling is what my current assessment right now.

I know this might sound ridiculous or even petty from me, but due to that gobshite’s rambling about the ER2SE or XR, I don’t want to get it anymore for the dude pretty much ruined my impressions on it. It’s like I am being held down as hostage, being forced to eat Reese’s puffs all day while there’s a gun put on my head while screaming at me that they are good, even though there is such a thing as preference for I am not into Reese’s puffs yet for I haven’t eaten one, but because of him I will hate the fucking cereal, it’s like that.

I liked this round up… I bought product from him previously and he always has pretty solid takes. 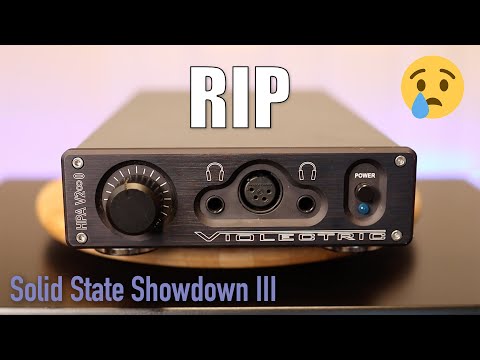 I anticipate Stockholm Syndrome over Reese’s Puffs. That’s a first.

Seriously, ignore the m’fer. He’s an imbecile, the typical high school contrarian who refuses to grow up. The only difference between that guy’s opinions and a bucket of shit is the bucket.

If you want Etys, go for it. Don’t let the troll spoil the hobby for you.

I have tried both the ER2XR and ER2SE and really liked the XR, the SE felt like it needed some bass, but both had good resolution and detail retrieval. I get why there were standard good answer for a long time on the IEM market. I just don’t like the fit, and I have small ears, which probably makes them even less comfortable.

I too agree. I still have my pair of XRs and I enjoyed them tremendously for the time they were in my rotation. If you can get over the fit, I think they’re the top choice for the $100 price range along with the Olina. I know which reviewer you guys are referring to and his videos are at BEST enjoyable the first time you see one … but then once you dig a tad deeper and see that he literally does this in every single video … it gets old real fast.

thinks they can review headphones that they don’t own

People who do this are just complete dickheads. Same goes for people making comments, statements, and things of that nature about products they’ve never heard or used.

Reminds me of “spritzer” and the Head-Case crew. Spritzer tried the Soltanus Acoustics Minima and proceeded to call all Soltanus Acoustics “utter trash” (even though he never put other models on his head)… then the dude went on to ramble about technical aspects because he couldn’t debate that he has never heard any other model other than “Minima”… and then went on to dismiss my opinion even though I owned and used the flagship Euridiche for over a year.

Some people are weird.

Don’t get me started… Those ones are the reason I started writing. I couldn’t stand the low-effort shit reviews these so-called “reviewers” were (and still are!) putting out.

Shout out to Julian Krause: 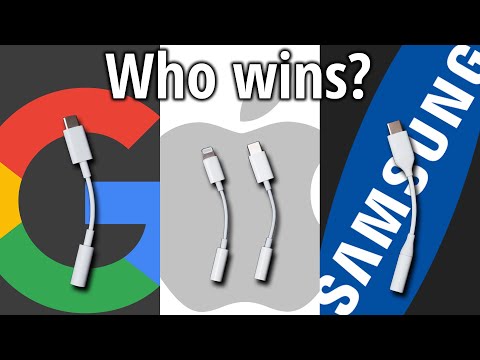 He isn’t so much into audiophile topics, but approaches the audio equipment more from a technical/objectivist standpoint. I don’t find the topic of all his videos interesting, but when I do, I think his videos are very informative and explains some more complicated topics in approachable and easy to understand ways.

I watched that one yesterday, and it was interesting, but that is my sort of stuff.

Thanks I would need that, if the new replacement phone that I will ever get for some god damned reason does not have a headphone jack, this can be a good help.