Headphones decision of a lifetime

Is there anything better than Modhouse T60 Argons for the money? Z called them $1k headphones & they’re only around $500. They would be my first & likely my last planar/balanced headphone.

All I’ve got currently are B&W P7s & I love them, but I’ve only heard them plugged straight in on my tablet & on my phone.

I’ve got a SingXer SA1 on a ship somewhere on the Atlanic Ocean right now. That will be my first & likely last headphone amp. Maybe I’ll have it delivered before I die. I didn’t know it was coming from the UK or I would not have ordered it. SMH

Edition XS. Loved the argons for a lot of reasons but they just don’t stage like the XS and don’t have nearly the resolving capabilities, imo.

wait time on the argons is also something you should check up on unless you’re buying used. i’ve heard it’s hit almost a year a couple times in the past. they might have that problem fixed though.

I should also point out headphones are my secondary system for late night listening.

I’ve been watching Z Reviews for years & it might be I just want to join in the fun. I probably don’t even need any more headphones, but I’m curious what all the balanced planar hype is about.

I’ve got some Tannoy towers I’ve been waiting years to listen to. I’m caving into Communist China to make it happen. I ordered the SingXer SA1 to be my preamp.

I listen to all kinds of music, as long as it’s involving real musicians. I’m of an opinion a speaker or headphone that only sounds good with certain music, is of no interest to me.

Thanks for your response. I’ve read up on Hifiguides about the Hifiman Edition XS. I hadn’t heard of them until you mentioned them, but I’ve only used headphones for the aspect of privacy, until now. You mentioned the XS cans had soundstage. That’s high on my list for my serious listening enjoyment.

the sa-1 kicks ass. i think you’ll love it. and planars are pretty awesome when they’re done right, which is actually kinda rare. they’re out there and there are quite a few that are pretty amazing if you’re willing to EQ but without it, usually you just really gotta like a certain companies house sound. i admittedly do really like hifimans house sound and do EQ some of their headphones and on the flip side (and i know i’m probably gonna get roasted for this one) i absolutely hate sennheiser hd600s, 650s, and 6xx. i do not like them. i know people want mid forward cans but if i’m being honest, vocals don’t matter nearly as much to me as instruments.

and i should add that the hifiman mid dip isn’t nearly as drastic as people make it out to be.

I’m in the what goes in is what comes out group myself. I dont really want a speaker or headphone to add or remove anything from the music.

The quality of the recording of the performance, along with the mixing & mastering as a whole is what I want to hear as intended.

I don’t oppose EQ if one wants to have fun. As far as that goes, for fun, plug a subharmonizer into the chain. That can make some old music lacking low end, seem modern. I used to be a basshead back in the late 1980s, early 1990s. I had a custom installed Rockford Fosgate system in my car, 15" subs, no back seat in a VW Bug.

dude. you’re speaking my language. bugs with subs are insane. the XS has some of the best soundstage handling i’ve ever heard and i’ve tried most of the “soundstage king” competitors and even those are either exaggerated and come off as artificially distant or have no ability to sound like they’re inside your head because it’s dragged out so far. the XS has an odd ability to separate super far to one side when it needs to that threw me off the first few days i was listening to them but it never seems exaggerated, just accurate to the mix with staging. i’m a total sucker for soundstage and imaging and they just do it right. tuning is right where i want them to be as well. super well controlled sub bass that give a nice sense of rumble if the mix calls for it. mid’s aren’t forward but that planar clarity means they never get lost in the mix anyways so it’s a non issue for me and intimate vocals in some songs sound like they’re dead center inside your head if it’s mixed that way. the t60rp never really gave me that sense of immersion, they just felt like they had good energy and solid note weight.

Soundstage on my P7s doesn’t seem to exist, at least plugged straight in to my electronic devices. It’s been a lot of years since I’ve heard something with soundstage. I remember listening to a Walkman tape player when I was young & it sounded amazingly 3D with those stock cheapy headphones, like those light weight Koss things that Zeos loves. The P7s seem quite accurate, but they have no 3D soundstage.

Yes. Something like those are what used to come stock with a Sony Walkman tape player. They sounded amazing. Certainly to me they sounded amazing, emersive. This was in the early to mid 1980s. I know this will trigger some folks who will consider me making shit up, who have never heard of a cassette player & or never heard one.

I had 8 track tape players in my car and at home!! LOL
Cassettes were a BIG upgrade!!
Nakamichi Dragon…

Have these in rotation with other MUCH higher prices cans…still love these cans.
Goes to show the WIDE differences in opinions around here.
All good.

Its your ears and wallet…make these decisions to make you smile, not me or others!!
Now where is that Guess Who cassette??

I’m triggered. Nothing but good memories of the Walkman era here. I owned two or three different Sony models. Blew my mind that I could carry a cassette with me and listen to it privately instead of it blaring from my Panasonic boom box!

Two headphone jacks in the early Walkmans also were a bonus. My good buddy and I both would sit next to each other in the van on the way to high school cross-country meets and listen to The Cars’ debut album (INSTANT CLASSIC!) to get pumped up to race.

Yep, I’m right there with you guys. @pk500 Ah, another track and field, man, eh? LOL! I started running to get in shape for next football season, but it turned out I was better at track. Anyway…

@AntiWoke The KPH30i’s are all the rage around here. Cracks me up, actually! Check out the thread and see what people have done to them! As for the planar thing, I only have one set, and that is the HiFiman Sundara. To me they are the best cans you can get for under 500 bucks, but I don’t know about this Edition XS. From what I can gather, they are pretty darned good, too. Getting a hold of a set might be tough, though. And I can vouch for the Singxer SA-1. I have one and so far it’s been treating me very well.

Welcome to the forum! Hope everything works out for you.

I’m triggered. Nothing but good memories of the Walkman era here.

This was my otg for a long time 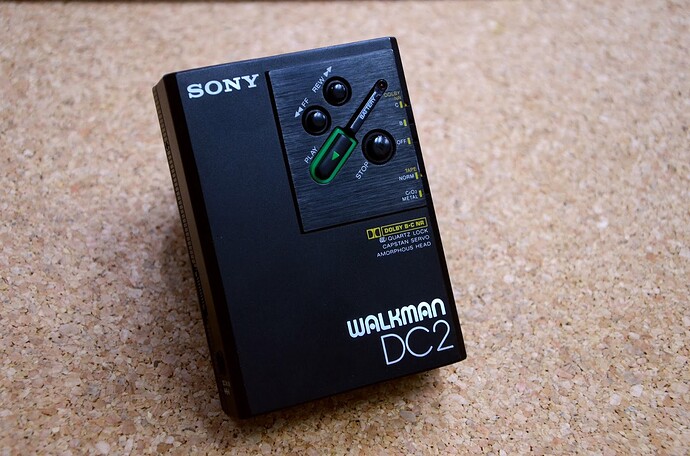 Yep. Ran XC, indoor and outdoor in high school and college. Division I - as a walk-on. But I made varsity for my very first D-I XC meet, probably because I was scared shitless that summer leading into my freshman year and trained my ass off!

OK, put “Glory Days” by Springsteen back into the jukebox, and let’s talk headphones. 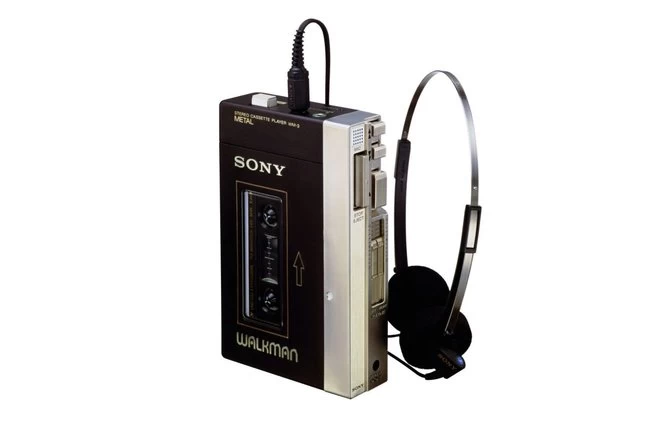 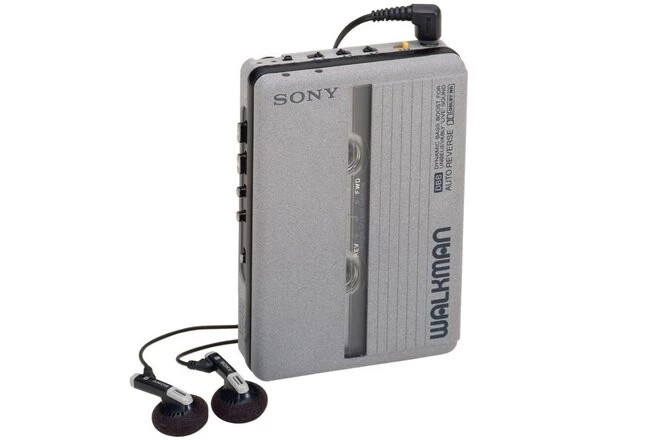 Damn, sorry to derail this thread. Let’s help the OP choose his cans!

Yeah but as popular as Z might be, I’d listen to multiple sources, that way you’ll have a clearer picture and multiple points of view, especially since you’d have to buy it blindly.
Ideally you’d find out what “signature” the singxer has (warm or bright or linear) and then buy a headphone with a fitting signature to balance it out (if the amp is warm, buy a bright HP, etc.). Afaik the T60 Argon is bright leaning, but I haven’t listened to it myself.
I’d also try to audition as much as possible first, but if that’s too much effort, then you’re at least in the right place to get good info.
I made 1 bad purchase, bought the Momentum 2.0 and SHP9500 thinking they can’t be too bad at 50 bucks each, but they turned out to be bad even at that price. The Momentum I bought from the same seller to save shipping costs and the 9500s cause they were liked by a few select people. Should’ve listened to more than just a few I guess.
You’re probably thinking “well which sources then” I can name a few. I find it hard to extract info from Z’s “reviews” sometimes.Some of the lesser known ones are chuckolatte, mr ayrit, passion for sound. I dont really share honest audiophile’s tastes, but he’s done quite a few reviews. headphone show is pretty in-depth. Crinacle has a list that provides a good overview to see what’s available. max settings and super review are also interesting. And a shoutout to metal571 whose reviews are a bit older now (since he stopped making them) but they’re also informative and sometimes funny. Some of these smaller reviewers might not have the most impressive presentation, but they go pretty in-depth which is what I value higher.

10-4. I don’t have any hifi shop I can go audition gear at. At least gear I could afford. I’m not going to travel out of Oklahoma for political reasons, so no RMAF or CAF.

I’m glad this place exists. Thanks.