Help me choose a new AMP (Arya and LCD X)

Guys, just as an update, my GS-X did arrive. I’m selling it purely due to financial reasons, but I’ve used it on and off for a week or so and have some quick impressions.

I followed the approach of living with the amp for a bit rather than immediately A/B testing it against my existing amp (789). I’d say that right off the bat it seemed to deliver more power than the 789, especially over the balanced output. Bass felt fractionally fuller, and there was a slight warmth to the lows and mids, but also a slight harshness to the highs. I’d actually say that at first it seemed to present a slightly V-shaped sound signature, but over the week this became less apparent, and the overall impression became more neutral.

I wrote in another thread about my experience of A/B testing the Modius against the Bifrost 2, and finding that I couldn’t really differentiate between them. I won’t go into quite so much detail here, and as an update to that, I’d say that the warmth and more natural feel of the Bifrost - despite being very very subtle - is something that I’ve come to appreciate. When I finally got around to A/B testing the GS-X Mini against my THX AAA 789, I did not have the same experience - it took literally one song for me to hear an undeniable difference between the two. The GS-X breathed life into each test song, making everything sound more dynamic and exciting but matching the 789 for detail and sharpness. The 789 by comparison felt suddenly flatter, and somehow more artificial - vocals and instruments didn’t sound as lifelike, and there was a dynamism and fullness that I missed. Everything on the Mini sounded more natural and lifelike, but also more immersive. As mentioned, it’s very powerful. Through the XLR output, I had no need to go beyond 12 o’clock on low gain with the Arya - this thing is like a nuclear reactor.

In more ways than one - it’s worth mentioning how hot it gets. If left on for more than 30 minutes or so, I actually find the Mini to be get so hot that I can’t physically hold my hand against it for more than a few seconds. I thought the Bifrost 2 was warm, but I could cook an egg on the Mini.

So yes, the Mini is great. If I didn’t need the money I’d keep it. Pairs beautifully with the Bifrost.

Im happy for you, that financial relief is so… Well relieving

Thanks dude. Back on the hunt now. The mini is great, but I’m now starting to find that there’s an intensity to it that I find a bit fatiguing with the Arya. I realise now that I should have listened to @M0N in the first place - the Arya is a brighter headphone and the GS-X is a brighter amp - the combo is incredibly dynamic and impressive, but after a few songs I find myself turning the volume down. It feels a bit like it’s attacking me. I love it, but it’s definitely a touch overwhelming as a combo.

I wouldn’t be without the GS-X, but I would now like to try the V280 as well. I know @Grant is selling one, but the shipping to the UK is way more expensive than I was expecting - $200 minimum with FedEx. Didn’t feel like committing to the latest Drop release either as they don’t ship for two months. I’ll be on the lookout.

I’ve been trialing a Magnius for the last week. Pleasant enough, but quite flat and narrow to my ear. Perfectly nice to listen to, but not exciting - this is over XLR. It does, however, have a bit more dynamism and punch than the 789. Lots of people seem to be enjoying it, but the prevailing impression seems to be lukewarm, which is seeing the Asgard 3 getting a lot of mentions. I’m thinking of giving it a try - I’d love to know if anyone has tried it with the Arya and how well they think it’d match up.

I’m thinking of giving it a try - I’d love to know if anyone has tried it with the Arya and how well they think it’d match up.

Honestly for a budget amp it’s quite impressive. It should have good punch and impact with the Arya, with a bit of a warmer tilt, and slight treble smoothness. It’s no 1k+ amp but it is pretty impressive for its price point imo.

Generally also in the 500 range, I like the monolith liquid platinum with the Arya because of its wider, more relaxed, and smoother sound that adds good body and space, but still has punch and control. In the same price range as the gsx you have a ton of options so there is more to cover there for sure

What about the Jotunheim as an amp only? How does that compare to the Asgard 3? Thanks for being a gushing font of knowledge by the way.

What about the Jotunheim as an amp only? How does that compare to the Asgard 3?

So personally I easily prefer the Asgard over the jot imo, like I pretty much think the Asgard is on the same level if not higher than the jot

From what I’ve read, isn’t the Jot a bit brighter than the Asgard 3? If so, then I cannot see the Arya+Jot being a good combo. Can the Jot+MB module or Jot+BF2 temper the Jot’s supposed brightness?

From what I’ve read, isn’t the Jot a bit brighter than the Asgard 3?

Yes, it also has a more peaky sound in general, personally not a fan

so, then I cannot see the Arya+Jot being a good combo.

It can, but it’s still inherently a peaky and more unrefined sounding amp, although the multibit does help a bit (but I still prefer the a3 lol) 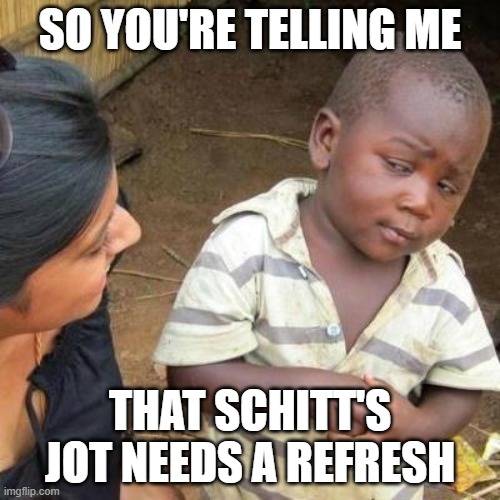 Will give the Asgard 3 a spin, and will keep an eye out for a used V280. I certainly don’t need more peakiness in my life.

Silly question, have you tried the Liquid Platinum Spark? I know @M0N does enjoy his Hifiman headphones and the LPS. Might be some more easily attainable synergy for you.

He did mention that to me. I saw what I wanted to see and built a system out of his recommendations without necessarily understanding the importance of synergy. I’ve got some great stuff, but I don’t know how well suited it is to my headphones.

@M0N, worth picking up a Liquid Platinum, or should I skip straight to the V280?

worth picking up a Liquid Platinum, or should I skip straight to the V280?

So the v280 would be an upgrade in almost every way technicality wise, but the liquid plat does have a very nice house sound tbh, I would just be worried it wouldn’t stack up to you since you’ve heard a gsx mini, the v280/281 would be more inline there

Also regarding the violectric, the bifrost is nice on there, but not the most ideal pairing, if you could find a soekris 1421 or 1541 that is an excellent combo, but for the time being the bf2 should be solid enough

Yeah, I remember you mentioning the Soekris. The thing is, I can’t find a 1421 or a 1541 anywhere. Is there an alternative that could outperform the Bifrost 2 with the V280, or will it be solid enough? Thanks.

A direct alternative would be the ares ii dac, that would be more forward with detail, a bit smaller stage but better depth, a bit worse timbre, but more exciting, it would be a sidegrade to the bf2 but a quality dac.

Going for a bit higher tier, the Holo cyan I mentioned earlier would be very nice for something very resolving but not bright or harsh about it, also pretty holographic stage, this would be more of an upgrade to the bf2

Is the Holo cyan an upgrade to soekris 1421\1541 too like it is to the ares2 and bf2? It seems the soekris is more expensive than ares2 and bf2 because of the included amp or am I mistaken?

Will continue to look out for a V280. I spoke to a reseller today who said that they’re built to order. The UK price is £1450, which works out to $1900! I’ll keep an eye on eBay and on here for used. I’d buy a new one if I could get it quickly without having to wait.