Help me find a singer I vaguely remember

I vaguely remember the name Gavin, youtube is full of some boy child rapper.
I know it’s a long shot, but I had a song of her on youtube a long time ago and the video got removed, it was years ago.

Indeed, a rare occurence when a supergroup makes music as good as they did apart.

I don’t k.ow so I’m just gonna list off female lighter skinned rappers.
Iggy Azalea
Doja cat
Danielle bregoli
How old is the song? I cAn probably track her down that way

Ok sorry for the late reply.

Doja cat is similar in voice and maybe facial traits, but nothing else.
I don’t think it’s older than 5 years.

But she’s not the weird kind of hip hop. More like rap battle, good flow. Regular hip hop videos of people singing in front of the camera with a fountain in the back, shit like that.
Also I think she had crooked teeth maybe she was british, I forget.

Here’s what you can know and somehow familiar to you:

Lady sovereign?
Only one I know not into British Rap too much

No luck so far, maybe it will pop up again eventually. Thanks for the help guys. 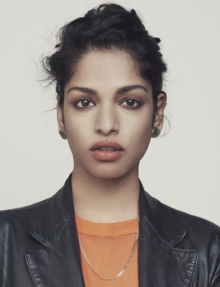 Mathangi Arulpragasam MBE (born 18 July 1975), better known as M.I.A., is a British rapper, singer, songwriter, record producer, visual artist, and activist. Her stage name is wordplay on her name as well as a reference to the military term "missing in action". Her work combines elements of alternative, dance, electronic, hip hop, and world music. M.I.A. began her career in 2000 as a visual artist, filmmaker, and designer in west London before beginning her recording career in 2002. She was ...

Nah, I think MIA is way too popular to miss or vaguely remember

She’s also much older, I think who I’m looking for couldn’t have been older than 25, if even that.

What about Charlie and Craig Reid from the a group called The Proclaimers?

Deborah Harry does a pretty good rap on Rapture.

Gavlyn, Category: Artist, Albums: Headspace, Why Wait, Make Up For Your Break Up, Modest Confidence, Habit That You Blame, Singles: Stepping Stones, Perspectives, New Energy, Calling (3 Monkeyzz Remix), You & Me, Top Tracks: We On, What I Do,...

Pretty good clue from the get go.

Also I think she had crooked teeth maybe she was british, I forget.

This made me laugh out loud.