I don’t know anything about playing music, but my friend I bought the Zen Air DAC and 400se for is so impressed that he said he wants to get a set for his boss, who also likes to play guitar. I said I’m not sure if the 400se would be good for that use, so here I am, asking.

what kind of cans do you want when playing an instrument? feel free to ask qualifying questions…I’m linking my buddy to this thread and will have him tell met he answers or cajole him into joining.

edit - I was told it’s an electric guitar.

I am not sure if I got what you are asking correctly.

If you mean something like cans for guitar amp simulator on PC, I think that comfort will be number one priority. Even though sound is important (at which 400se is no slouch), choice for that use case should be dictated by comfort preferences.

If you mean headphones for someone who happen to be a guitarist, it gets a litle bit complicated. I have observed that many musicians are ,a little bit paradoxically, a polar oppostie of audiophiles. It is possible to divide musical information into 2 groups: first one is composition and execution of a musical piece and the second one is sound production, headphones performance, etc. According to my observations many musicians absorb mainly the first kind of information, meanwhile in case of audiophiles it is often 50/50 or even sound production is slightly more important. In other words, for many musicians focus purerely on composition and musician’s performance and do not care much about having top tier headphones or how well a song was mixed and mastered etc.

If your friend’s boss fits this “unaudiophile musician” stereotype, then 400se are not something necessairy for his music enjoyment.

As a musician, I think it’s important to find out if he plans to use them while playing or mixing…ie studio type closed back or iems, or for just listening.
For listening I am Very much audiophile oriented because I have heard live instruments for so many years…guess i’m saying to get more info if possible.
I did recently recommend the dt770 or 700 pro x to a guitarist friend whose use is the
former.

thanks gents, I’ve referred my friend to your comments to get his input.

If he doesn’t mind open backs maybe the hd560s, for some reason they were the best my digital piano has sounded, even tho I didn’t love them for music, if he needs them closed probably something like the dt700 pro x

my friend is a sucker for marketing so asked me to see how the Boss Waza Air cans are regarded. 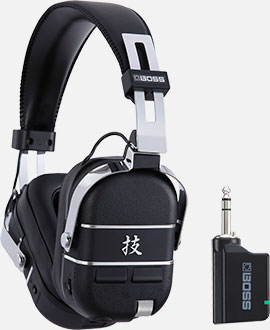