This is the official thread for the Holo Audio May DAC 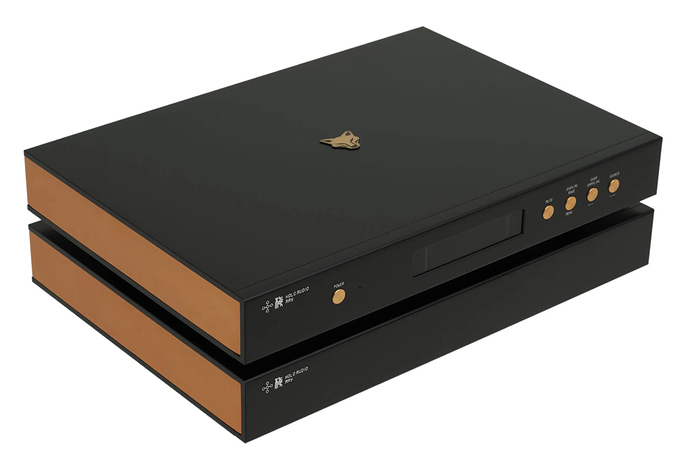 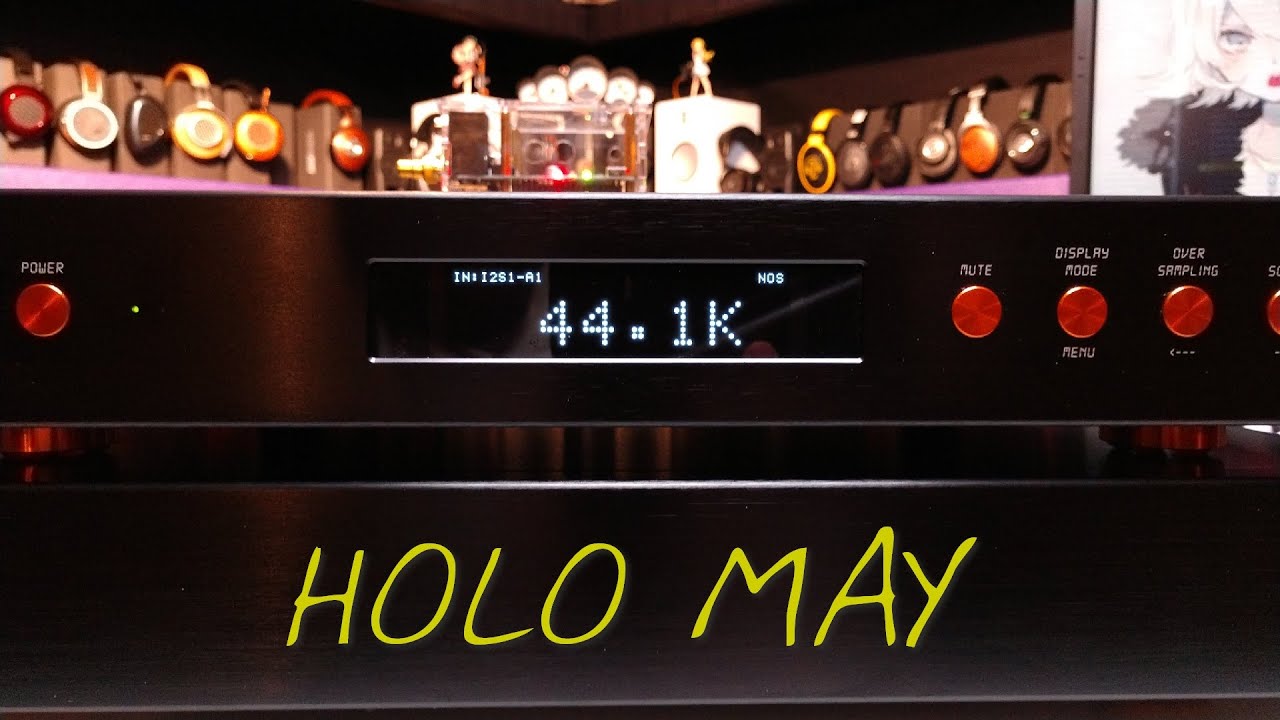 Just a forum member so I don’t get to watch videos like this from @ZeosPantera early. I guess we really do all hear differently. Or hear what we want to hear.

When I upgraded from my Border Patrol SE DAC to the Lampizator Amber 3. I literally experienced vertigo at one point while standing up from my chair because the sound stage was so immersive that I felt as if I was losing my balance and falling off a stage.

I will say that the same Amber 3 DAC when I use it to feed into my BHC/SB to an HD600 I never felt the same drastic difference, a lot of subtlety but none of the wow factor I get with my stereo setup. I won’t draw conclusions for anyone else, for me however I believe that the way to truly experience what a DAC can do is with a good stereo.

The other thing with comparison, is that I do a lot better comparing sounds and signatures when I’ve lived with something for a good while and I know its “feel” not just the sound it makes. There’s a tangibility that comes with intimate familiarization with the sound of a chain. Then when I introduce a new component into the chain things become a lot more obvious.

Thanks to this video I will probably never worry about dacs again and that’s a fucking win.

Am wondering why this overpriced behemoth is under official DAC’s?

Wasn’t made my a mod

Just going to throw this out there…if you pair a high end dac with a shitty $200 amp that is soulless and test using shit headphones, of course you won’t notice a difference. Just saying…

Dacs are basicaly the last thing you should worry about. The shit in the 1-200 tier is very good now. Upgrade cans to hifi, then amp, then give a different dac a try. Propper AB it and see if you hear a difference. If not, you have now saved on what is the most expensive part of high end headphone systems. If you do, well now you know and you have a new toy to play with.

He did use stelia. And 789 has never been claimed to rob stage (probabaly the most loved thing about the may). Its just aggressive as fuck. Plus he did put it on the qes reference for the last half the video

The thx amps imo are pretty awful. They don’t properly re-create space and they are tonally flawed in the treble.

I can’t speak for the Stellia as I havent heard one, but I’d think it is pretty obvious that the Stellia would be irrelevant considering the amp.

When it comes to higher tier gear, synergy can make or break the performance…ive experienced that first hand and it is so often overlooked by many in the hobby.

Well, it’s a DAC. You may think it’s too expensive, but it’s still a DAC.

I think the problem was his MoGOmi XLR cables. They sound like cheap knock offs of MoGAmi cables. Clearly he needs to buy proper cables and do it again.

Yeah, those are a real thing and the worst example of snake oil I can think of. 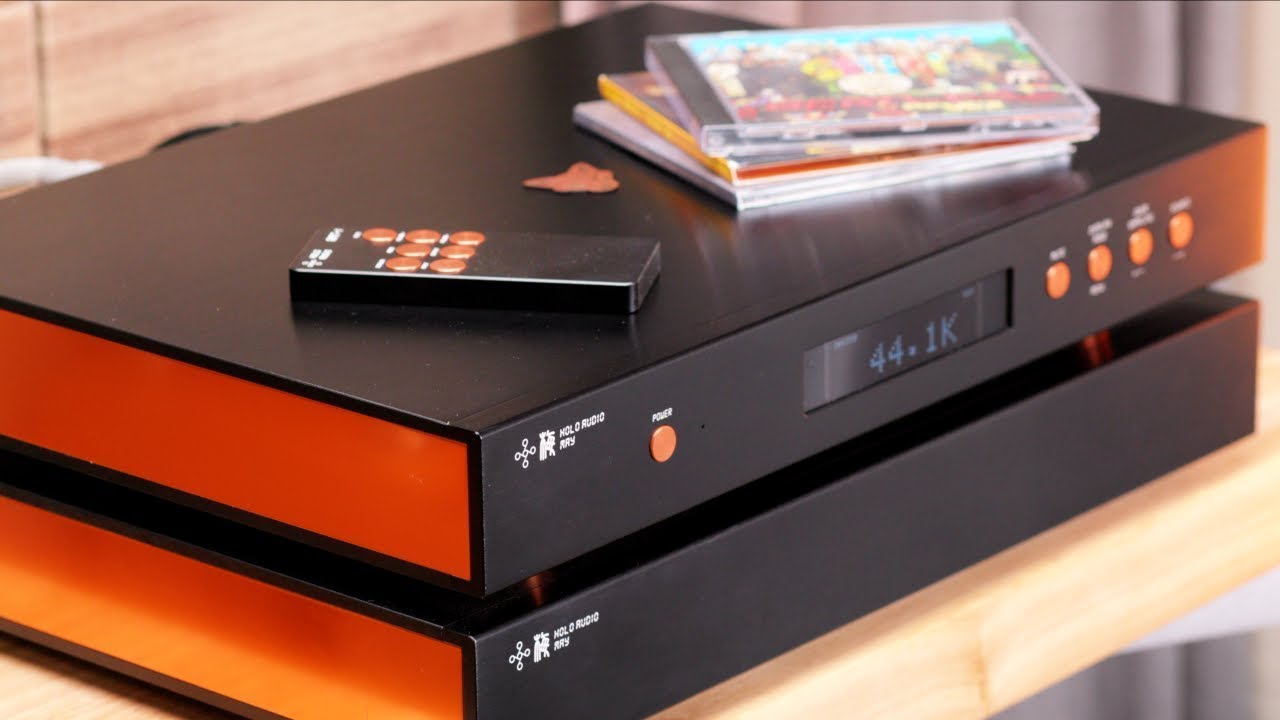 …trying to look at a microbe using a cheap and poorly resolving microscope.

Or…putting low quality tires from Bob’s Discount Tire Warehouse and then wondering why your Ferrari won’t accelerate and corner like everybody says.

I could go on…

I still think the test between 3 different dacs was still relevant and perfectly acceptable - regardless of amp/headphone.

Yes there are differences there between those 3 dacs, but maybe not as drastic as some would describe.

From my own limited dac testing I can hear differences between them, but they do really make the smallest change in the chain and if blindfolded and separated by time I probably wouldn’t be able to notice the difference. 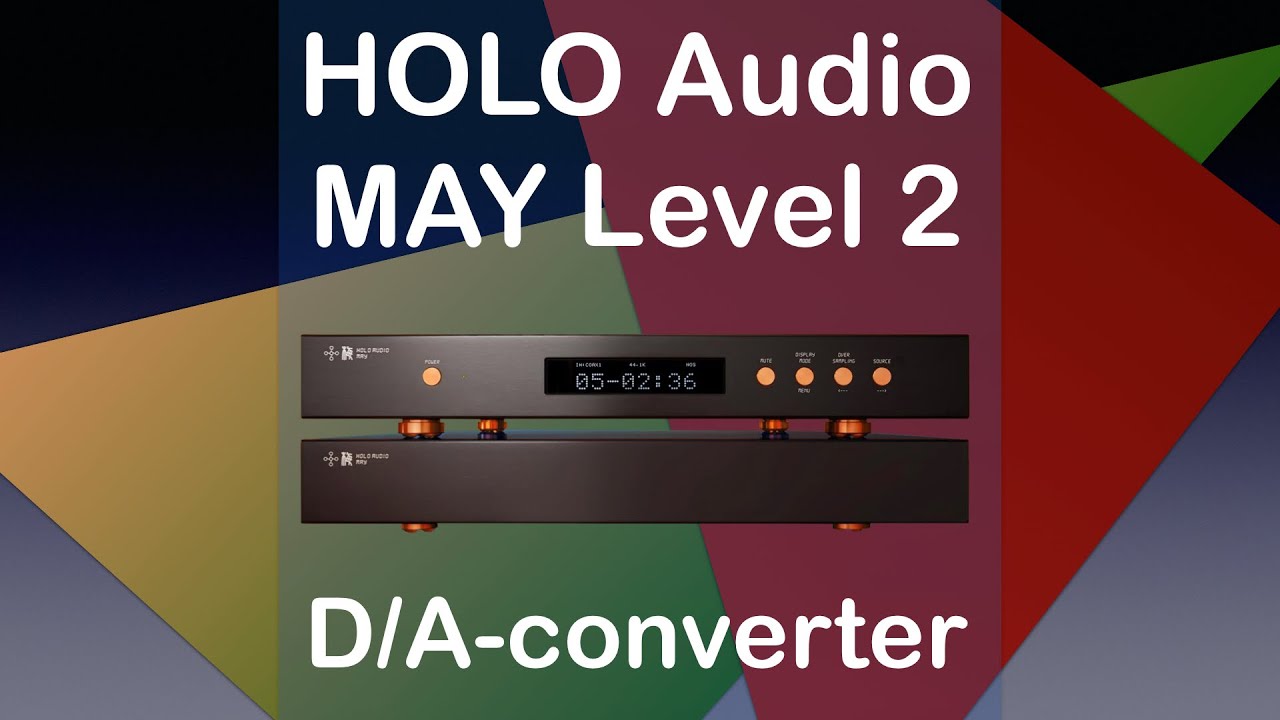 So owning the lower tier version of the DAC I have to say this review leaves me a bit shocked… For how poorly it’s done. But given this DAC I can say I will agree with Zeos on the following.

I’ll admit, I love my Spring 2 but the Spring 2 and May DACs are not for people who don’t care about signal chain synergy. Is $4500 a lot for a DAC? Yes it is. But it’s only going to make sense for those who will appreciate something like it, and Zeos here… doesn’t care emphatically.

Is the May DAC on my radar? Yes actually, but I can’t justify the size of it over the Spring 2. Until the two channel setup comes I can’t consider it due to the size. Before I get a May DAC I’m definitely making a stand alone music server (yes, a Pi2-AES to a Qnap should be plenty if someone is interested).

The thx amps imo are pretty awful. They don’t properly re-create space and they are tonally flawed in the treble.

Tell me about it. Just sterile sounding, shallow depth that leads to a flat presentation, and mids lacking body. This was readily apparent when I reviewed the Focal Radiance recently (mids stripped bare of any body, thin upper mids, overly sharp leading edge of notes). I keep the 789 in my stack because (1) it looks good sitting underneath the CTH and (2) it serves a reminder what not to buy in the future (the fad that is the feed-forward feedback amp).

Piggy-backing here…as one in current possession of a Holo Spring 2 Level 2 it really takes some high-end headphones/speakers to tease out why it’s priced the way it is. Even with originally $1600 cans like the HiFiMan Edition X V2, there were differences over my other mid-fi dacs, but not differences that justify the cost, IMO. That was until HE1000V2 and LCD-24 showed up (with a Diana Phi arriving soon). That’s where the improvements in detail retrieval and spatial re-creation revealed themselves. From I scientist’s perspective, I appreciate what Z was trying to do with using identical amps and headphones he’s familiar with (which are mostly <$2K). Controlling as many variables as possible is often necessary when doing experiments…but it’s not always possible, it’s actually not always appropriate, and it depends on the quality of the materials available to conduct the experiment. This last bit is where Z completely faceplanted in that review.

Another point…and I’ve said this in other places around the forum and am thinking I need to collect it all into some sort of ‘manifesto’ haha - the ‘great measurements means great sound’ thinking in this hobby is making it increasingly difficult to learn and understand things about this hobby. It’s also a poor excuse for ‘science’ or even ‘engineering.’ Human sensory data - ie paying close attention to things with our eyes, ears, nose, mouth, or fingers (be REALLY careful when and where you apply those last three, please) - has always been and will continue to be critical to the process of science and understanding the results of that process. In the audio context, telling people that they can’t trust their ears and justifying that position with ‘science’ is not only rude, it’s ignorant of what science is and how it works. Yes, biases and logical fallacies are a thing and are challenges to overcome, and that’s true in all aspects of life. But that doesn’t mean we can’t go about listening to things in ways in which we can trust the results.