I get it, I keep posting being indecicive about some fucking bookshelf speakers, but shit keeps making me think about it more. If I put them down in a bottom area(29"x17"x16" WxHxD, roughly) then they’d have a decent amount of room to project into a 11’x12’ space (can’t reliably measure the height, cause after a certain point, half of it fucking slopes down, and the other half slopes up). If I put it up top, it’s gotta go up with a monitor, leaving ~4" of space to either side (roughly 29"x17-18"{shelf above can be adjusted slightly}x17" area where both would be going).
Would be powered by an SMSL SA300 either way.
Which would you choose and why?

fi space is too tight I would go with the smaller choice and would choose the rb 42’s in a near field setup.its definitely loud enough to fill the space. if its just to play music in the room then I would consider the OoO cause it would also have stronger bass. but the RB 42’s still sound better.

If RB42 is placed in lower section, there won’t be any size constraint. Either way, the sub paired with the OoO would probably be placed on a carpeted floor, unless I feel like it vibrating the cabinet everything will be placed in.

For cost reasons, I’m going with the OoO if I buy a sub. I don’t feel like biting into my budget that much more now that I’ve had a chance to flesh it out more and figure out exactly how much room I have to play with.
Unless you know of a good compact sub that will fit in that price difference

sight personally I think the rb 42’s just sound better and it seems to be the cheaper and for factor wise seems to be better for you situation. I just personally think an additional sub kinda pointless for the OoO it’s already pretty bass heavy. but is cheap and good value and additional sub would really make the room shake and like german club which to me sounds FUN AF so either way doesnt seem too bad but I do lean closer for the rb 42’s

Hmmm I’ve heard others say it’s lacking in bass. When it comes to sound quality, most anything will beat the $30 Logitech 2.1 set up I currently have.

true. well If you can you could get the rb 42’s now and get an active SUB in the future… but Imo the rb 42’s are the better route overall if you can do it

I just set up a pair of ooooooos today, quiet volume it sounds rreeeallly good, but haven’t been able to open them up, so I can’t speak on the low end intensity. There’s definitely clarity in the lower end, but nothing that’s knocking my dick off. Bonus points for having a spooky speaker name.

I would really love to hear the RB42s though…

Well you could have also continued the previews post?
The space/cabinet it terrible anyways so probably will not get the full benefit out of any speaker you select. Still voting iLouds.

Since you cannot modify the cabinet.
How about actual stands that you modify, with no tools needed.

Get something like this as the “base” of the stand -> 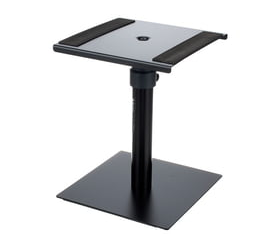 Then get a pole like 1,5m / 5ft that you place in the base.
And to that pole you attach something like this -> 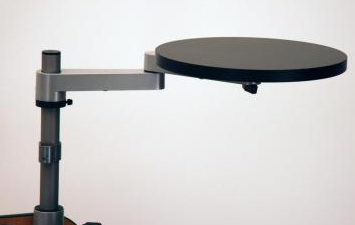 Base would go under the cabinet, pole would be right next to cabinet so no “space” is really used. Base holds the hole thing in place, you would have height adjustable speaker stand’s with extending arm’s that you can move to suit different situations.
Pick any bookshelf size speaker and play. Weight limit is around 30 lbs / 15 Kg.
Just a thought that could help in the situation. Only imagination needed.


Is there something you’d change here?
There’s no XLR interface cause Behringer’s prices are weird right now. Even the UM2 has jumped up to ~$50 from where it was ~$30.
I’m looking into the stands, but I’m leaving that as a “maybe” plan, as something makes me doubtful I can get away with it at this school.
Antpage2 December 15, 2019, 8:13pm #15

this is a pretty good trick. now in the future if im stuck at what to buy next i’ll just do a poll vote lol