So lets see who has interest in ifi’s New Phono pre. 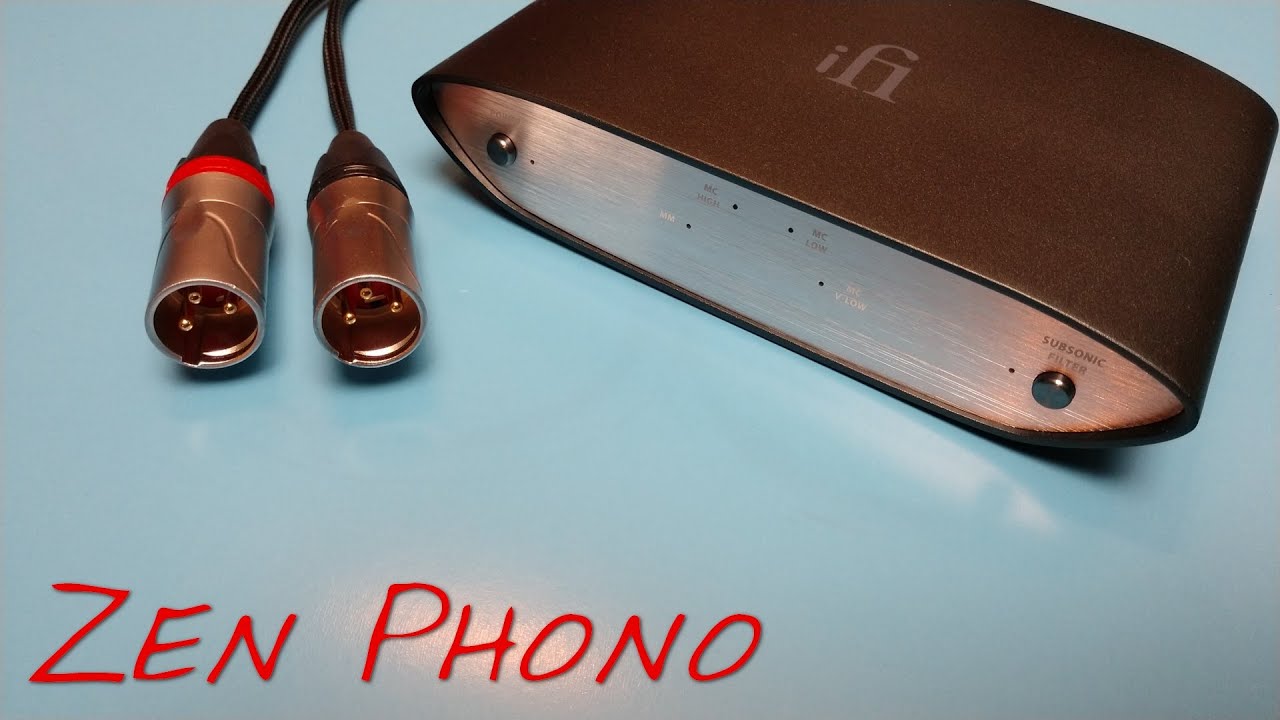 I like it because it is Balanced and sexy.

I’m biased, but it’s pretty dang awesome! Thanks for posting up interest Z

I am interested and looking between it, the Schiit Mani and the Rega phono A2D.

I’m glad Zeos did that review. Like most things with any other humans, there are things I agree with and things I don’t. Here are some of my thoughts if anyone cares.

Yes, lord yes, there are snobbish vinylphiles out there. $300,000 tables that weigh 800lbs, spin the platter with air, and use a vacuum pump to suck the record down are ridiculous. $15,000 Cartridges with a stylus arm made from sapphire and a semi precious stone body and hand wound coils nestled between vintage alnico magnet systems are plain silly. However, people trying to eek out that nth degree of performance from a spinning lump of plastic at stratospheric prices is in large part why we have really good affordable analog gear today. 20 years ago the cheap, Quality, phono pre to get was the Creek OB-8. It cost $199 in 1999. That’s $316 in today’s moneys. It had a power switch, RCA in and out, a ground nut, and a wall wart PS. That’s in. No switches for loading, no provision for MC carts, no rumble filter. It sounds fine with most MM cartridges(I still have one for the living room set up)but for less than half of it’s adjusted price(and still $40-$70 less of its previous century asking price)you can find a number of phono preamps that are miles ahead in versatility, features, and sound just as good if not better(it really was a giant killer in its day). $300 was the bare minimum to get into a table back then, well at least a new table that wouldn’t destroy your records. Now $129 can get you a decent enough basic TT that even has an upgrade path. So buy on you well-to-do audiophiles. Keep advancing the state of the art in record playback so the lower echelons rise too.

Yes, vinyl playback can be a pain. It certainly requires a more hands on approach than streaming or even cd playback. Records need cleaning, care in handling, they need to be flipped, they need to be stored properly, and the playback equipment is far more vulnerable to outside influence. However, once you become accustomed to the vinyl rituals, it really isn’t that much of a hassle. Also lets not pretend digital isn’t without it’s own hassles. Do you have the proper drivers? Does your equipment support that format? Is it copyrite protected? Did the streaming rights expire for that album? Did internet service stutter causing the stream to drop? Did you library’s hard drive fail? No, none of these are near as much of a hassle as a skipping record but the mechanical nature of vinyl playback’s problems make them easier to get my head around and solve for me personally. Trying to figure out that the invisible track number that one music software program puts in front of the track name was preventing a different program from loading and playing it had me tearing my hair out in a fashion I never experienced with records. Also, I think that the problems of both sides are exaggerated by the other side to justify their particular stance. I listen to probably 85% digital and 15% records but if I were honest with myself I’d put myself in the vinyl camp. I have in the past blown some of digital’s quirks out of proportion to make my case and I do hear a lot of vinyl’s problems presented in the same way. I’m still trying to move past that.

I’ll wrap this up with some of the reasons I like records. I really do like the way my record set up sounds. I run a pretty modest system with a Rega 2, Goldring Elektra, Schiit Mani set up and it consistently brings me oodles of joy. I feel like I would have to spend a lot more than the total cost of this set up to get digital to sound like this(or do a lot more searching and system matching). I like records. I like finding used gems for just a few bucks, I like the big, expensive, 180gm reissue sets, I like people giving me records they found in grandma’s house, I like the record sleeves, liner notes, photos and such that are part of the package, and I like reading the inscriptions written in the runout(records from small, indie labels will often have weird or funny things written there). I like supporting small record stores. I like not having to worry about copyright schemes, ownership rights, or any other digital flags. Lastly, I like the ritual. The act of purposely choosing an album, setting it on the platter and giving it some swipes with the record brush, lowering the needle, and sitting down to actively listen puts me in a space where I am ready to appreciate the music. It’s not just some random thing I put on while playing on the phone or something. Record listening is active and involved listening.

Are records better than digital? Nah. Even some 16/44.1 files or old fashioned CDs can sound about as good as records. Is digital better than records? Hell no. I have old, dusty pressings that mop the floor with fancy-schmancy DSD recordings in some regards. For me records are just a more engaging EXPERIENCE. I feel like I’m listening to the music for music’s sake when spinning records. Streaming is fantastic, having a repository of my own CDs(and Records)available to me at the touch of a button is a music lover’s dream come true, but I still turn to analog for serious music listening and if I am purchasing music, I look for the record first.

I have the ifi Zen phono connected to a Rega P1. It works just fine for me, I like the sound out of it. I do agree with @ZeosPantera that on an MM cartridge there could be more gain. I find that I have to push my amps higher than an output from a DAC.

I also concur with @Or_Astroman points on vinyl.
I don’t think it’s a vinyl or digital choice. Both have their merits and drawbacks and for me playing vinyl is more of a physical act akin to a hobby within listening to music.

Analog Productions makes some great audiophile re-issues including classical.
Some can get pricy like this one, but word is its fantastic.

But you can’t listen to Classical on vinyl. Vinyl doesn’t have enough dynamic range.
When a section of the orchestra plays pianissimo and then the whole orchestra bursts into powerful tutti, you can clearly tell that CDs are better.

And vinly will never have no cracks and pops inbetween which is not a bad thing with normal music but classical can be so quiet that those cracks and pops are extremely noticable and get really annoying.

Fair point regarding the dynamic range. But I guess thats why that Bach album is so highly regarded as its just him on the Cello so it translates well vs a big orchestra.
I do have plenty of vinyl that is dead quiet though and thats even when listening on headphones. In the end its great we have so many source options.

The $100-ish dollar phono pre-amp market is flooded with options.

I think the most important feature is having a gain feature at this price point. If you get that, you’re good.

I happen to like the Schiit Mani, but some people have some sensitivity issues with it as its prone to picking up the static, clicks, and pops if you don’t have a really clean, quiet vinyl.

I tried the Zen Phono…it was fine, but sent it back. Just stiff competition at this price point.

It’s funny because I listened only to classical (baroque actually) music on my TT.
I recently got in the hobby of thrifting vinyl during the pandemic, I get to discover some artists in a fun way and also feel like I’m giving these vinyls a new life. It does require some cleaning but I guess that’s part of the fun.

discover some artists in a fun way

Had so many happy accidents buying vinyl of artist ive never heard of. The jazz vocalist section is where i usually check out to pick out some random ones.

I have a U-Turn orbit with the attached phono pre-amp and I love it. I’m just running that into an AV receiver and then out to a pair of Elac Debut B6.2s, but as others have stated, there’s something special about the experience of vinyl that just listening on spotify or a CD in the car doesn’t quite capture. I think I tend to just stay much more engaged with the process of listening to an album when I go through all the effort of putting the disc on the platter myself. I also don’t have the tonearm dropper thingy (can’t think of the name), so when I set it up I have to place the tonearm down myself.

I definitely don’t think vinyl is like, THE ONLY WAY TO LISTEN TO MUSIC, but it is a pretty fun way.