Is there anything that sounds like the hifiman he 560?

I’m looking for something that has the bass, warmth and clarity of the he-560 for under $500 and preferably under $400. I got a used pair two days ago and they are already dead. The right driver literally blew itself apart. The couple hours I had with it was exactly what I want in a headphone and haven’t heard anything like it personally. After what just happened to me and all the other stories I came across while looking for a replacement driver I really don’t want to buy another 560 but I desperately want that sound. It had the best bass I ever heard and an aggressiveness while still being smooth. I already tried the Sundara and that isn’t close. I like it but it’s just a different sound.

Two days? Ouch. Your experience is like one user (on HF?) whose LCD-2 rev. 2 died on them shortly after receiving the used pair. Usually, older planars that lasted this long should be alright. Then again, back to the LCD-2 story, I believe the previous owner barely used them, so there could be something to that which led to its sudden demise.

Sorry to see what you had to deal with.

That’s a funny coincidence. The pair I purchased was the old wooden model with 2.5mm and was claimed to be new open box. He claimed it was only used when he tested it but at least admitted to experiencing an issue then. He apparently thought it was his gear claiming he read they are very hard to drive and he was using a cheap mp3 player with an adapter. I hope the LCD-2 guy got a refund. I don’t think I would be taking it this well if I spent that kind of money.

Have you tried talking to Hifiman about it? they may repair free or cheaply

Yes, I called and spoke to someone through their customer service email. I was told it was discontinued and they don’t have anymore he 560’s or parts for fixing them. Apparently they don’t offer service on that model anymore. They did offer me an upgrade deal for an Ananda at a fairly decent price though. I’m still waiting to find out if they want me to mail the 560 to them as part of the upgrade. The price seemed good but not sure if it’s worth it if I have to pay to ship the 560’s to them on top of everything.

They did offer me an upgrade deal

Good to know they offer some type of “upgrade” option. 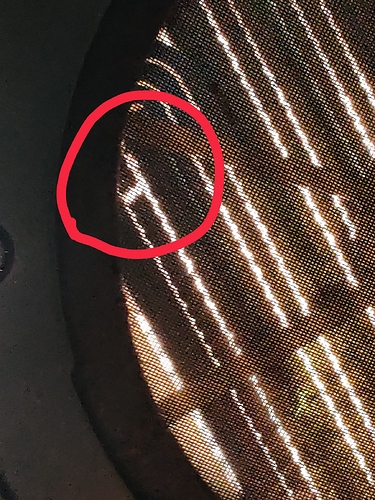 Maybe try somthing like the TR-X00 ebony or purple heart. They are warm and bassy with great slam and rather detailed imo. You should be able to find them used for under $500.

Another possibility might be the nighthawks for about $250 used. They are supposedly dark but still detailed and warm with great bass. Ask a member if the nighthawks gang for more info.

Both of the headphones I mentioned are biodynamic drivers so maybe look at headphones with that type of driver as well for more options.

Lastly, if you are willing to stretch your budget a bit, the LCD-2 might be up your alley from what I’ve heard and they can be had used for about $600 if you’re lucky.

Lol, I have been trying to get all of those you mentioned for some time. I have had no luck with the occasional 610 deal here and there. I may have to reconsider the Nighthawks. For some reason I wrote them off and it’s been so long I don’t even remember why anymore.

I’m glad you mentioned the LCD-2. I never heard one but if they have that big energetic nearly sensory overload while smooth presentation like I got from the 560’s I will get searching. Do you have any experience with the monoprice 1070’s or 1060C’s?

No I do not. @Hazi59 I believe has some experience and is not a huge fan. He could give you some pretty compelling reasons to stay away from those if I’m remembering the right person.

Haven’t heard the 560 but the Nighthawk definitely has fun bass and a smooth sound. Very easy listening, plus they are the most comfortable headphones I have ever worn so that helps also when you are listening for a long time. Might be worth trying if you can find some. They are a great deal under $300 used I think.

interesting. i wonder if something like that can be repaired at home

Have you considered the EMU Teaks? New about 450$ used about 300$ very nice from what i heard, warm and clear. I doubt the clarity of the Nighthawks and LCD being thier so dark

The 1070 I’d say is a touch warmer than the LCD-2, and I really enjoyed them, especially pad swapping to suedes/velours. The bass was very nice and full, pretty nice and even through the mids, and just enough in the highs to feel like you’re getting the detail. What they lack in is build quality. While I did find them comfortable, the headband felt flimsy. I considered modding them with an LCD headband, but once I got the LCD-2, decided to sell them.

I also enjoy the LCD-2 more with suedes, and while they are warm relative to something like an M570, M40x, or Helios, I don’t find them lacking in detail at all. They still manage to maintain a bit of sparkle up top with very solid and full bass and pretty lush mids.

Nighthawks are just a little different in presentation. They also have nice full bass and mids, but would be considered dark by some because of the presentation of the highs. The detail and clarity is there, it’s just more subtle about it in the presentation.

Of the three, I’d say the LCD-2 is the most aggressive signature/presentation, but I haven’t heard the HE-560 for comparison

The LCD-2, and the Audeze house sound in general, is considerably warmer than Hifiman’s house sound. In some of their cans (not all), Audeze has some weird treble peaks to compensate their recessed upper mids.

When auditioning the LCD-2 fazor (2019), coming from my HE-500, the LCD-2’s soundstage seemed really narrow yet featured cathedral hall-like tallness. It was warmer and mellower in attack than my HE-500. Since that audition, I bought two LCD-2’s (revs. 1 and 2 prefazor), and I’m happy with them (their soundstage more balanced than the fazors), especially the rev. 2’s, but they cannot unseat my HE-500. From what I read, the HE-560 is brighter than the HE-500 with more linear mids, so I doubt the Audeze house sound would be to your liking. Still, the Audeze’s can serve as nice complimentary cans if you can overlook their weight.

@FiCurious that’s interesting, maybe I should order a 1070 just to demo. Up until now most of what I heard on them made it seem like the are a relatively polite almost sterile sounding planar. I did listen to the sound demo a few times but they only seem useful when comparing to another sound demo.

@mbvjmc I definitely have to hear a pair of LCD-2’s. I don’t mind a warm sound and if there was one thing I would change with the 560 it would be the treble. Even the soundstage you described reminds me of what I got listening to the 560. It was more narrow than my 400i’s but had that life size feel to everything. The only thing that gives me pause is the mention of a mellow attack.

I appreciate all the help from everyone.

The only thing that gives me pause is the mention of a mellow attack.

Hi, i have had he560 since release and it was my main headphone until about a year ago. They are still running strong, except the hand band disentergrated and i have modded them with a softer head band. The he560 also needs alot of juice from the amp to get the full experience out of them, the gustard h10 I am using seems to do the trick.
I also have the night hawks and these are one of the most comfortable pair of headphones I have. They are very easy to drive and the bass is punchy and there is plenty of detail. I do find them to be fatiguing after a long lissening session though. I don’t know if it is the bass that causes this, but i feel a bit dizzy after a long session.
This might sound like a weird recommendation, but my favourite headphone is a blon b8 with either brainwavz pads or shure 1540 pads.
The b8 for me seems to have just the right amount of everything. Except sound stage, it has some but they are closed backs.
The bass is punchy but smooth, not bloated or taking anything away from the low mids.
The mids are present and guitars sound very good.
The highs are there but not as detailed as the he560, i prefer the highs on the b8 as I can still hear them, it just that they have a softer attack.
If you swap the pads for angled pads this brings out more detail and sound stage.
I bought mine on Ali express for $60, but the pads must be swapped. The stock pads have a muddy sound.

I am just A-B ing between the b8 with shure pads and the he560 with hybrid pads and the b8 is able to do everything the he560 can. Weirdly the soundstage is similar too.
If you like i can A-B between the headphones i have to see if i can find the closest pair i have. If you could let me know what kind of things you listen too them with. Like a few tracks or entertainment you enjoy, or games.
These are the hp’s i have, Hifiman He560, He400 (first edition), Senheiser 58x, AKG k702, Fostex T20rp with mayflower mod, Audioquest nighthawks, and the blon b8.