Kick panel speakers, gimmick or not?

So in my looking around, I’ve stumbled across this: 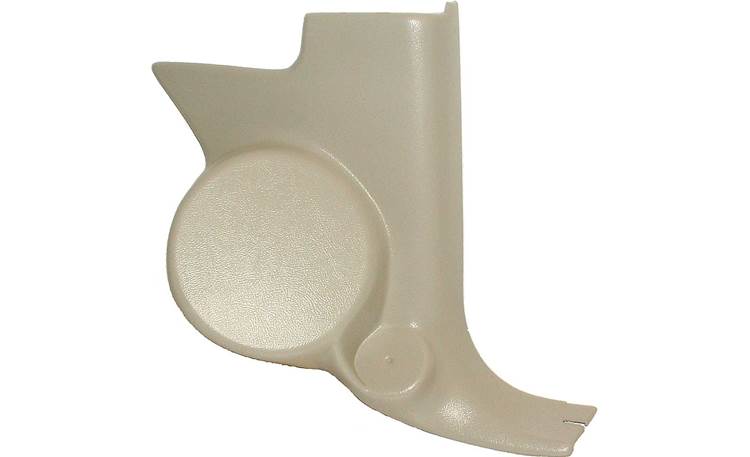 Now, the only information I can find is marketing about the soundstage benefit. Is this just a gimmick to throw your money at, or is it genuinely beneficial?
Also, if one would do this modification, would this be treated as yet another set of channels (thus needing a 6 channel amp and head unit that would support 6 channels plus sub?)

This kinda says it all:
"But why pay hundreds of dollars to an installer when you can do it yourself? "

If it would be sealed enclosure (~5l / 5.28 qt) and the selected driver would benefit from the sealed box.
Then the benefits are more there + better aiming at listening position.
That panel looks like its aiming the speaker more underneath the dashboard…? Can be a bad angle on pictures… The original position is closer to listener and flush aiming the sound little better to listener position.

So sealed box (kick panel) with proper driver and better aimed at listening position. Then the benefits are there.

These are the factory locations: 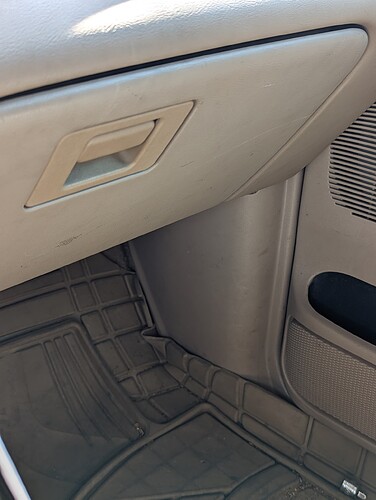 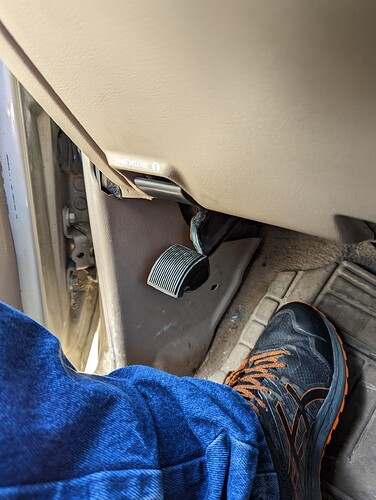 PXL_20220826_1901009541920×2550 357 KB
Yes, I’m aware that my floor is a mess, and the floor mat on the passenger side isn’t trimmed. I’m going to be replacing the carpet anyways as it has stains from before I bought it that won’t come out. I’ll be doing that when I add sound treatment/thermal insulation and run RCA cables and speaker wire for the amplifiers I’ll be getting. No, I have no idea why there’s a hole in the kick panel on the driver’s side, there’s no corresponding hole behind it.
The manufacturer does say the parking brake will need to be shifted 1.5" to the right (towards the center of the vehicle) if their aftermarket kick panel is used.
lrjshabaz August 26, 2022, 11:49pm #4

Gimmick? No, it’s just another cost/commitment you have to decide whether or not is worth it for Car-Fi. I’d never expand beyond a 2.1 system in a car. Good head unit - ideally one of the higher end Pios that has some PEQ and Auto EQ (or add DSP in the mix). I’d utilize these to replace your factory positions.

Can I get that in plainer English with less jargon please? Got woken up and screamed at by some asshat and my brain is not functioning at full capacity

He’s talking about a pioneer that has a DSP built in or a separate DSP (Digital Sound Processor). Great tools if you take time to learn how to use them.
As for the pods, they can be great as it brings the driver more on axis with your ears and generally takes less tuning to hit the sound you like.

I’ve been eyeballing the Pioneer AVH3500-NEX. Since experiencing back up cameras and Android Auto in a couple rental vehicles, I really miss it in my truck. Unfortunately, if I want a double din head unit, I have to make modifications to my truck, otherwise it won’t fit. Biggest part that confuses me is if I did install the kick panels and put speakers there, would I need to look into a six channel amp, and if so, works I need a head unit that has RCAs for that extra set of channels?

My other options for head units are stuff like a Jenson CAR910X, or a Boss floating touch screen head unit. Yes, I like knobs over buttons.

So you would have door and kick panel speakers?

That’s the idea in my head. Unless it’s intended to completely replace the door speakers

Yes it would replace the door speakers and I would run it that way so you don’t have any issues with phase.

My biggest concern with them being down around your feet, at on a sound level, is if I’ll lose the effect of the tweeter being mounted in the sail panel of the door, up in the corner by the a-piller.

You should still be able to mount the tweeter higher up if it’s separate from the woofer.

So here is where it gets tricky. If you mount the tweeter low with the woofer you won’t have time alignment issues but you will have a rainbow effect when it comes to sound stage. Ideally you want the woofer and tweeter close together pointing directly at you from the dash if soundstage is a big deal to you.

There isn’t going to be a correct answer for you. The best way to see what to do is a mock up, Play music, listen and see what you like.