Kinda wanna screw with this kit

Part of me kinda feels bad for wanting to do it, but I’ve got my reasons. Been trying to figure out a way that a buddy won’t be constantly forced to use his TV’s integrated speakers when he’s watching movies and stuff at home. Sadly, his space really doesn’t leave room for towers or bookshelves, kinda leaving things to soundbar territory. Had trouble locking down on something I’d actually be happy with giving him, and stumbled across this:

The issue is: the drivers are exposed, and he has a toddler that refuses to keep his hands to himself and doesn’t like listening. He’s 3 or 4. Last time he came in contact with my speakers, I had to pull it a sizable dent in one of the dust caps.

This leaves me with three options:
A) go with something pre-manufactured
B) build a custom cover
C) swap the drivers for something different

I’m tempted to go with C. For this I’ve eyeballed these:

Samsung U083L03SSK1 3" Poly Cone Passive RadiatorWe at Parts Express constantly hunt the globe for unique buyout opportunities so that we can provide our customers with the best products at the lowest cost. We are excited to offer this 3" passive...

The misgivings I have about this is screwing too much with the design and engineering.

Have you considered these? (seem toddler resistant) 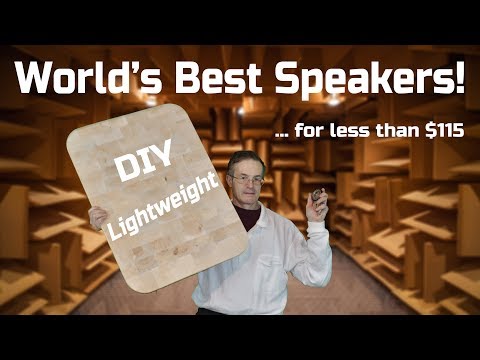 While it’s an interesting idea, they’re in a rented space without a drop ceiling. Putting holes in the walls/ceiling isn’t exactly a great option.

Makes me wonder if those speaker would work with stands or if it would interfere with their sound producing mechanism. After all the higher end Sony TVs basically use the same technology from what I understand. That would be another alternative, if your friend has a lot of money and want’s to buy another TV/replace the current one.

They just bought a new TV, so that’s kinda it of the question. The in-display speakers from my understanding have some significant drawbacks in sounds quality, not that a sound bar solution doesn’t either.

Yeah, I wasn’t sure about the inbuilt sound of the TV either, when I got one some time ago. They are much better than a laptop or monitor speaker, but still pretty bad. I use some active 5 inch bookshelf speaker on my TV and since I connected them the sound got much better. TVs lack a lot in bass.