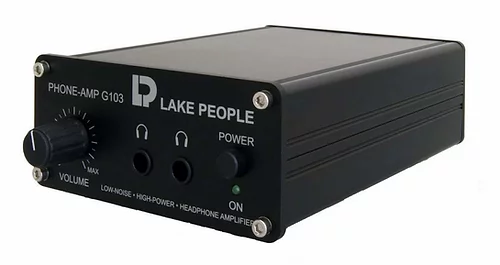 Peak under the hood: 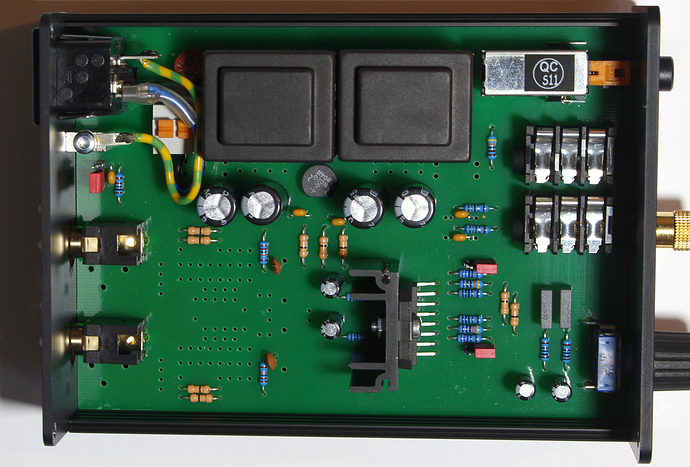 Do you want me to turn this into an official thread?

(kinda, had it only for two weeks now)

The Stupid:
(aka: Don’t try this at home)

Verdict:
For 240€ you get a clean (visually and audible) compact headphone amp that just does its job. Might be a tad warm leaning.
When used in a small space (rack, etc.), you may want to do forced airflow arround it.

Since there is no thread for other Lake People amps, i ask my question here. I got the G109S. Is it a problem to plug two different impedance headphones at the same time? Lets Say the Beyer 880 600 Ohm and the Sennheiser 6XX.
Or the Beyer 8800 600Ohm + Audeze LCD2C

Maybe this should be turned into an official thread now.

what is meant by the term ‘partial’ for the headphone outputs? I see two outputs and I think two things…it lets you use two headphones at the same time, so you can share with someone…or there’s one for each channel. but, there’s no L / R channel specified, so that’s more unlikely.

sounds like you need to order another ‘case cover’ so you can ventilate it.

it lets you use two headphones at the same time,

This.
As the LakePeople devices are studio focused, it is handy to just have to people listen to the same things. That was mentioned on the LakePeople product page (which no longer exists…)

On some of the Vioelectric amps the two 1/4" are Phase and Inverse (so basically the 4-pin XLR as 2x TRS.

so you can ventilate it.

If I had access to a mill, I would totaly attempt that. Right now I have a 92mm PC fan creating some air flow near it.

On my Vio V220 I use the two 1/4" at the same time to compare headphones. Not a feature that I was looking for, but cool to have.

How does this stack upto an Asgard 3? They are about the same price in eu.

Hello,
It depends on how you look at it.
From a purely manufacturing point of view, I would say that the G103 has the edge.
There are also two G103 models, the S for Rca and the P for Balanced input.
In terms of sound, the P will be a little further ahead of the 2.

On the other hand, both only offer a 6.3 mm jack instead of both for headphones like the Asgard 3, so the point goes to the Asgard again.

In terms of sound, I would stick to the article by @mon, who described them both very well.
It depends on your preferences and of course on the conectivity you are aiming for.
If your Dac has a balanced connection that is declared as an output, I would prefer that.

Both are very good amplifiers where it really depends on personal preference.
I would tend to say that the Asgard 3 is fatter than the Lake people.

Unfortunately, the market in Europe is somewhat curious.
Most of the good stuff comes from the USA and China, where you have to pay customs duty, but it’s usually worth it in the end.
In Europe, with a few exceptions, we have a very limited choice of amplifiers.
And the search effort for Europe is sometimes difficult if there is a dealer who represents the products.
I had the Schiit Magni 3, Vali 2 and Loki, which were all good, and I was able to sell them relatively quickly here in Europe, except for the Loki, which I rightly kept.
The Beresford Capella is not a bad headphone amplifier either, if you like the British style, it’s just right and available for about 220€.