Why do the Jimmy Page remasters sound like shit?God I wish there was audiophile Led Zeppelin recordings amongst other bands in the classic rock genre!!

The Mothership is probably the best

Yes it’s not bad…John Davis is probably one of my favorite remastererers lol !! I have a pretty good story to tell about Led Zeppelin Jimi Hendrix and the albums that I had I sold 2 milk crates for $300 when I was 20 years old I am 47 now I kick myself in the ass at least once a month for that! Those albums were given to me by my aunt who grew up in that time she seen Hendrix Zeppelin so they may have been original presses well anyway fuck me LOL. Thank you guys for being around because I feel like I have no one else to talk to about music instruments nobody understand except for me ,US… LOL

All the CDs cant buy today that i tossed in the center console of my car and in those case logic soft binders. Pretty sure got thrown in the trash when i left home. Chuckle.

I can’t remember which master it was, maybe the Japanese CD?, but there is one out there that doesn’t hurt my ears. My go-to are some Russian vinyl rips I found, though.

I quite like the Led Zeppelin remasters, orders of magnitude better than the first digital releases.
I have the “(HD Remastered Edition)” set as default in roon currently.

A lot of earlier material, there just isn’t a lot to work with if they want to stick to the original master tapes. I don’t find the Led Zeppelin remasters to be in that boat.
You want a terrible hires master try Bat out of Hell by meatloaf, that one is unlistenable to me.

what about them makes them so unlistenable? none of you say.

Bat out of hell specifically, the opening sounds like the piano was recorded underwater in a phone booth, the vocals are excessively sibilant (not massively unusual for music from this period), and there is little bass content in a track that at least on vinyl had it.
Excessive treble and limited bass aren’t all that uncommon on 70s/80s rock and metal. but Bat out of hell couples that with nothing being particularly clear.
And it’s been remastered to sound like that.
Now who knows what they were working with when they did the remasters, could just be crappy source material, and it’s been a LONG time since I heard it on Vinyl.

As I said I liked the LedZeppelin remasters, many early CD masters were done directly off Vinyl masters and sounded terrible, Vinyl was better with high dynamic range content and there is a limit to how much bass content you can put in a recording. So running the same material directly sampled a 44/16 tended to exacerbate tape hiss and make it sound less than dynamic.
Most of the early remasters applied a degree of compression (that didn’t get excessive until the 90’s) and clean up the tape hiss, which made everything sound clearer.

have not listened to the meatloaf remasters. about to check them out.

what about them makes them so unlistenable? none of you say.

Shitty recording back in the day. You can only shine a turd so much…

i agree. i just feel the masters are still much better then the original releases. was curious why the masters were being targeted. most 50’s 60’s and 70’s music is recorded poorly. a combination of factors. the 2 biggest being cost of a good recording and need of a good recording with most people having crappy playback methods. ie despite it being the record era, most people still listened to radio as records and their players were expensive.

Are you talking about the remasters that were released in the 2014-15 timeframe? I haven’t heard any issues with those. The sound pretty good, IMO.

That depends on the genre. Jazz music from that time period is some of the best recordings ever made.
Check out Dave Brubeck’s Time Out. Its unreal that it was recorded in 1959.
But to the subject at hand, I have a copy of Zep II cut by Bob Ludwig. Even in less than great condition it blows away any other copy of that album. It would be fantastic to have a fresh reissue like that in both hi rez and vinyl. 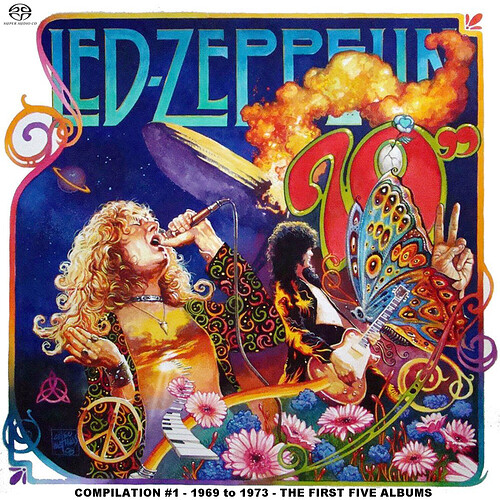 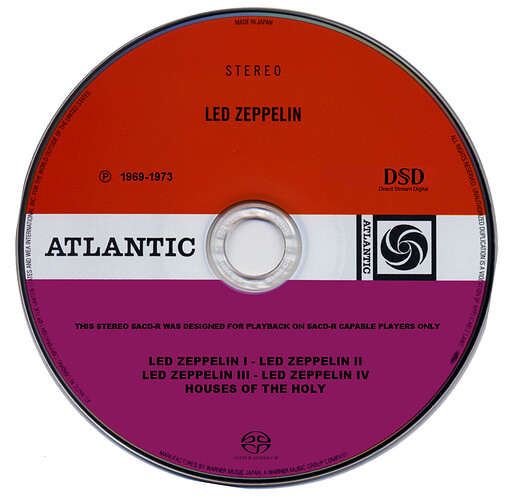 Disc1500×1455 325 KB
I just found this, I don’t know if is official or not, I want to know what you think about it, if there is any difference with other releases. If you heard any difference
https://mega.nz/folder/JlwwkYoS#dOz_FqDV9R0Z9P7c3QVBmQ
sorry if this is pirate music, if this is wrong I’ll delete it. but I haven’t found a way to get it on any other site
Flaculence April 20, 2021, 8:30am #15

ACDC back in black remastered. Every track is over 9dB RGgain.

Had a similar experience recently. It feels like the vocals and guitar are pushed way forward and the bass/drums are blended together and thrown in the back. I really wanted to hear Bonham’s drums and it all sounded rough and meh on Zep 1 and 2.

Where can I download?? Really wanna
check it out Thanks

just use that mega.nz link