I thought I would throw up a post here for my favourite speaker designer. Having owned Magnepans in the past, I knew that I wanted something that would be omnidirectional and not have that ‘monkey coffin’ box sound. After some research, I finally bought the plans and made my own Pluto 2.1 speakers. They look something like this: I have yet to get around to it, but will in the future will be making the newer version of this speaker - the LxMini (probably with a couple of subs.) In short, for $1200 you can try out the last speaker (he sadly passed away in 2017) designed by one of the world’s foremost sound engineers, and whose crossovers are still found in all of those obscenely expensive speakers one sees in audio boutiques today!

Just so you know it is not just cheapskates like me praising this design: 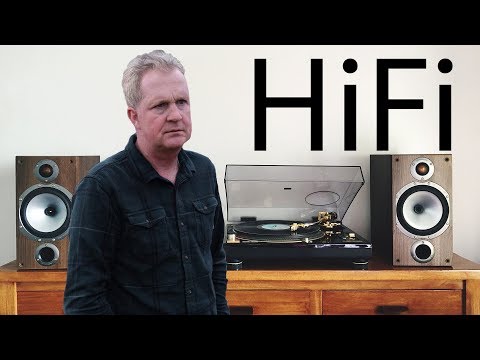 those are a unique looking speaker.

is there a bookshelf version?

Afraid there is no bookshelf version, and you would have to do/know quite a bit about audio design to create such an implementation (There was someone on the forum at the Linkwitz Lab site who asked Linkwitz about that, but he was not interested in pursuing such an option.) The issue is that everything from the volume and length of the pipe up was specifically engineered for reasons and on the basis of calculations that are completely beyond me - though you can find all of the technical explanations on his site http://www.linkwitzlab.com, and so someone with much more know-how than I could probably figure it out. One thing about the speakers is they do need quite a bit of space (at least 1ft off wall, 3 ft forward ideally) to perform their best, although they are supposed to be listened to near-field.