Looking for 3 types of headphones under $1000

Best studio reference headphone under $1000: where soundstage, imaging and clarity are high quality.

Most fun open back under $1000: something to take a break from being analytical and just enjoy and listen to music. Clarity still important. (Think of Z’s HP3 review except cheaper?)

Most fun closed back under $1000: something to bring everywhere, however does not have to have ANC. Semi-open is still welcomed! Looking for the same things in the previous open back category.

Planning to run everything through a THX AAA 789 with a RME ADI-2, and for portable a Monolith by Monoprice.

Eh, the ndh and the elegia are awesome, but do you really need the elex after you have the elegia? Although I wouldn’t call the elegia “fun”, as it’s kinda of a better studio headphone than the ndh 20 to me.

Thank you! Just for variety sake do you have planar alternatives (just cause I’ve never messed with planar yet) and an IEM that’s also fun?

Well in his defense I asked specifically for a closed back that’s also fun.

I’m open to your recommendations as well!

I just wanted to clarify that I personally wouldn’t consider the Elegia very fun compared to something like argon’s or fostex the/tr X00s. They are really good closed backs, but I would say they are more on the analytical and neutral side than fun (unless you find that fun)

Also a fun closed back is the campfire Cascade

Yea I was thinking of the Argons and maybe even the new T60 mod they’re coming out with. But I just wanted to see what others thought especially since I have the higher budget. I’ve never heard the Klipsch HP3 but Z’s review of them is basically what I was looking for in an open and closed. They’re obviously above the price point I was looking for tho. I want something that’ll make me wanna dance and enjoy the music.

Argon’s will do that, but they might not sound as good portable due to the lack of power they need to really slam. The monoprice portable is great, but IDK if it really has enough power to fully satisfy the argon’s, compared to something like the 789. Don’t get me wrong, it will work with the portable just fine, but in my experience the argons sound the best out of a desktop class amp. Also the wait on the argon’s is brutal (although this is coming from a very impatient person)

Well for fun, it’s hard to beat the argons, but the fostex th/tr-x00 purplehearts are a really v shaped semi open, the meze 99 neo/classic are basically a higher end beats sound signature, the campfire cascade is a really fun high end headphone that’s pretty portable (biodynamic like the fostex, even better than the fostex imo), and that’s all I can think of for fun closed backs off the top of my head.

For the studio, I do agree with PapaEmeritus on the NDH 20, but personally I feel they are more suited towards a mixing headphone rather than a studio reference. I think the Focal Elegia is more of a studio reference, and is more neutral and detailed and clear than the ndh 20.

Open, there’s plenty of options, but the LCD 2C is definitely a great choice for a fun, high end, planar.

Eh, the ndh and the elegia are awesome, but do you really need the elex after you have the elegia?

I own both and personally I consider them very different. I enjoy the Elex at home where I can enjoy an open back headphone, and I use the Elegia at work where I need to listen on a closed back.

I do agree with PapaEmeritus on the NDH 20, but personally I feel they are more suited towards a mixing headphone rather than a studio reference. I think the Focal Elegia is more of a studio reference, and is more neutral and detailed and clear than the ndh 20.

I owned the NDH before I owned the Elegia. I loved the sound of the NDH a lot, probably more than the Elegia, but in the end, the NDH is not a balanced headset, and just is not comfortable to wear for long periods of time. My NDH ended up becoming very loose at a hinge point on one side. I was worried about its longevity and in the end decided to return them. The NDH’s isolation is second to none when comparing to all other closed backs minus noise cancelling headphones. The NDH would probably be my #1 choice for recording vocals.

The Elegia on the other hand is more detailed and is more clinical. It is also extremely comfortable and does not sound like a typical closed back headphone. The Elegia’s, along with all of Focal’s line up build-quality are phenomenal. I wish the Elegia had a tad more bass and more impact, but other than that, it’s really a fantastic closed back headphone. In the end, the Elegia is what I decided to keep, but I’d miss the NDH in a recording situation since the Elegia does have vents, so it’s actually a semi-closed headset.

I’ve never heard the Klipsch HP3 but Z’s review of them is basically what I was looking for in an open and closed. They’re obviously above the price point I was looking for tho. I want something that’ll make me wanna dance and enjoy the music.

ZMF Aeolus for slam and impact. HP3 to relax and have a drink with.

Can you tell which one I went with? 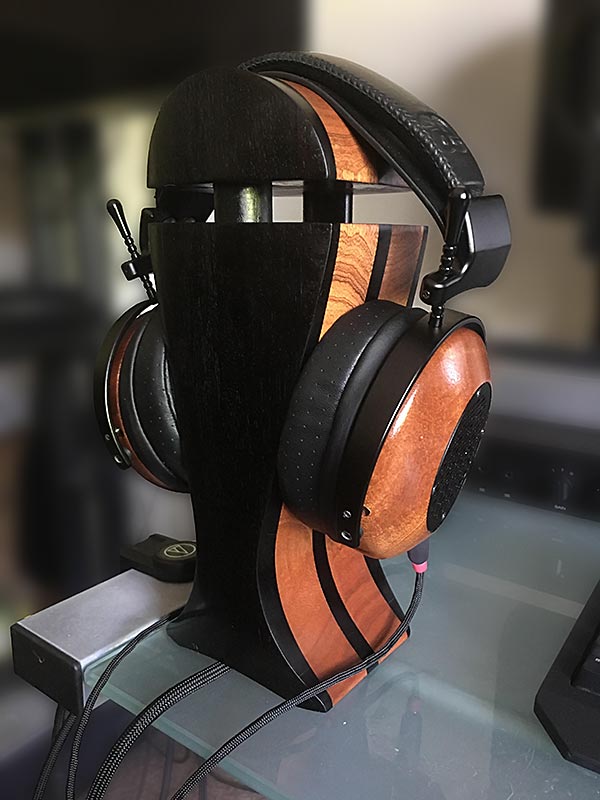 Hmmm so as far as studio reference you guys would pick the Elegia? Is the hype over the DT 1990 pro just for its price-to-performance or am I overlooking it?

Is the hype over the DT 1990 pro just for its price-to-performance or am I overlooking it?

The 1990 Pro needs modding to meet its full potential. Joshua Valour is a big fan of the 1990 and even suggests how to mod it. Personally, I’m not a big fan of Beyerdynamics. If you’re looking at that price range, you might want to check out the Sendy Aiva.

If you want fun for under a grand the ZMF ori should be looked at. I bought the Argon to compare and it really shows how much more could be done with the t50. Took me all of one song to box the Argons back up and sell them. They are good for the price but if you’re lucky the Ori can be found used for just $200 more. Theres a reason most people keep theirs. Doesn’t hurt that they look a lot better too.

Sendys are also a great choice as well, very comfortable and built well as long as you don’t mind a bit of driver crinkle. I did prefer the sendys over the 1990 pro, although the 1990 pro has a bit more bass over the sendys

Edit: although the sendys are not really a studio headphone and prob wouldn’t pass as a studio reference

I own the Sendy’s and I’m not a big fan of how they sound personally but a lot of people love them including Zeos. They have amazing clarity and detail but as you said, they don’t produce as much bass as I’d prefer and they are treble heavy and I’m sensitive to treble. Big pluses for the Aiva’s are the build quality and comfort. You’re getting a deal with the Sendy’s at 600 bucks! I just wish they were a little more relaxed with less highs and more bass.

So if not for reference it seems like the fun clear open back is between the LCD2c, Elex and Sendy?

For a reference headphone well? So basically my options are Sendy, DT 1990 or the NDH20?

So if not for reference it seems like the fun clear open back is between the LCD2c, Elex and Sendy?

Never auditioned the LCD2c. I much prefer the Elex to the Sendy. The Elex is close to my perfect headphone, especially for it’s price. I LOVE it! I’m a big fan of Focal in General.