Hi all, i ran across a pair of these and all the info i can find on them is they were built late 60s early 70s. They look solidly built and something current klipsch would envy. Does anyone have more info or even a general though on how older speakers hold up to something modern day.

My family had a system with a Garrard turntable with a changer; a Harmon Kardon integrated amp; some reel to reel or other… and Criterion speakers. I don’t remember the model but that grille cloth is bringing back the memories…

Criterion were made by the consumer line electronics store, Lafayette. Like Realistic was made by Radio Shack.

I think they were considered ok for the money, but not really even beginner-audiophile grade (like Advent was). But take this all with a grain of salt — I was damn young and am going by memory here. I also don’t remember what model. And I just know what sort of budget my folks had toward such things!

Edit — this is interesting. They mention Criterion speakers coming from various countries/OEMs: https://en.m.wikipedia.org/wiki/Lafayette_Radio_Electronics

From what i read is these were around $100 in the early 70s. But realistically are not anything crazy. I saw them in an open house and even though i think the house may be too kuch for me maybe the speakers are a good catch. But most likely just a good garage pair for $20-40 bucks. I like the cabinet and maybe its worth putting different speakers in the enclosure.

I still use vintage speakers to this day — slthough not “as” vintage and they were higher priced than the Criterions. I have some Synthesis speakers (which were made by Conrad-Johnson in the late 80s/early 90s ). I think they stand up extremely well. The cabinet probably has not stood up as well as those 70s Criterions though! I think you may be right about them being a good choice for “garage speakers” or worth it even just for the cabinets if you are handy with switching out the drivers and such. (I am decidedly un-handy and lack a garage… )

If you search “Lafayette Criterion 3x” you’ll find at least a few posts from some audio fora, with some pics … people are relatively fond of these still from what I gather; pretty much a bunch of advice to replace the crossover caps if it’s never been done and to enjoy. I found this vid posted — with the caveat that one of the drivers on the right side wasn’t working “yet”… 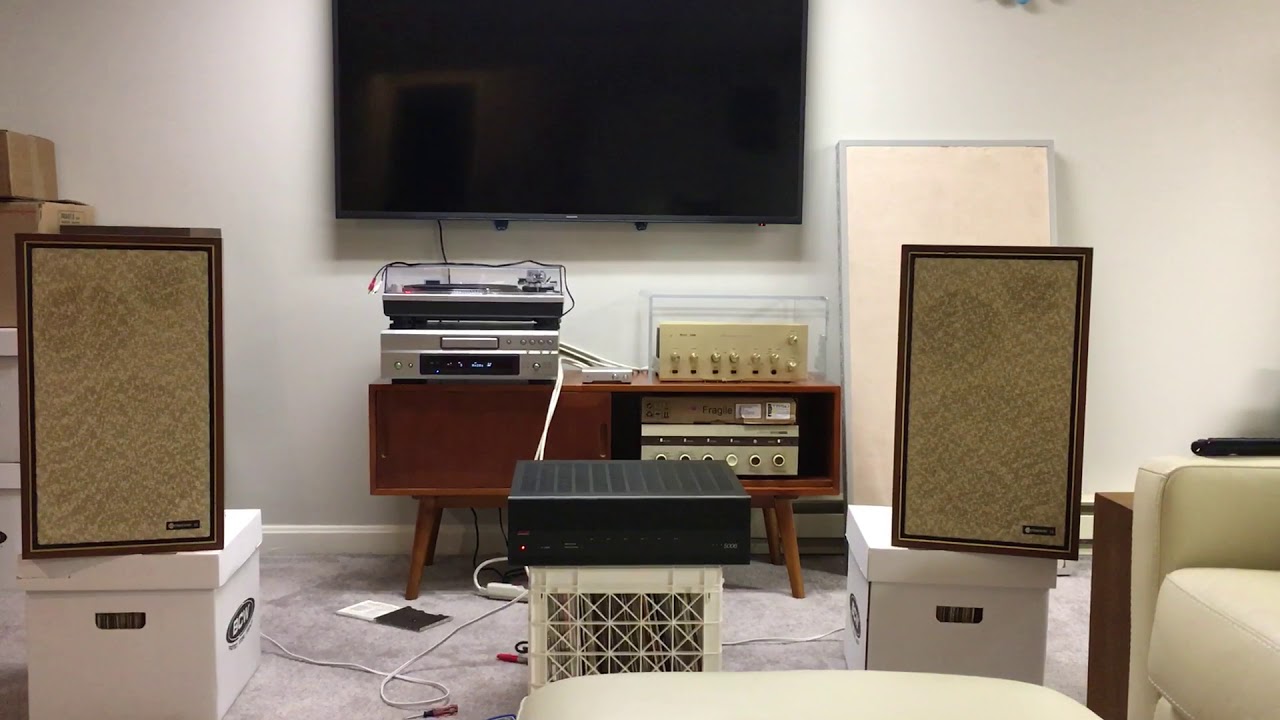 I think in the end it would be a good garage pair or project pair. Ive been loving the vintage speaker look and was hoping i had a find.

I think they look great too, cabinet and grille cloth both!