Goal: I want to listen muzek (flacs) in good quality sourced from my phone using my ATH-M60x’es and don’t have 2 dongle with the dongles any more

Don’t wanna get into the MicroUSB market becauze fuck MicroUSB, fuck having extra wires, and I also have #PTSD (who hasn’t?)

Is there anything good on the horizon, friends?

So you wouldn’t consider something like a fiio q1 mk2 (no Bluetooth though) even if you would just have to get a cable like this?https://www.amazon.com/dp/B0744BKDRD/ref=cm_sw_r_cp_apa_i_1IatDbZG5MSM4

Edit: because there isn’t a lot of portables in this price range that have adopted type c

Yee I mean maybe my snobness ain’t helping me in this particular case. I just want technology to suck my dick in some ways. Guess I’ll just settle for a bag full of Lays

(but honestly MicroUSB was a yuje blunder! )

And I don’t wanna touch it

TBH I have more issues with type c then micro b, but that’s just me.

Apparently sabaj makes a dac amp in your price range with type c. Have not heard this one though (but no Bluetooth) 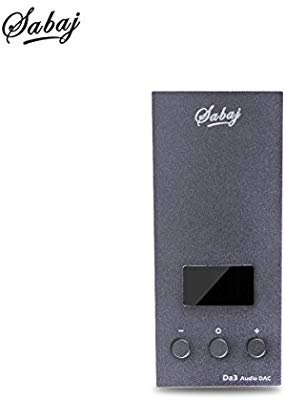 Edit: the FiiO BTR3 (has Bluetooth) also has USB type c for use as a dac

You could also get something like a FiiO M6 (has Bluetooth) or other actual dap and use it as a dac. (Has type c)

Edit: the FiiO BTR3 (has Bluetooth) also has USB type c for use as a dac

Yep, the BTR3 has USB-C and Bluetooth, and supports LDAC for preserving as much as possible of your shiny FLACs.

I would have recommended that over the btr3 but it had micro, so…

Not entirely sure what the big deal is with USB-B micro since it’s only going to be used for charging anyway. AFAIK it’s a myth that it breaks more easily. The only major difference is you don’t have to care which way you’re inserting the USB-C, and even this can be solved for micro-B with some symmetric magnetic adapters.

Honestly I’ve had more types c fail on me then micro b connectors, but type c is kinda necessary for higher speed connections like 3.2 gen 2 or thunderbolt. The micro b connector isn’t up for the task, but I would rather have a full size a port then c tbh

<Sry if it sounds like a political joke. It ain’t >

(I guess there is expansion slot, but, but

It doesn’t need to be fast since you would be using at as a USB dac, the interface speed wouldn’t matter. Also your limited by your price range if you want a fast dap, along with the usb c requirement

I forgot the m0 has type c, that would work well too