Just thought I’d share this mic I picked up as a Modmic alternative while playing on the PS4. Only $20 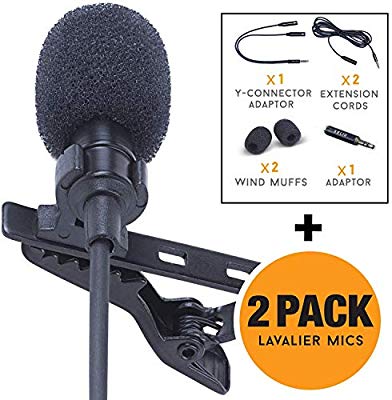 
It works VERY well and voice quality is solid, probably better than most gaming headsets. I just plug the mic directly into the PS4 controller and clip the mic to the headphone cable.
I personally don’t like having to apply little magnets to all my headphones for the modmic, so this is definitely preferred for me.
M0N October 5, 2019, 10:14pm #2

Wow that’s only $20. Though personally I prefer using microphones with good voice isolation, which this doesn’t appear to have. Most of my friends use crap mics which pick up way too much environmental noise.

It’ll be by use-case, I suppose a uni-directional boom mic might be better in some cases, but I’ve found this mic to do a pretty good job, along with the PS4s built in noise gate to not pick up my noisy portable AC at least. The mic doesn’t trigger unless I’m talking. It’s cheap enough that it’s worth trying out for some people, I think.

It’s cheaper then buying a analog mic and then an interface, and imo can yield better quality then some gaming headset mics. TBH the cheap 20 ish dollar lav mic I bought is much better when the antlion modmic wireless a friend has. But it can’t stand up to other more traditional xlr mics I have. Honestly only bought the cheap lav because I needed to meet a price so I could have free shipping lol, but was pleasantly surprised. Also can kind of scale lol with better gear. If I hook it up to my main mic setup (or other studio gear) it gets better

I can concur, I’ve got the modmic wireless, and while I haven’t A/B tested it, from memory the voice quality on this mic seems better, more full.

It’s because with a wireless mic like that, you have to sacrifice the quality for high speed low latency wireless, and that really does not sound the greatest imo. Also there is also some digital background noise reduction and compression added I believe, so that adds to the subpar sound imo. But the convenience on the modmic wireless would be nice, but since I would just use separate mics on a desk or on a studio it would not benefit me.

Ah, that makes sense. Thanks!

The actual capsule in the modmic wireless probably isn’t bad at all, it’s just that it has to go through those steps that degrades the sound quality. That being said, I don’t think antlion designed the modmic wireless for the utmost quality, but rather wanted to make a product that would be convenient and work easily.