So my Variations arrived and I have been listening for an hour or so and would like to share my initial impression (subject to change):

I will do some more listening and ABing, but so far I think, I will probably try to return the Variations. I had really high hopes, but oh well… I learned the lesson already before: don’t expect an expensive IEM to sound better than a great 20$ IEM. At least now I pretty much listened to all IEMs I wanted to listen to (or at least I could afford to listen to :D)

Ok, I did some ABing. I compared the Timeless, Variations and Mest MK2 and if I had to get rid of one, which would it be?

With that I am pretty sure I will get rid of the Variations, after a day or so of more listening/evaluating.

With that I am pretty sure I will get rid of the Variations, after a day or so of more listening/evaluating.

You remind me of someone

I barely listened to the Variations as the hollowness after the sub bass was something I expected and it was just as I would have thought.

I really thought it sounded good though for whosoever is into that tuning (sub bassy then skip to mids). It guarantees a certain clarity with no possibility of mid bass fuzz. I for one can’t skip mid bass, even as someone who leans harder into sub bass typically.

That is what was disappointing to me: The timeless and mest still sounded clearer to me. When I was extensively EQing the B2 the midbass tuck did wonders though.

I’m interested to try out the MEST MK2 if I’m able to now.

The midbass and the male vocals in the mids of the variations really is it’s weakness, but due to me not being much of a basshead, I’m quite lenient to it.

I’ll never forget when a friend of mine who is a basshead tried the Variations and she went “I don’t hear much bass…” and she listens to Kpop like I do and listens to more bass-heavy tracks than me. I gave her my Fiio FD5 to try and she loves that tuning instead. She still loves the Fiio FH3 that I gave her.

I just noticed when seeing resolutions picture of his set, that mine didn’t came in a plastic wrap/seal… so far all my interactions with shenzhen audio were subpar… don’t think I will order there anything again.

But what I really wanted to share: Since I wanted to sell my Variations and I had it laying around here anyways, I thought “why not give it a second try”, since I really just listened to it for 2-3 hours before repackaging it. My second impression was pretty much like the first one, until I noticed, that the tips cover the nozzle holes to some extent and I saw that the Chu’s spring tips seemed to have a wide boar. To my surprise I could fit the spring tips on the Variation’s nozzle pretty easily and it really doesn’t cover the nozzle at all. With the spring tips pretty much everything improved, I feel. Better bass, clearer highs, more stage. I know about the power of tips, but I guess I should pay even more attention 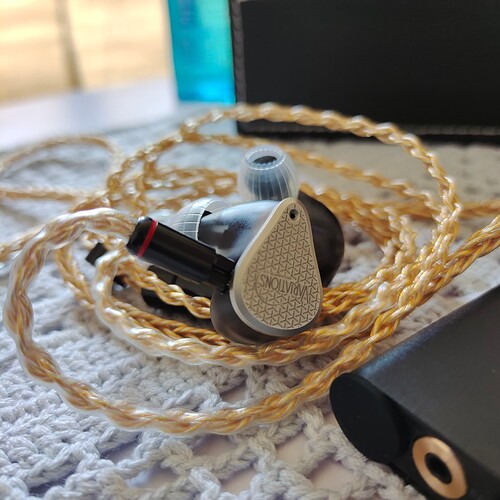 My Spring Tips just came in yesterday and I’ve been using it ever since.

I can vouch for @lilhm . It’s not a night and day difference for me cause I’ve been using the variations as my daily driver with the spinfits cp145 but yes. The mid-bass feels kinda fuller to me while that sub-bass still retains.

It definitely sounds slightly warmer for me but I didn’t mind it since the rest of the sound remained intact to my liking. I’m able to use it comfortably while I’m working in long sessions.

These tips might just stick to my variations. The bass rumble is just

I need a link for that cable!!!

Looks like the XINHS 4-core graphene with custom connectors. 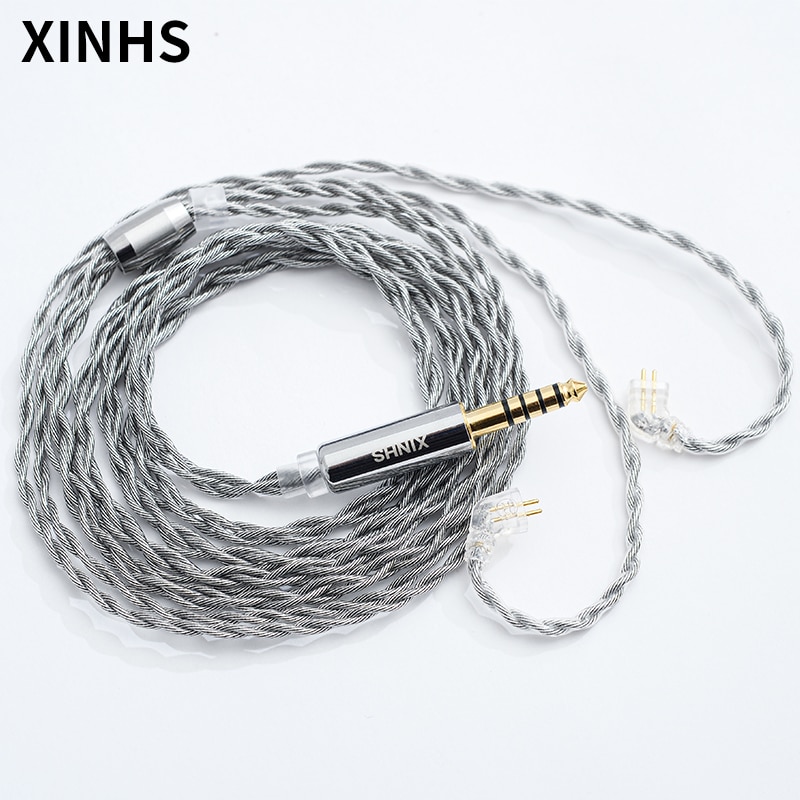 So spring tips are the best choice for variations?

Well I am not in the best position. This thicc nozzle is really uncomfortable and spring tips and even cp145 get uncomfortable after some time. I probably do I need a S size CP155 for this to be comfortable. Never knew I had a small ear canal. With normal size nozzles I usually use Medium ones but once I come across something that goes deeper it’s a trouble (FH3)

I’ve read extensively that CP 155 is a preferred tip for Variations. Also the Monarch mkii. Outside is those two, I’ve rarely seen it mentioned.

Ah. I totally empathize with your situation.

Like you, the Variations were too thick for my ear canals. I tried many tips - CP145, CP155, S and M. For me, I believe M gave the best seal but the thickness made it less comfortable than the S.

I ultimately gave up on the Variations and sold them. Fun IEMs while it lasted but the sore ear canals were a deal breaker. The silver lining is that there are other IEMs out there to fill the void. After sometime, I have found alternatives that I actually like better than the Variations. Have not looked back since.

Hope the new tips make a difference but if not, the IEM world is large and diverse. You will find something that fits better and sounds good.