So nothing really changed besides the name? Will it now be the Dan Clark Audio Ether C Flow 1.1? That’s pretty long lol. Also I feel like people will still refer to them as MrSpeakers like how massdrop is drop

From my understanding, Mr. Speakers is being renamed Dan Clark Audio, and the Aeon series is being revamped with the Aeon 2 lineup. They are now collapsible, and the driver has been tweaked.

Well that’s cool then, the aeon was a pretty great headphone besides the compression issues I thought they had. But more portable would help them out for sure

According to the video, Apparently the name change was due to people outside the hifi community getting confused because they associated the name with loudspeakers and as they expand to international market the name MrSpeakers translates poorly.

I wonder when they’ll simplify their logo to DCA

Yeah I dont know either clark says the name they settled on is because his name is known in the industry and it would therefore take less time for people to readjust to the new brand rather than if they picked something esoteric.

Also I really dislike that new logo from an aesthetic standpont

I guess I can see that, but I do think they should have at least kept the logo

The video gets down to the meat and potatoes of the acoustic improvements for the Aeon 2 models vs the Aeon 1 series at approx 8.00 until 13:00. I guess it’s geeky but very interesting info from Dan as to how they went about increasing the sound stage size – which Jude is touting – plus their rationale for tweaks made to the overall tuning. No mention of addressing the dynamic compression issue that I could detect.

Yeah, the compression is the biggest thing that bothers me imo. I put up with it on my c flow 1.1, but I would prefer if it didn’t have it, but that could be part of the Dan Clark sound that he and others enjoy

Yeah I’m not sure though according to everything I’ve read. The driver is completely new in the aeon 2

'Aeon 2 sports an all-new motor assembly directly derived from the award-winning Ether 2 flagship. The new motor flips the magnet and flow structure to the outside of the headphone and uses the same high-precision machined airflow system as Ether flagship headphones. Dan Clark says this results in a “major upgrade to resolution, soundstage, dynamics, tone, and imaging.”

Well I hope that’s the case, as I wouldn’t mind selling my ethers for an aeon2

Also that logo really is eh imo. It’s like they went on Fiverr or some premade logo site lol 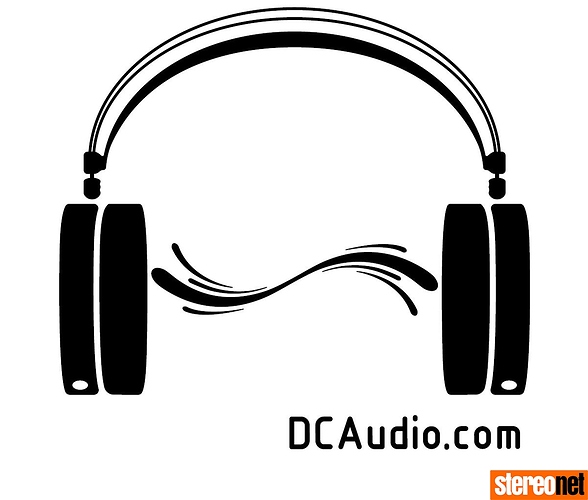 We don’t know from the video one way or the other whether there’s been a change to the compression level, so guess we will have to wait for reports from someone who can hear this aspect of sound reproduction.

Thanks for pointing that out. Unfortunately, the reviewer does discuss dynamics or compression one way or the other. But

The implication of a major upgrade to dynamics in the quote above is at least promising.

Noticed that. Very strange. In the Head-fi video Dan specifically said they wanted to extend into other product areas. So they take a market-recognition hit by changing the company name to get rid of the limiting association with loudspeakers. Then they turn around and release a logo that ties the brand name to another single family, even if it’s the more appropriate one of headphones.