Does there exist a quality switcher (A/B selector) to switch between the output of two amplifiers into a single pair of stereo speakers? See attached image. 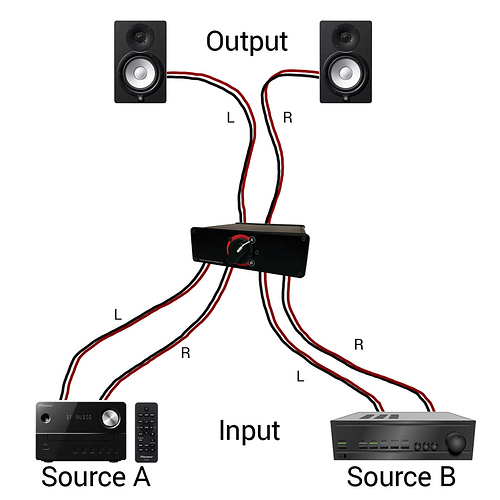 I have to imagine, as people would want to test the differences between two amps into a single pair of speakers, a device like this would make sense. This would make switching between the two amps easier, rather than unplugging/plugging speaker wires.

Yes they exist, the big box brick and mortar stores used to use them to demo gear.
quick 2 s google search 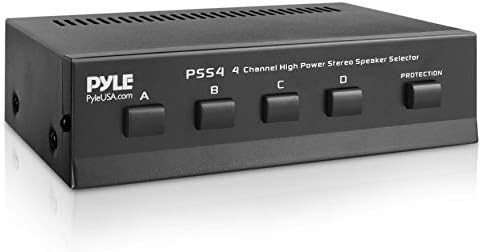 It’s a passive device you you just run it backwards for what you want to do.

The only thing to be aware of is some higher powered Tube amps in particular do not like not having a load connected, and will blow a fuse if you disconnect the speakers while they are turned on.

Your also going to want to turn the volume down before switching, if there is volume mismatch, or a phase difference between the amps there is a good chance you’ll get a loud POP into the speakers when you switch.

The only thing is, the device linked, seems to only split the signal, therefore having power continuously being delivered to all outputs simultaneously. If wired in reverse, this could run the risk of overloading the speakers if all sources were active at the same time. Curious if there exists a device that would isolate the power, as to only connect one output at a time, preventing a possible overload.

Don’t the buttons on the front select the output?

The device linked says, “Speaker Selector Can Play 4 Sets of Speaker at the Same Time”, which in reverse would mean, multiple amps would be delivering signal to the speakers at the same time.

I just linked the first thing from amazon, I wasn’t suggesting it. I’d do your own research
This one specifies 1 at a time

There are going to be lots of them, I personally prefer rotary switches for input selection.

Here’s a very simple one
Simple Selector From Amazon.ca

I wasn’t sure if you could run a switcher in reverse. This was very helpful. Thank you.

If you want a high quality one, I’ve used this one for several years. It’s great and specifically made so you don’t blow up your speakers by sending two signals at once. TC-7220 2-Way Amplifier Speaker Selector Switch Switcher Comparator Crossover Router.

I don’t think all of the ones linked earlier in the thread are specifically for amplifiers. It can be dangerous trying to run those speaker switches in reverse.